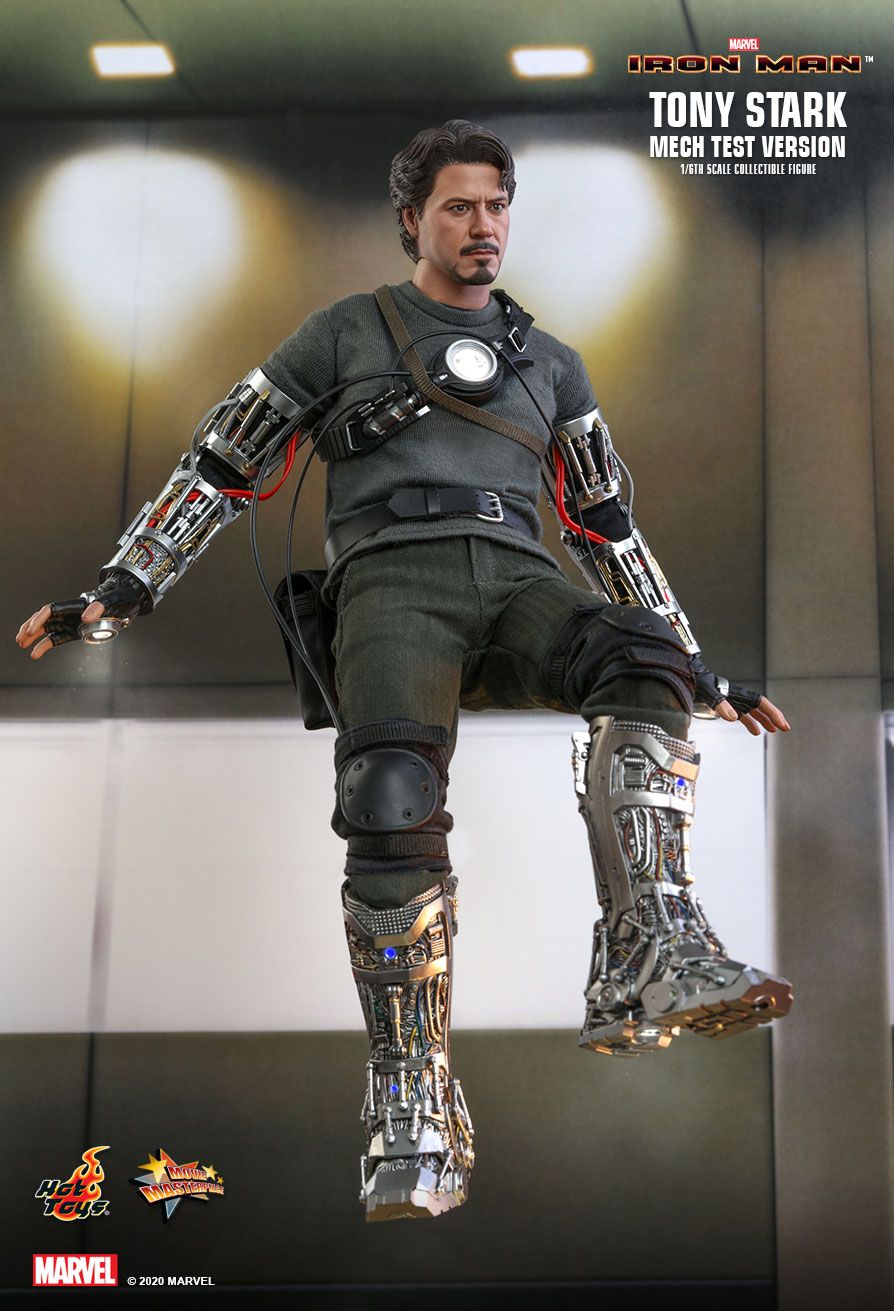 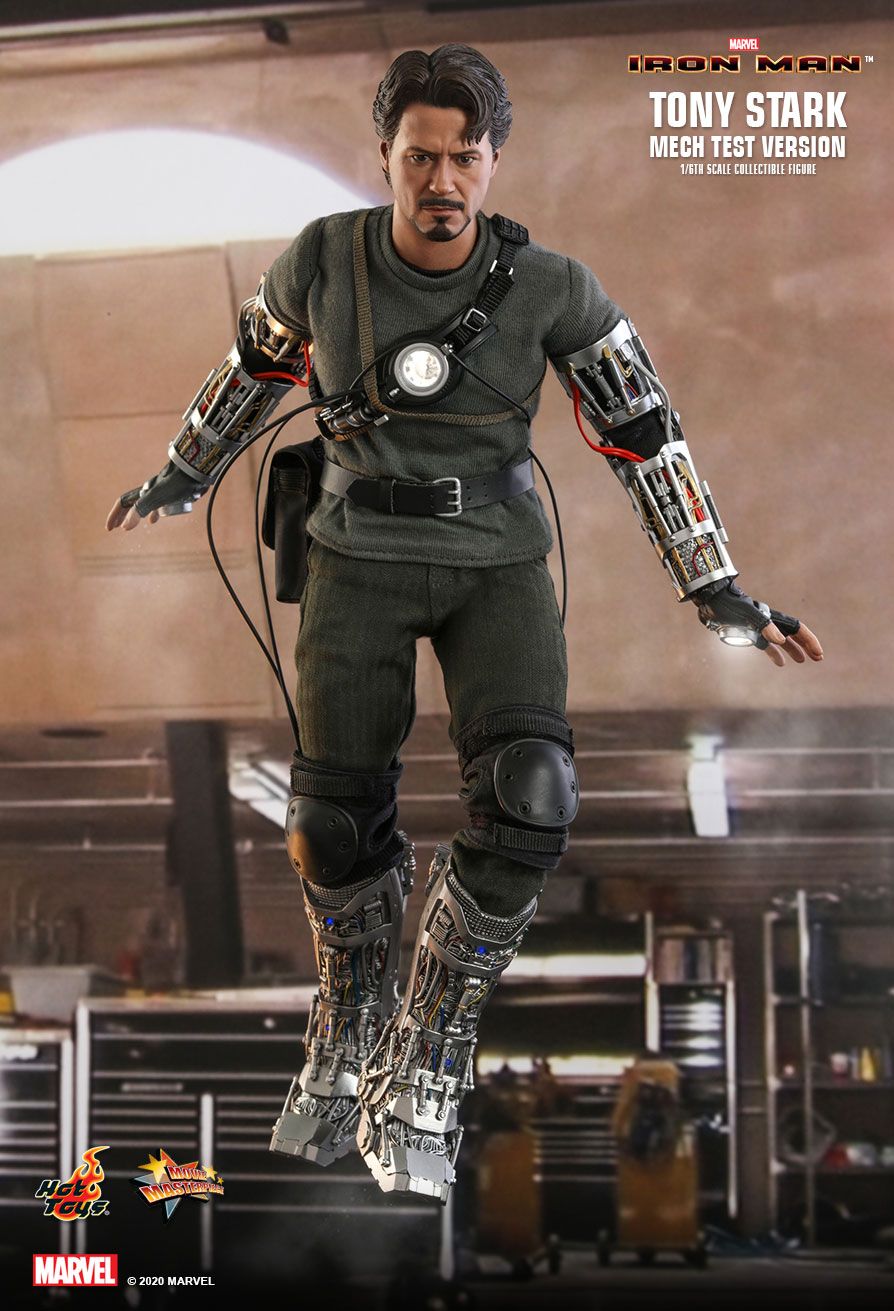 This action figure is crafted in 1/6 scale, and the height is approx 300 mm.
Amazing thing is that his body with over 32 points of articulations. All limbs are dressed in mechanical armor, and overall it is recreated very well. 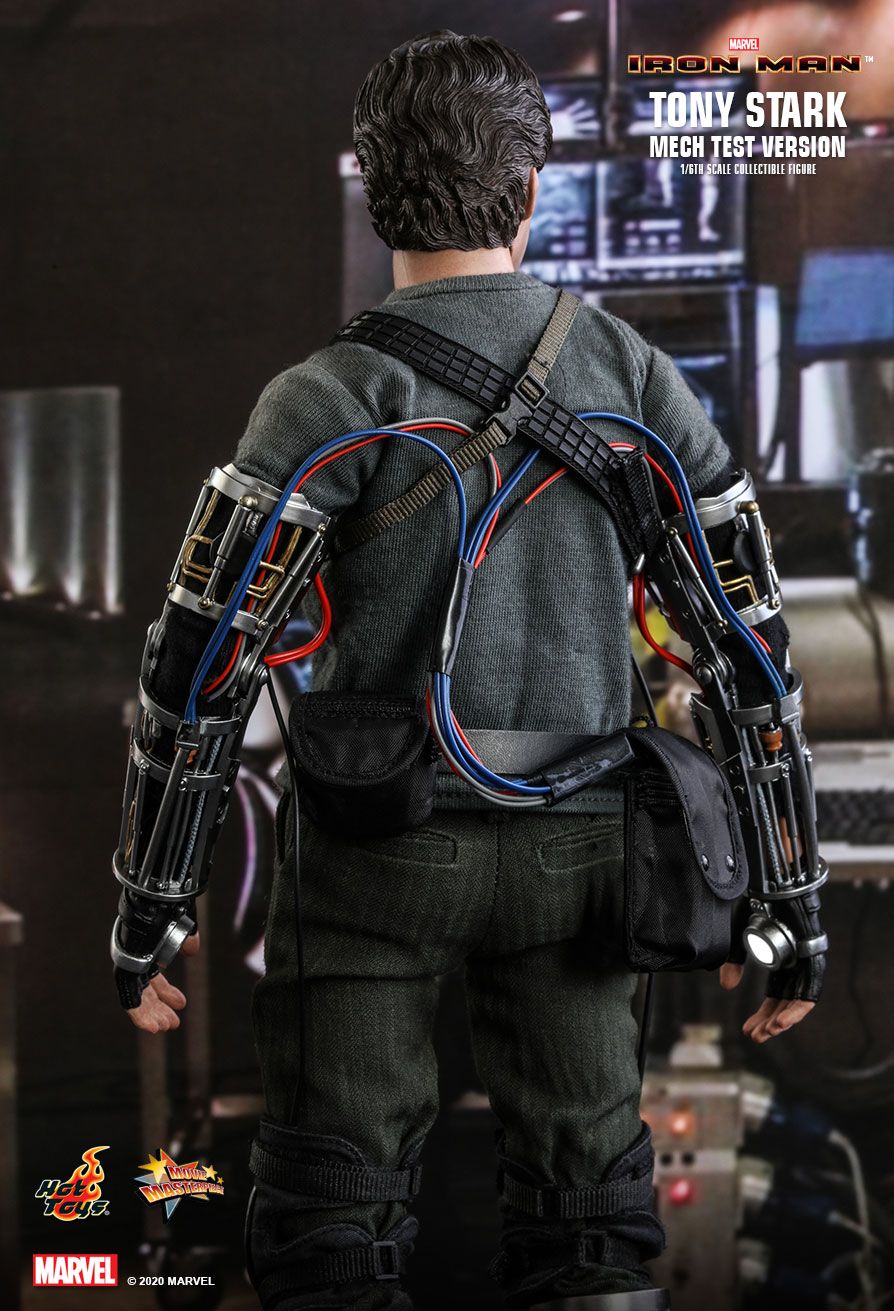 Meanwhile, real-like mechanical wire details stretch around his upper body, and one belt with utility pouches is also recreated well. 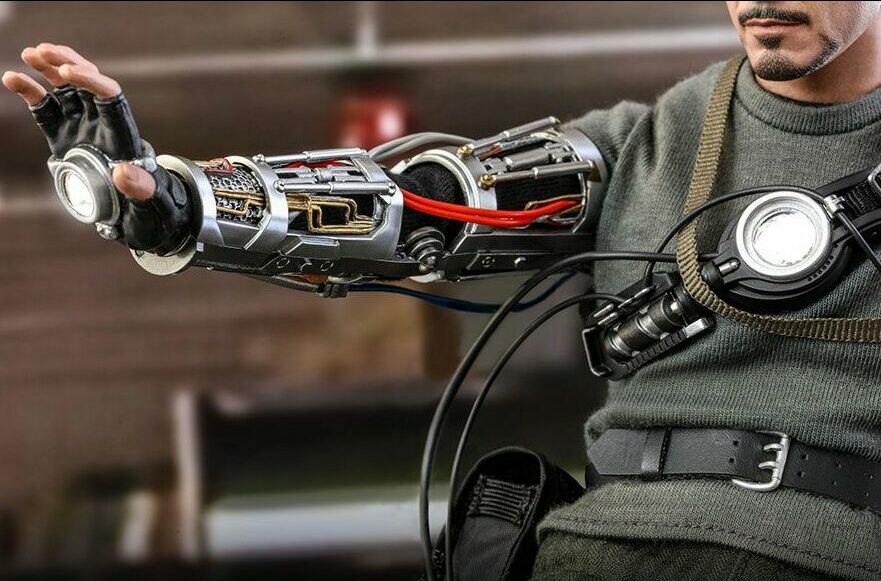 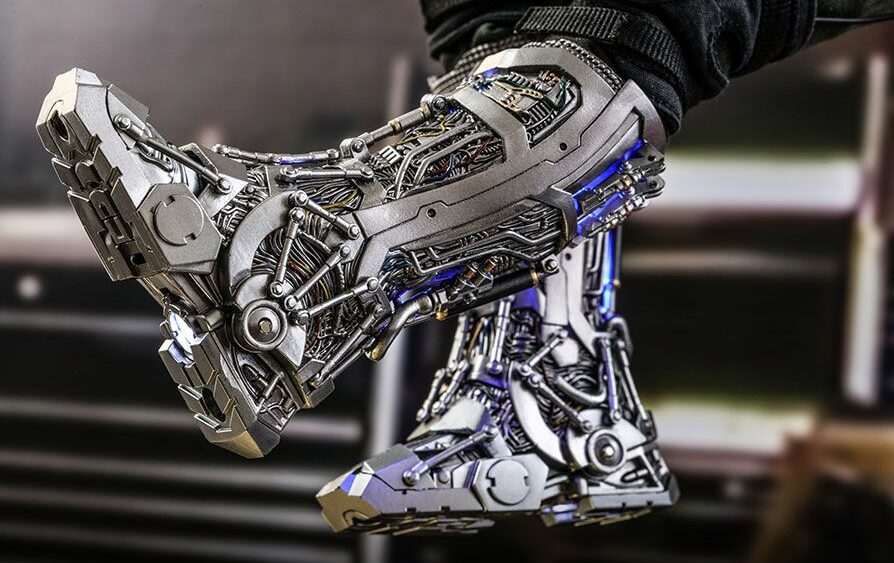 This action figure‘s design is really attentive, we can see the LED light-up areas are also located at the soles, and there is also some blue lights on the leg’s mechanical armor. 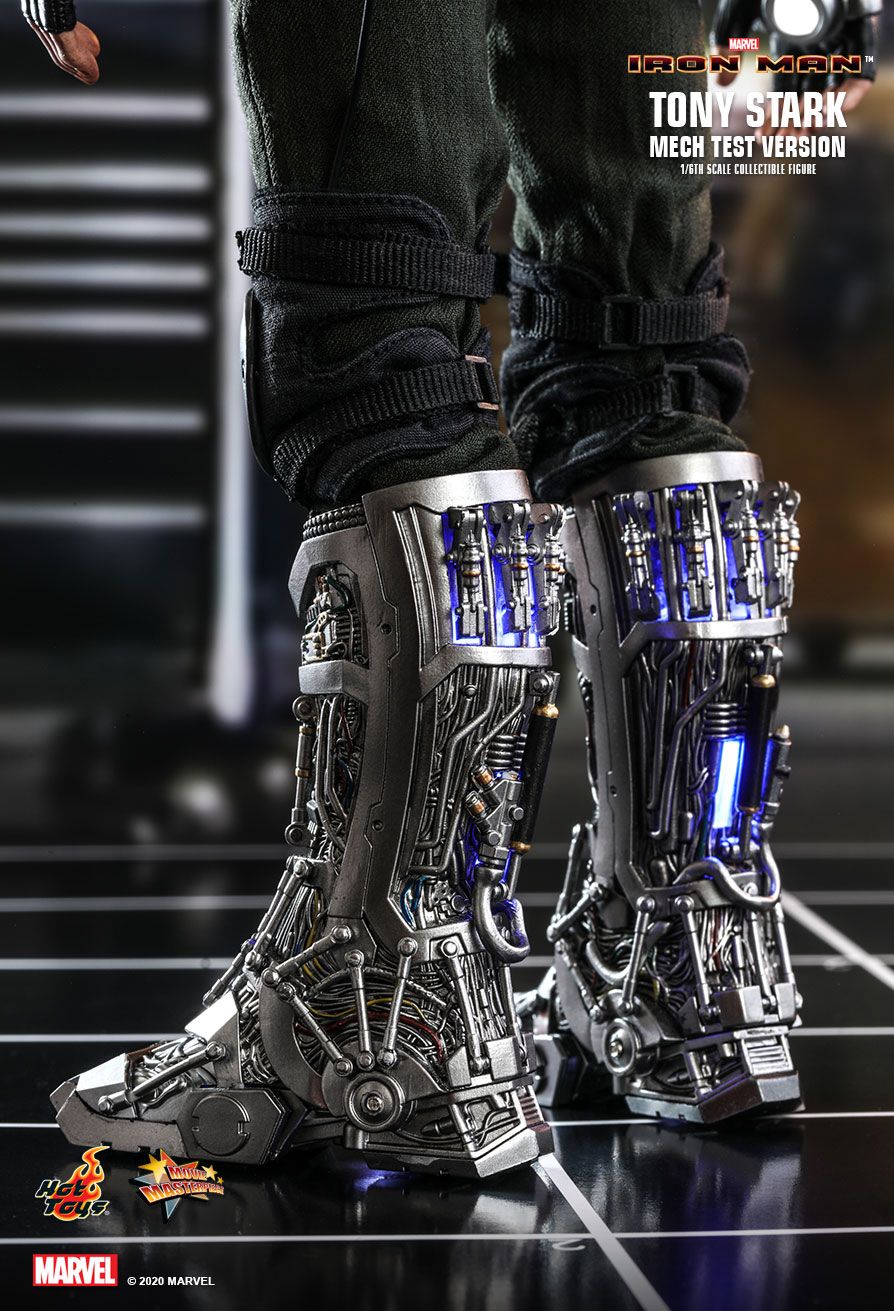 This mech test version is indeed much more delicate in the depiction of mechanical details.
And with the blue light, the visual effect is pretty good. 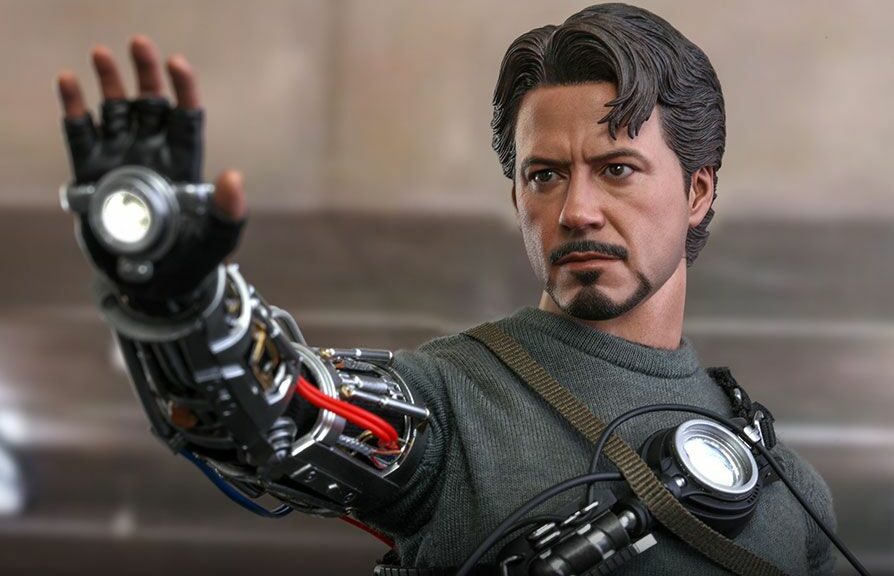 This head sculpt with focused eyes and furrowed brows, is authentic likeness of Robert Downey Jr. as Tony Stark. 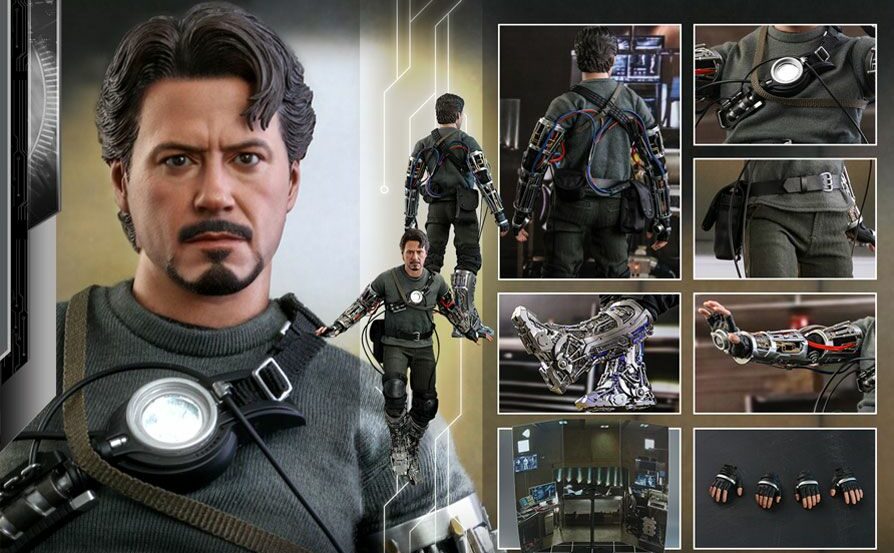 There are not many accessories.
Except for the 4 pieces of interchangeable gloved hands, only attached a diamond shaped dynamic figure base with Tony Stark workshop themed backdrop.
Mech Test Version – Special Edition 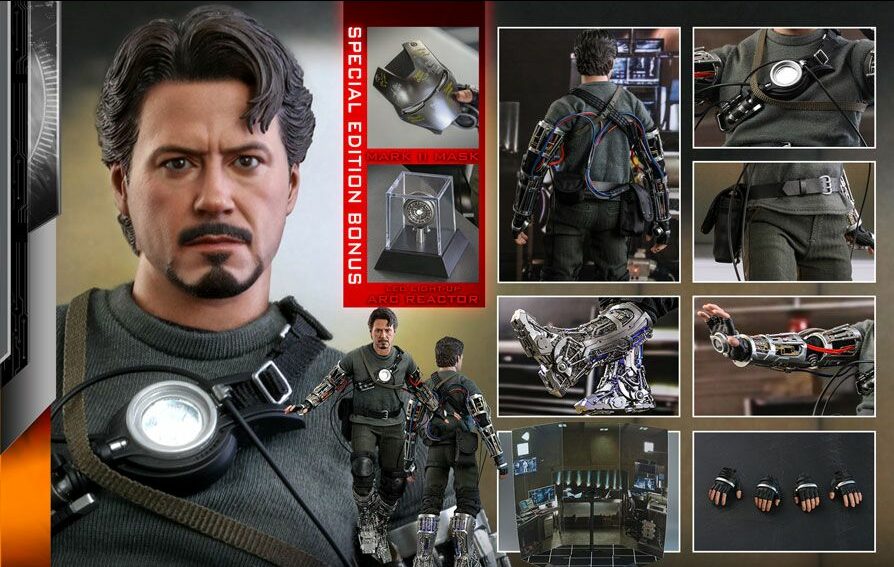 This Mech Test Version – Special Edition includes a Mark II mask and an Arc Reactor with LED light up function in a display case as bonus items. 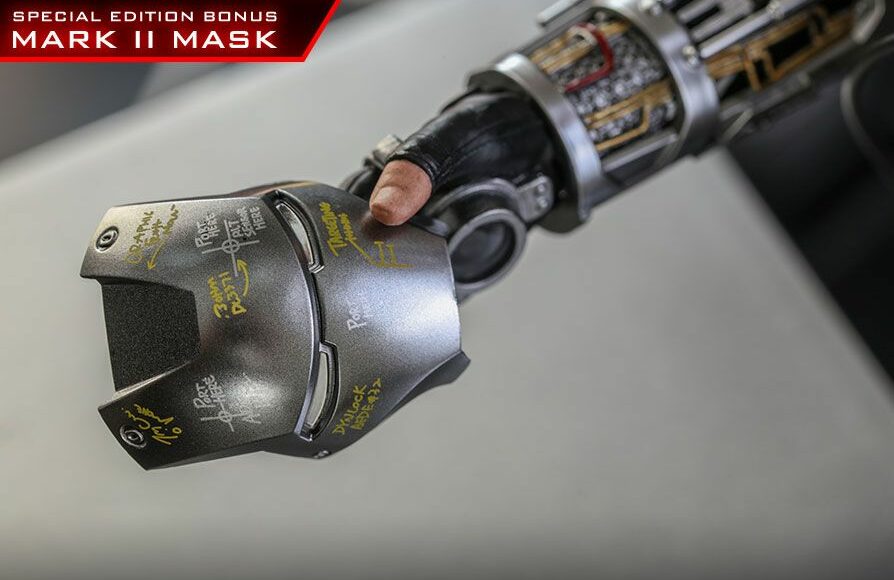 Can I just buy this Mark II mask with detailed markings? Haha 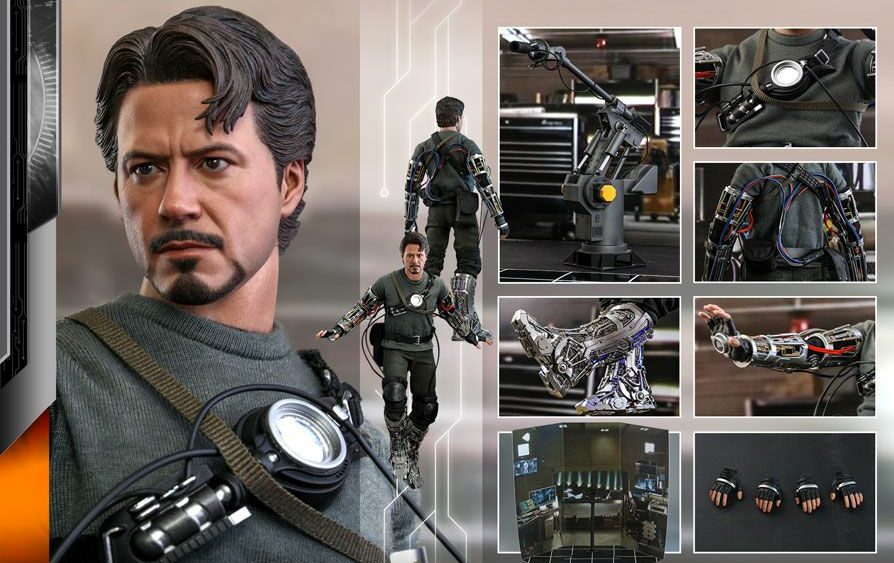 Based on the Mech Test Version, the Deluxe Version more attached an articulated mechanical robot Dum-E with rotating base and fire extinguisher. 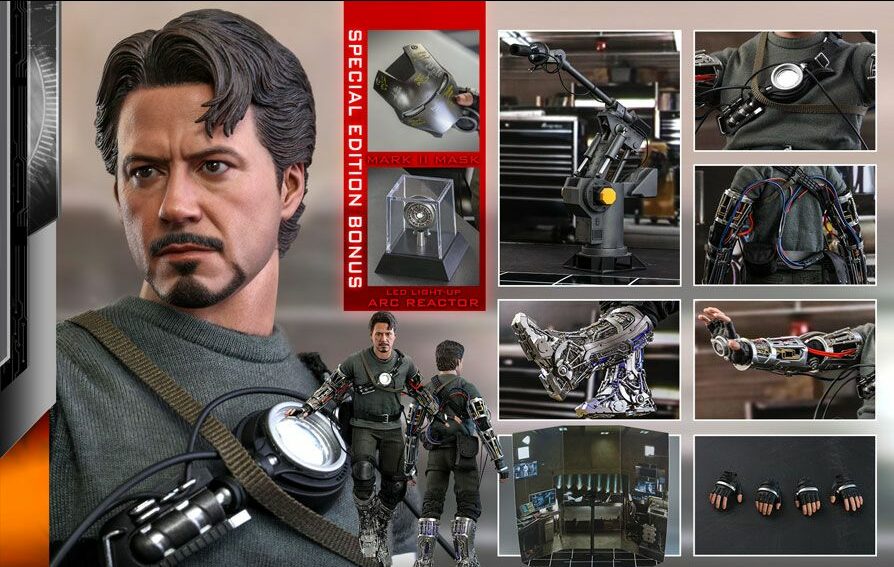 This Deluxe Version has a special edition, includes a Mark II mask and an Arc Reactor with LED light up function in a display case as bonus items. 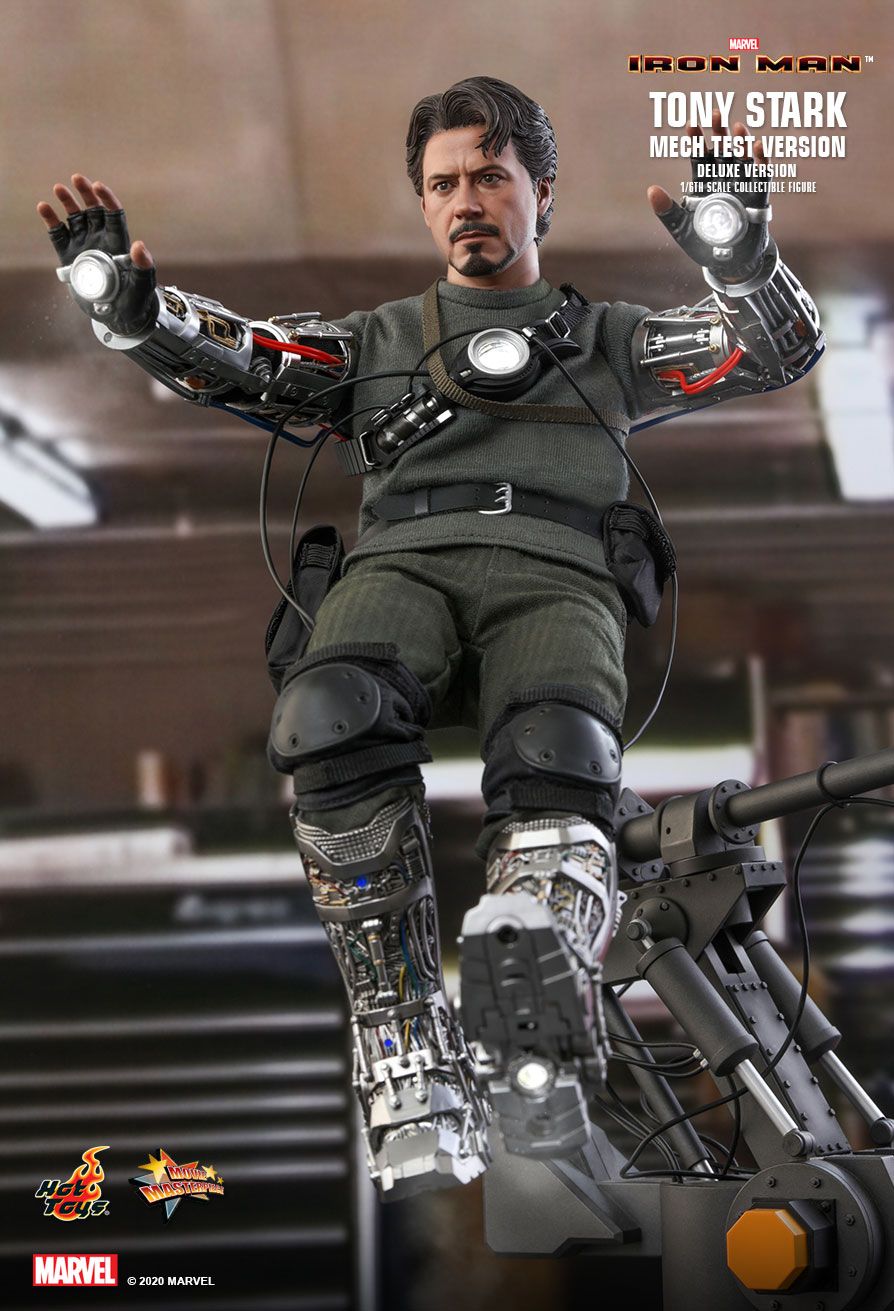 Finally, there are 4 versions for you to choose. Fans who want to buy can choose it according to their actual needs.