In fact, the launch of this statue is also expected. After all, this film should be the most anticipated DC Comics superhero film by fans all over the world in 2020. In addition, the dynamic styling and base decoration of Wonder Woman 1984 statue indicate that there will be an opponent villain statue that will match with it to create a battle scene. Let’s take a look! 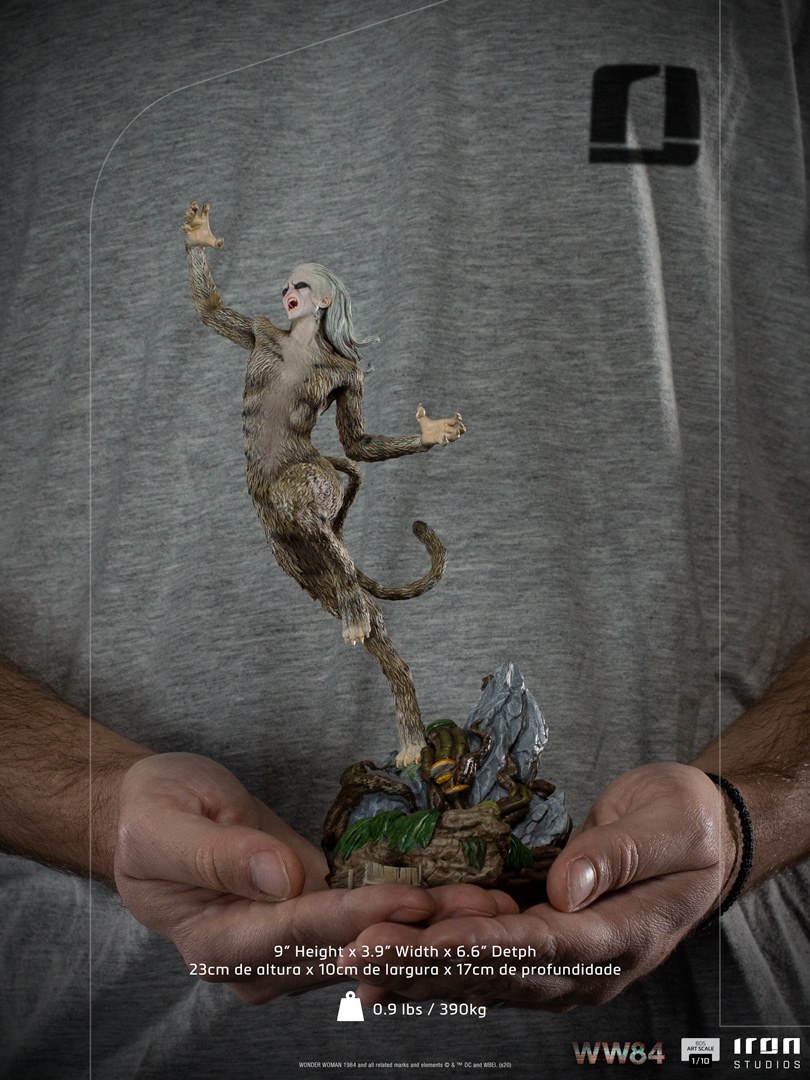 The scale of this Wonder Woman 1984 Villain Cheetah Statue is still their usual 1/10 scale.
With the addition of the base, the overall height has reached approx. 23cm
And the total weight is approx. 0.41kg, so this size of Cheetah Statue is not small.

The Cheetah statue’s main part is connected to the base through the right foot.
The design here is very clever, it recreates the posture of driving her leg hard on the rock to jump into the air.
And it also avoids the appearance of the bracket and thus destroy the whole integrity. 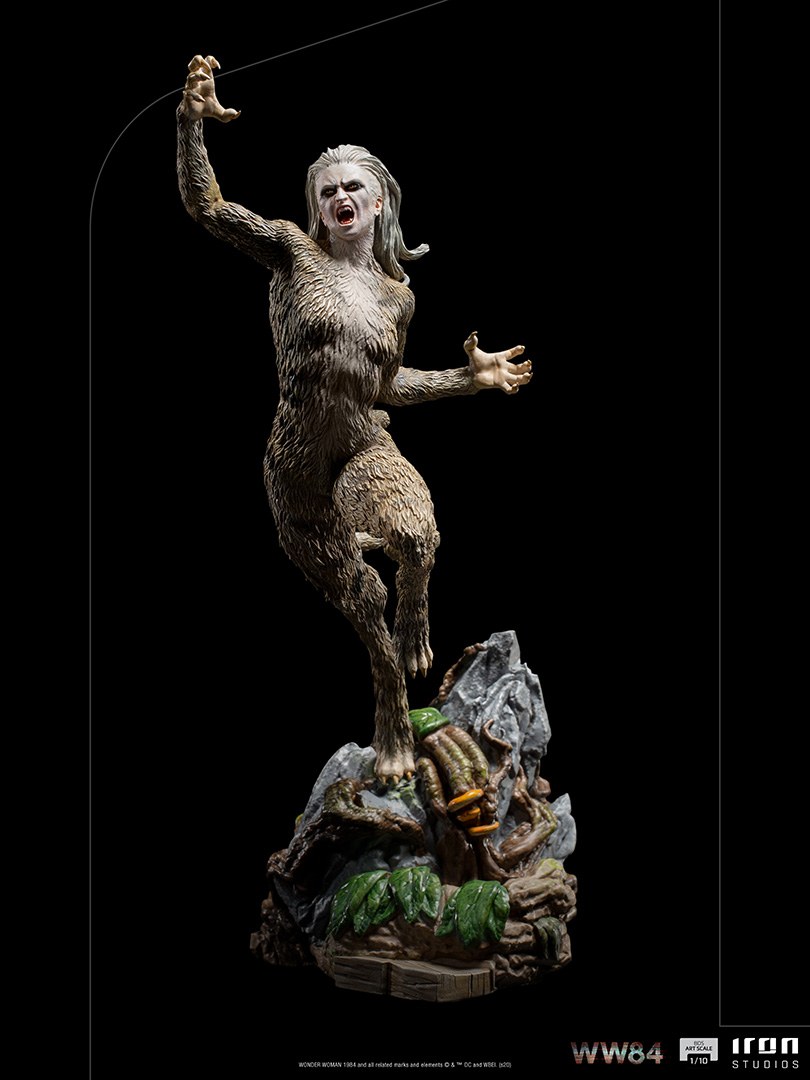 In the DC comics, Barbara Ann Minerva‘s powers are conferred to her by ingesting a combination of human blood and the berries or leaves of Urzkartaga, which gives her orange skin, a tail and claws, as well as superhuman senses and reflexes.
Look at the Cheetah statue in the above picture, The sharp claws and agile reflexes of Cheetah are well displayed. 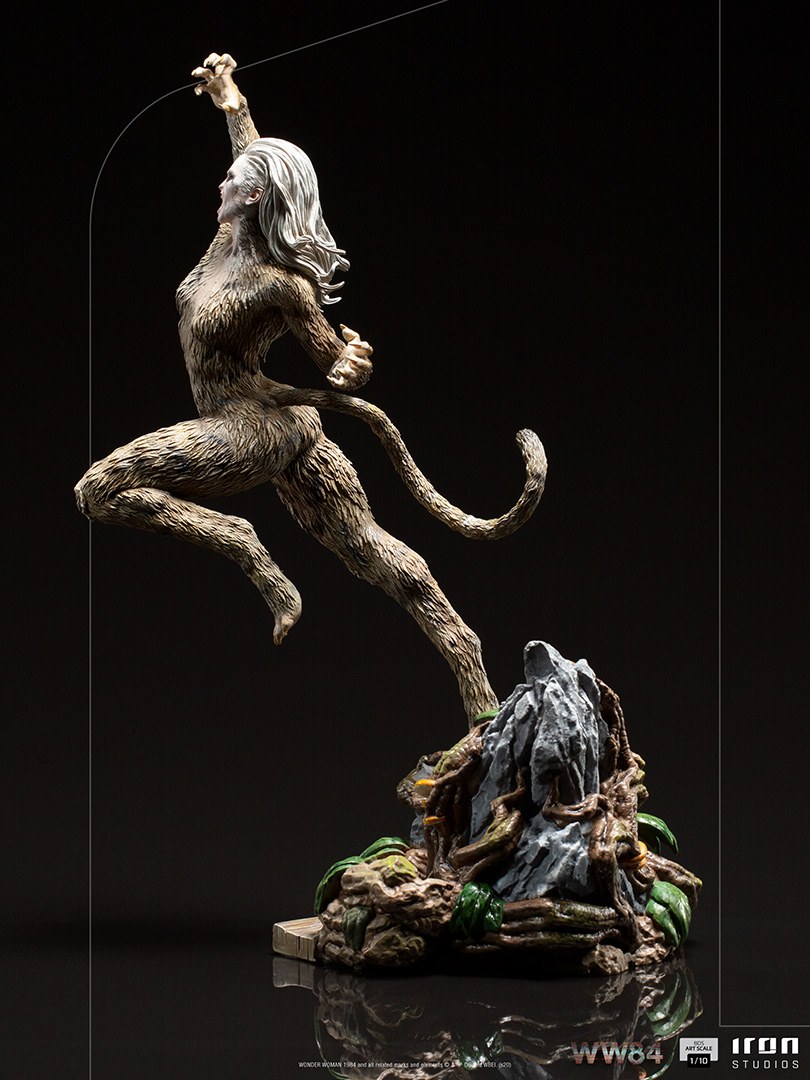 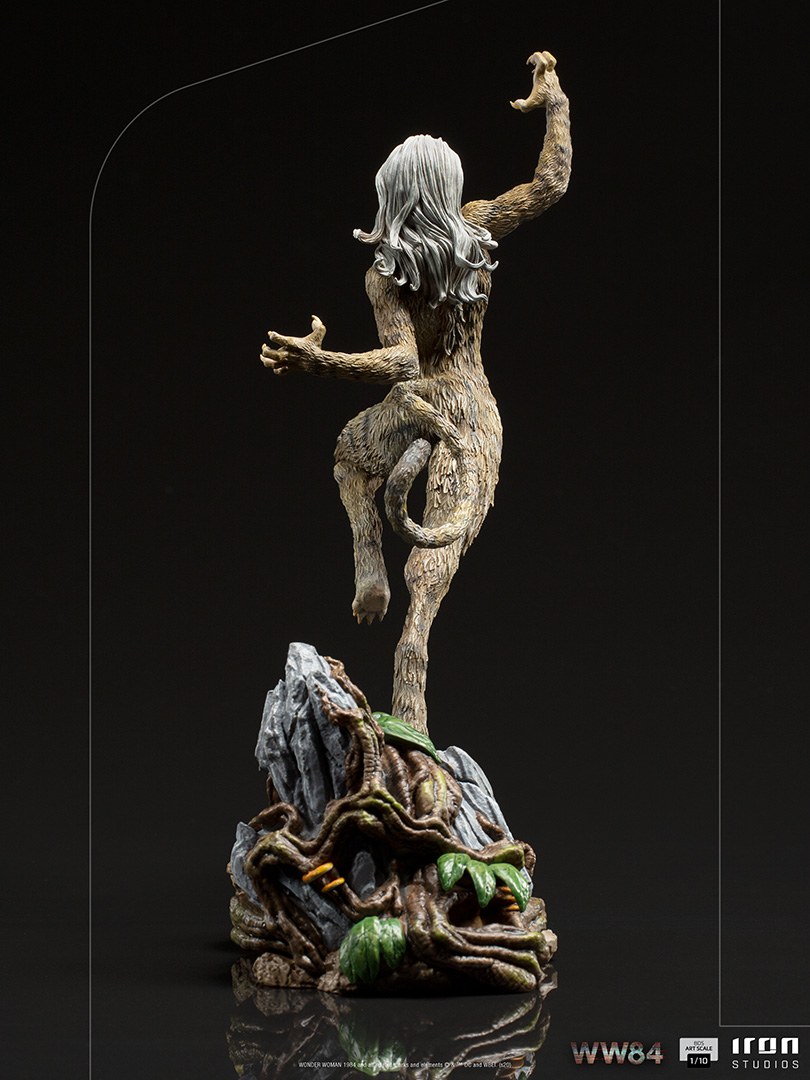 The style of this Cheetah Statue is full of tension and dynamic.
Besides, the shape of Cheeta’s main body is well portrayed and a lot of hair details are also handled quite realistically. 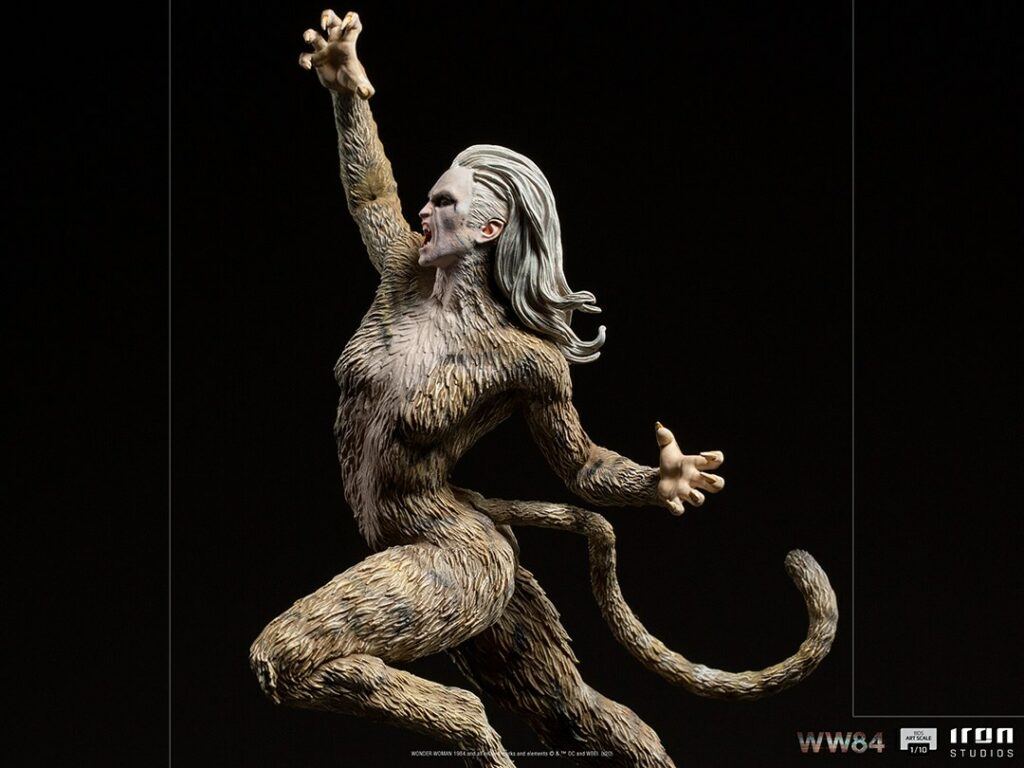 The layering of the surface coating is not bad for a 1/10 scale statue.
It also recreates the real texture of animal hairs. 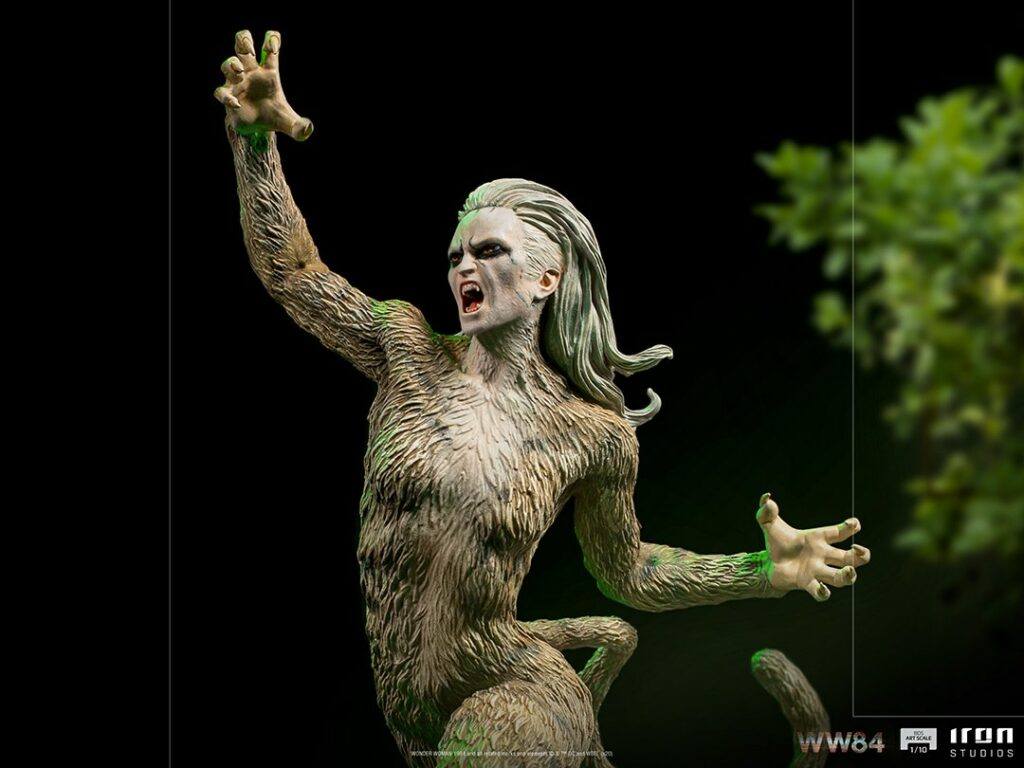 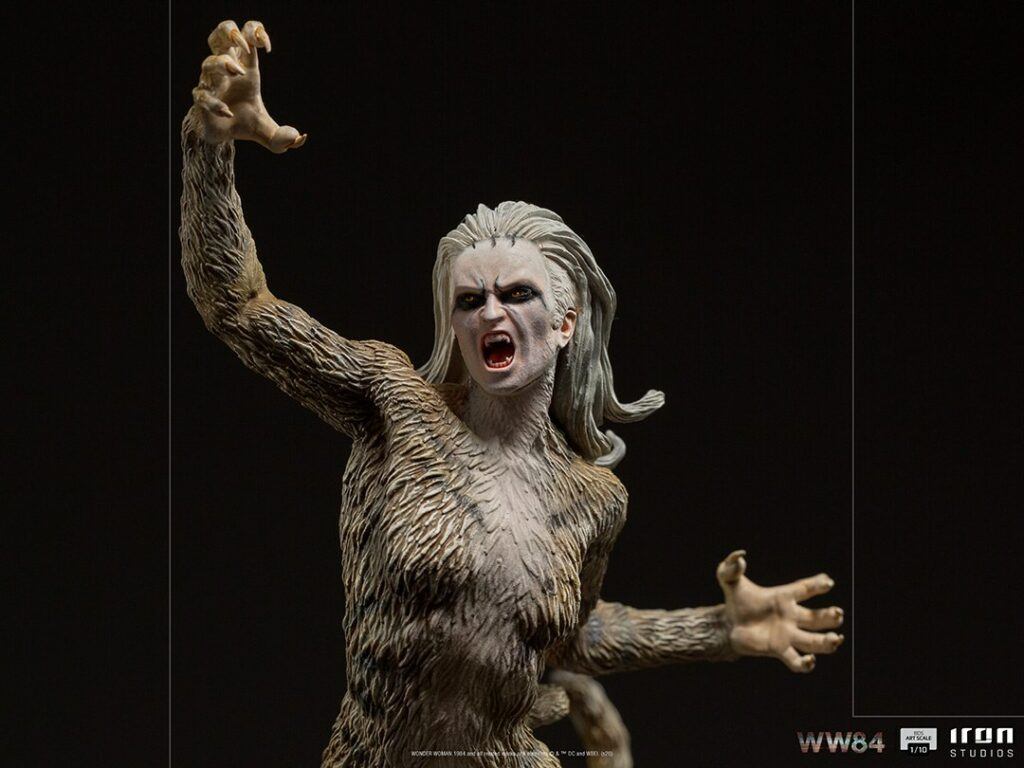 As a small 1/10 scale statue, the performance of this head sculpt is also good.
The expression of Cheetah is depicted with great tension, vividly recreates the Cheetah’s roaring posture. 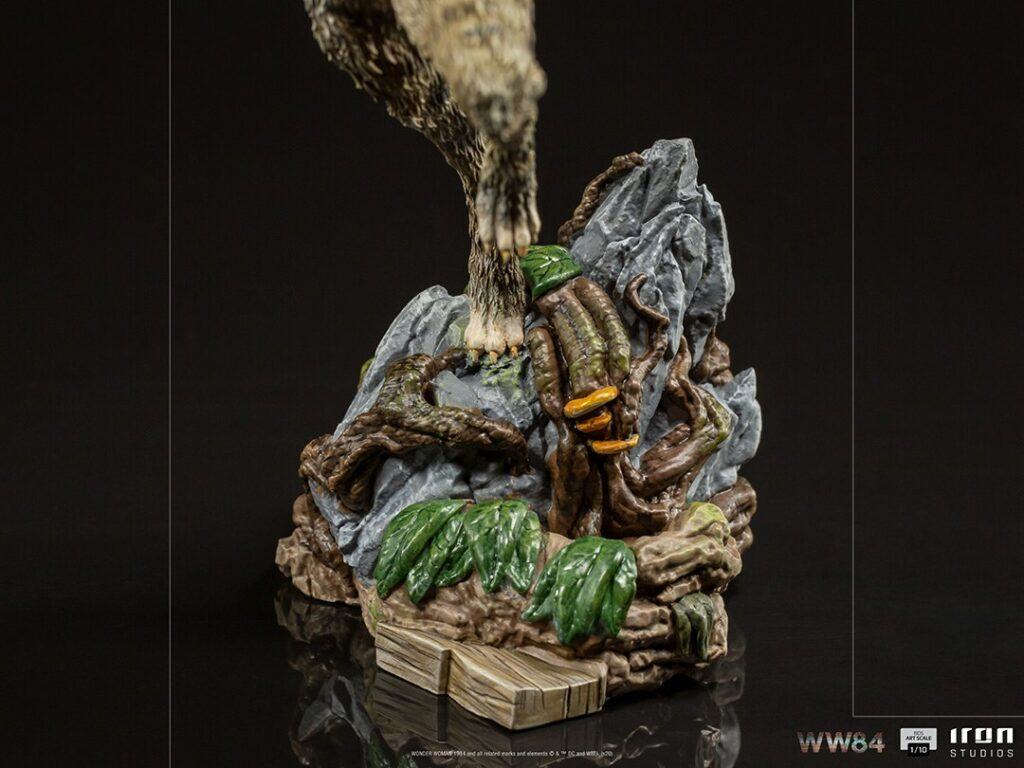 The design of this statue’s base also has highlights.
The overall theme is the jungle, and it is depicted with rich details, such as trees and rocks.
As mentioned before, the Golden Eagle Armor Wonder Woman 1984 Statue launched by IRON STUDIOS also uses the same base design. So it’s better to put them together to display. 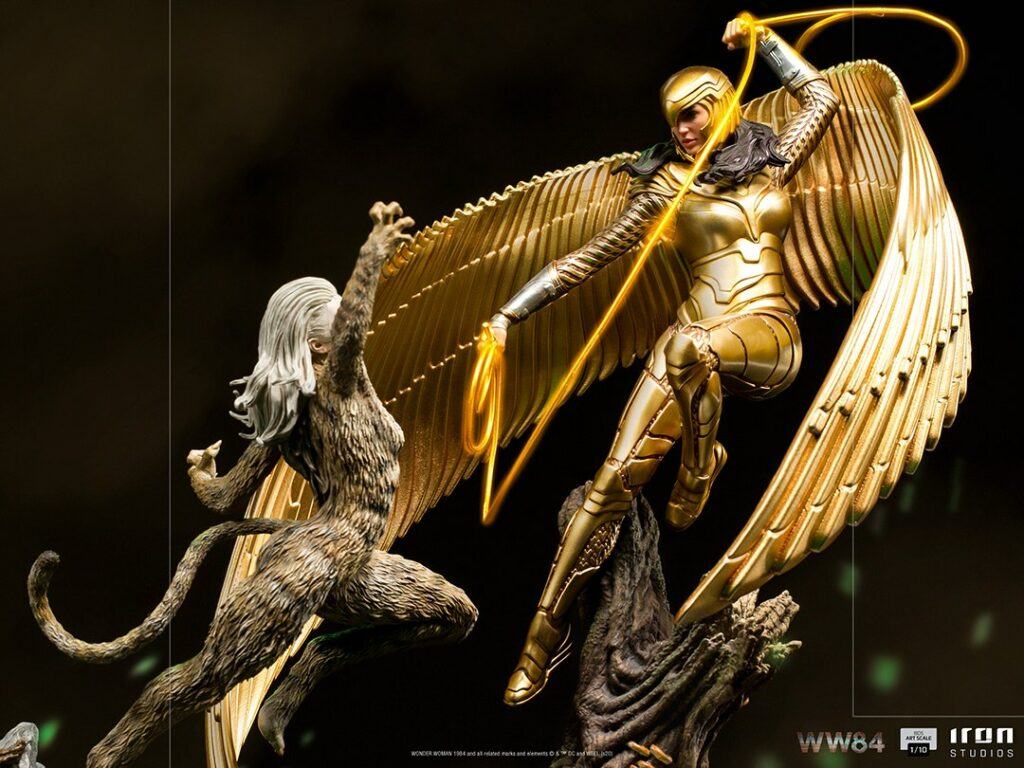 It can be displayed with the Wonder Woman Statue to creat a larger battle scene. 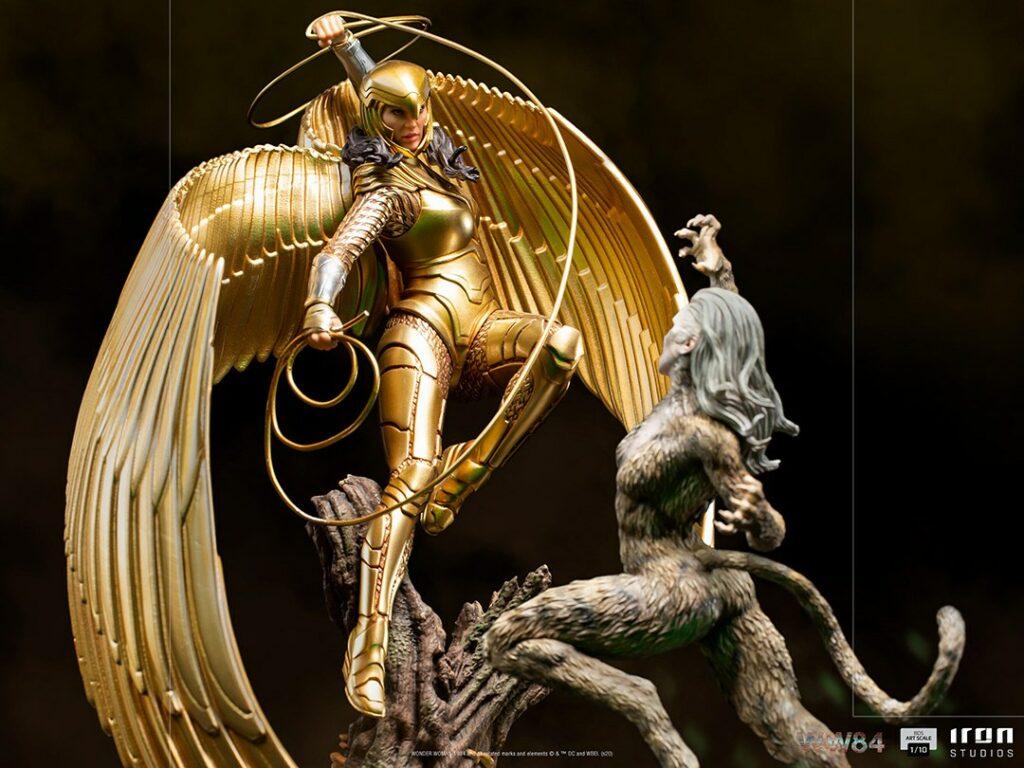 All in all, these two statues from IRON STUDIOS also gave us a taste of the scene of Wonder Woman vs. Cheetah in the film “Wonder Woman 1984” in advance. 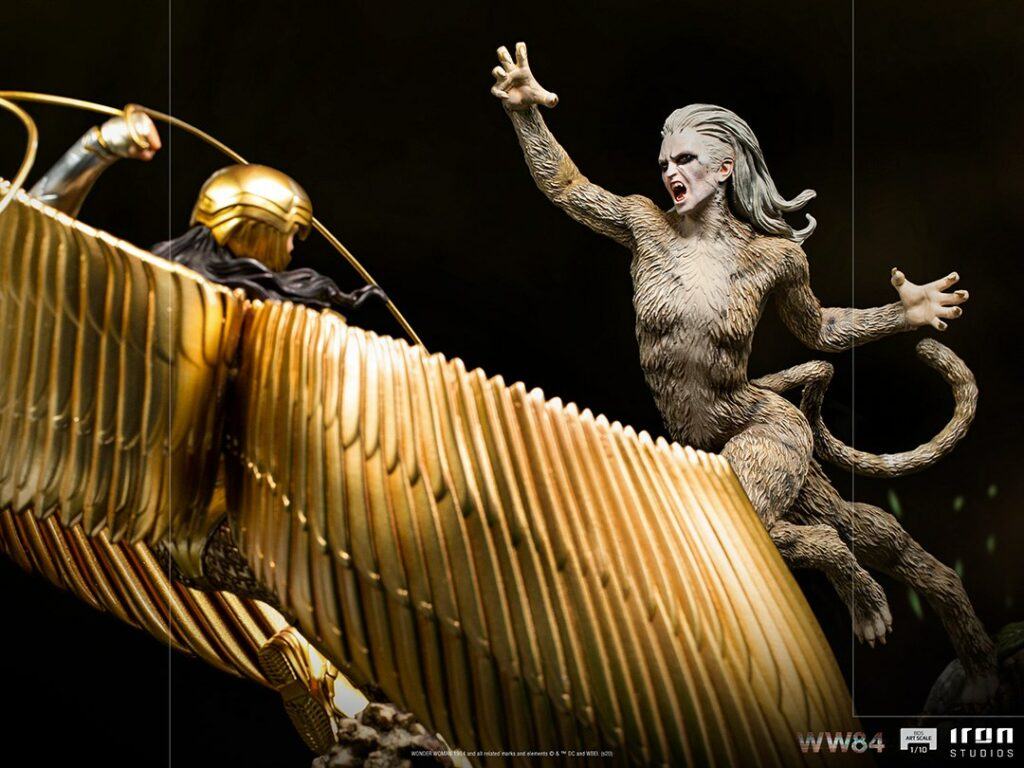 By the way, you can check out the Review of Wonder Woman Statue here–Golden Eagle Armor Wonder Woman 1984 Statue | IRON STUDIOS