After a long wait, The film “Wonder Woman 1984” is scheduled to be released in North America on October 2, 2020. IRON STUDIOS also officially launched a Golden Eagle Armor Wonder Woman 1984 Statue in this boom. The design of the styling this time is still very dynamic, and the dazzling momentum does not lose to the Gold Saints, let’s take a look! 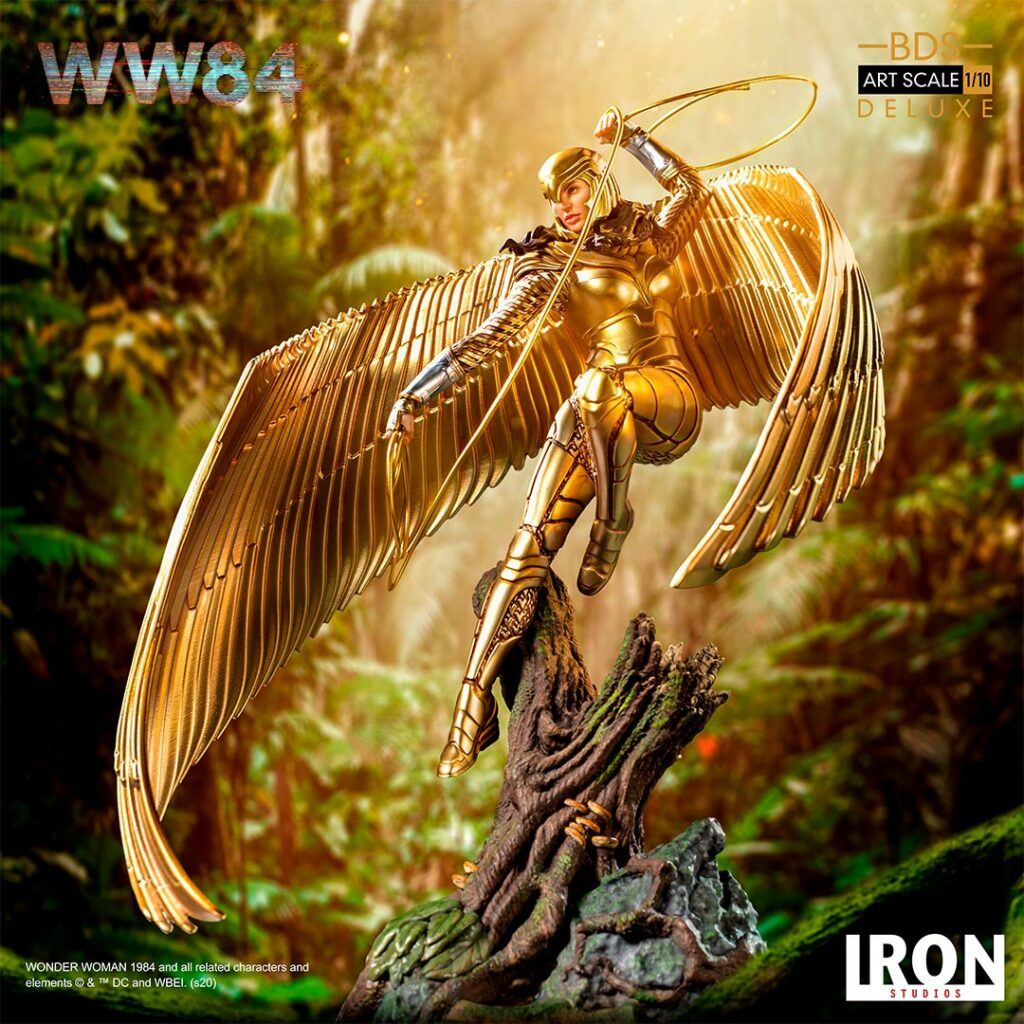 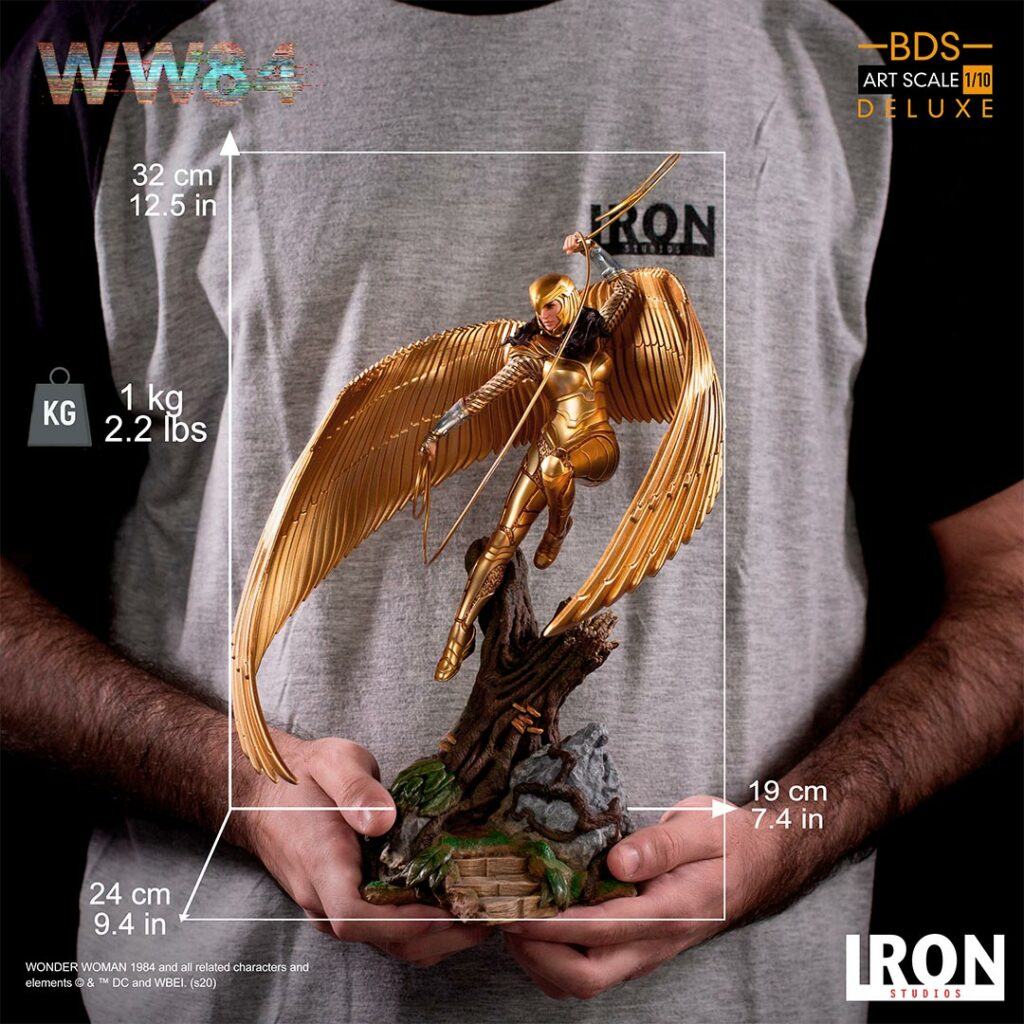 IRON STUDIOS has always adhered to the principle of differentiation which focused on small statues, so the scale of this Wonder Woman 1984 Statue is still their usual 1/10 scale.
With the addition of the base, the overall height has reached approx. 32cm
And the total weight is 1kg, plus the big wings of the golden eagle armor, this Wonder Woman 1984 Statue is very eye-catching when displayed anywhere. 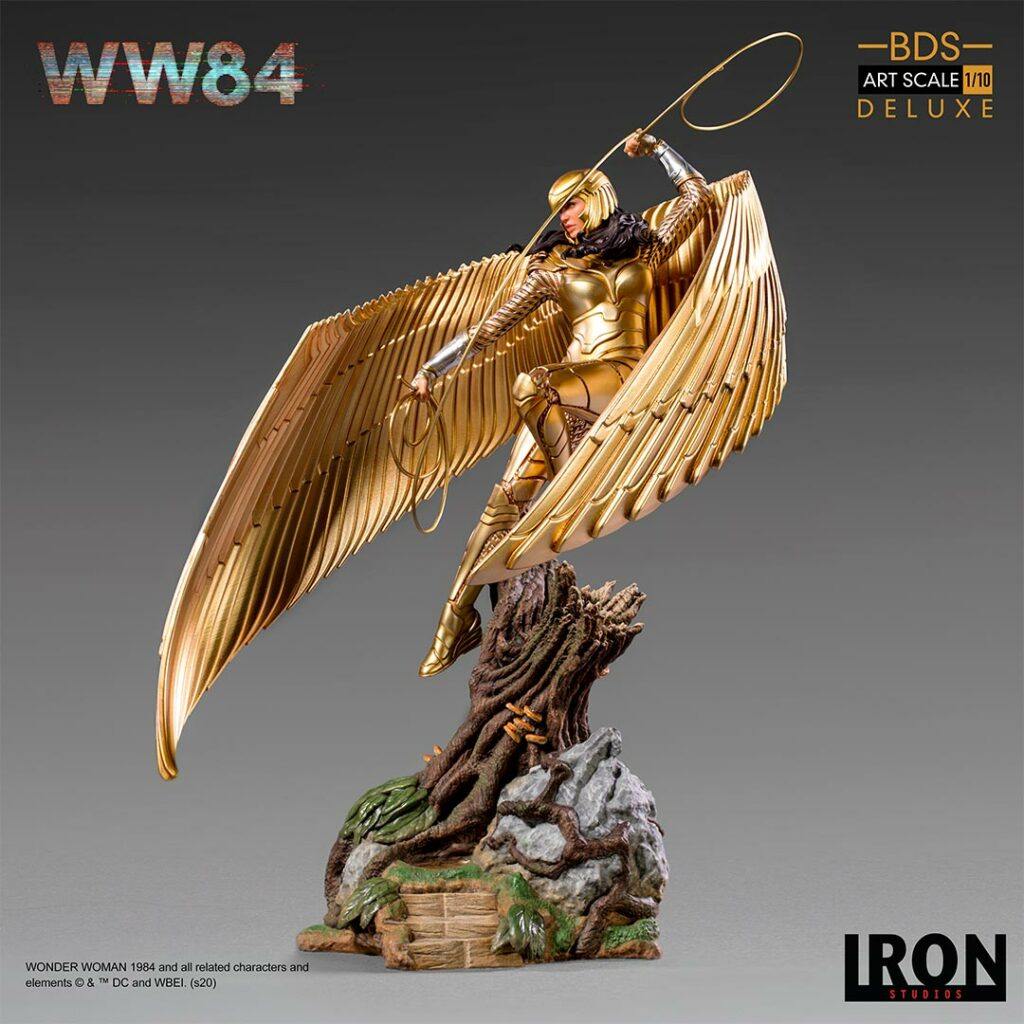 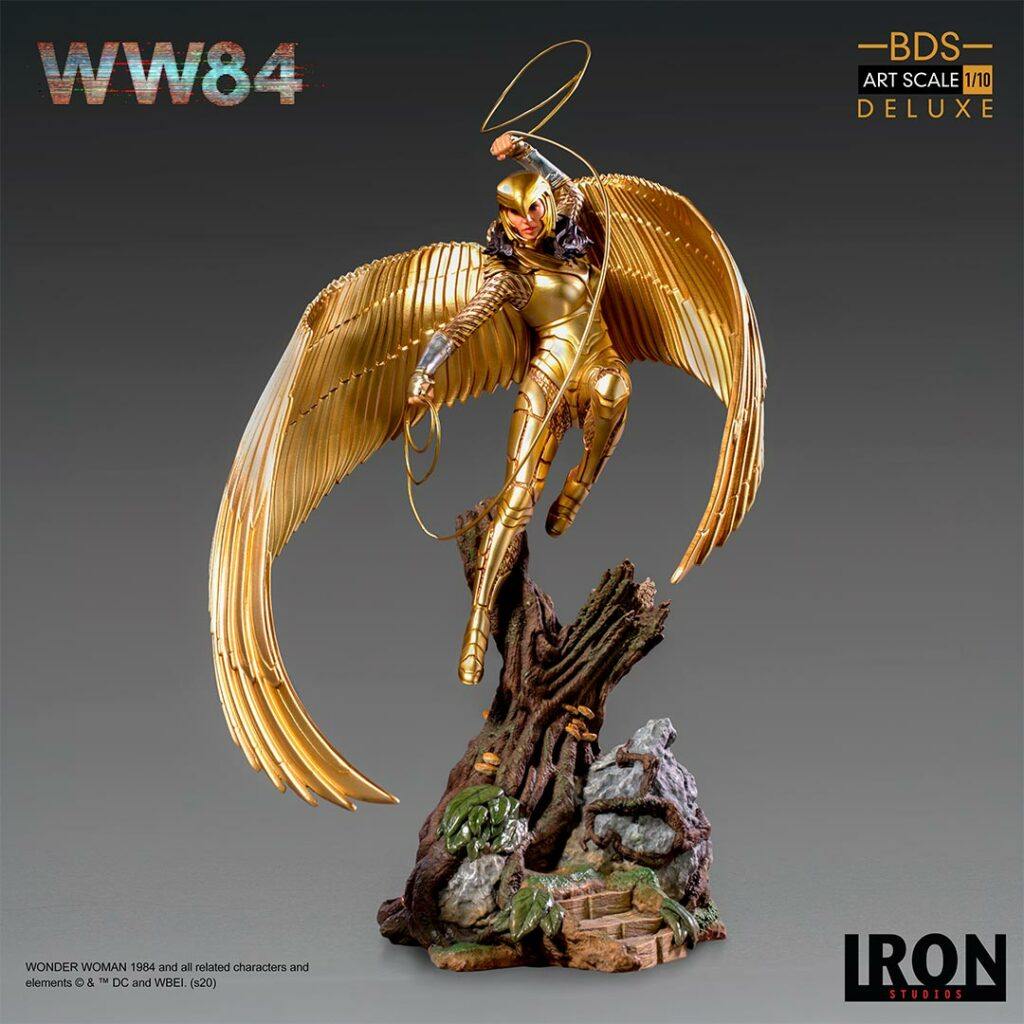 The Golden Eagle Armor in the comics is created by the legendary craftsman Pallas of the Amazon family. Diana will only wear this armor when facing a final battle or a major crisis.

The film “Wonder Woman 1984” has not yet been released, and there are not enough stills, but from the above still, you can still get the appearance of armor in the night.
The main part of the golden eagle armor of this statue is well recreated, and it has rich details. 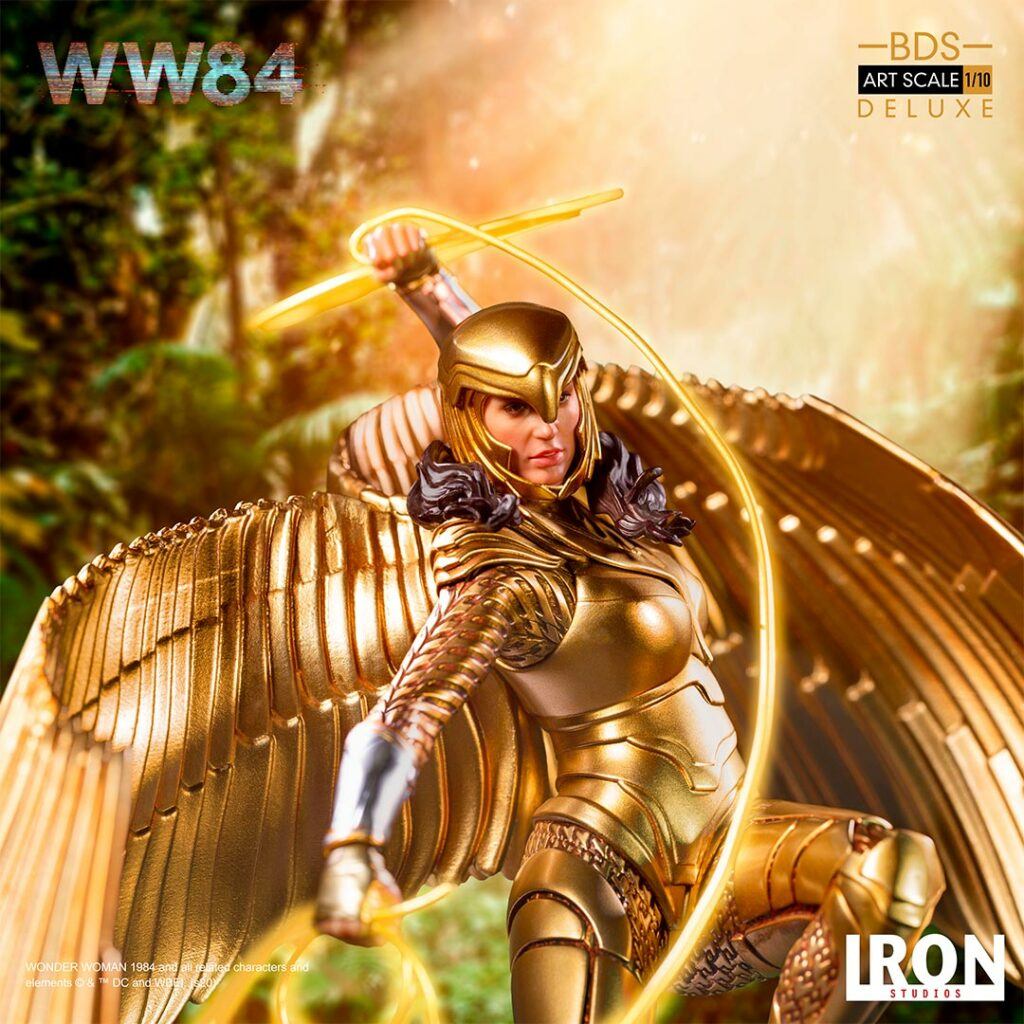 The golden painting of the armor is very good, the lines are clear, and the details of each wing superimposed are also very delicate. 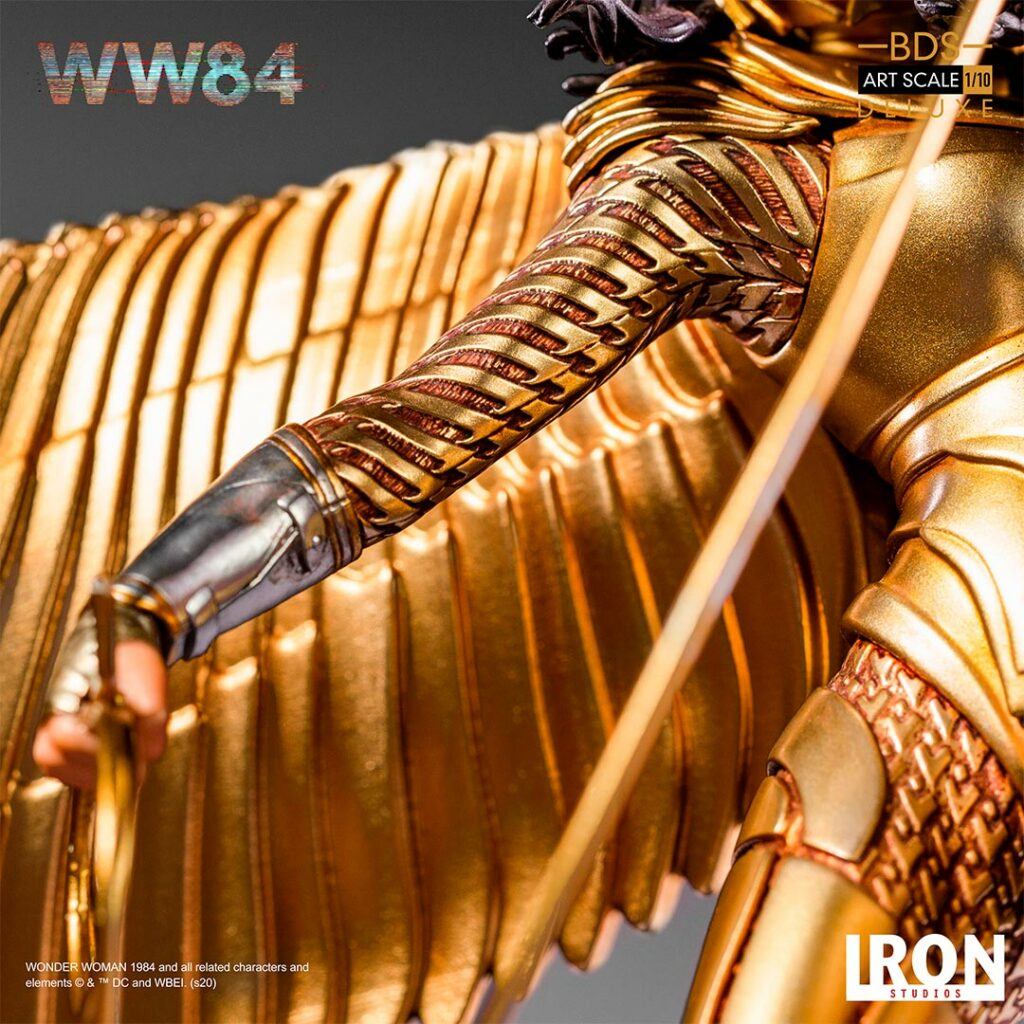 The details of the arm part of the armor are indeed very beautiful, and there is also a depiction of Wonder Woman’s indestructible bracelets on the wrists. 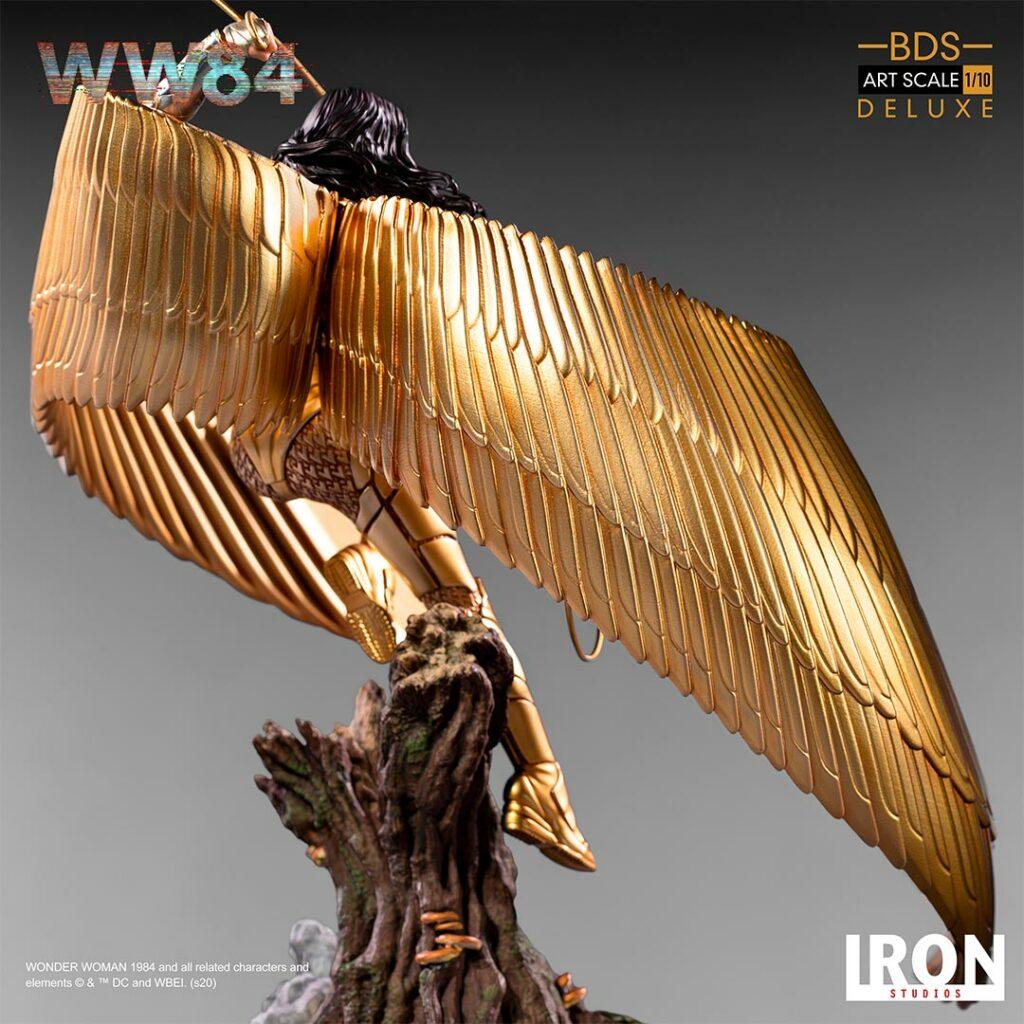 Look at the back of this Wonder Woman 1984 Statue, the arc shape of the wings and the overall gloss are very good, and the details of each wing superimposed under the light are also very beautiful. 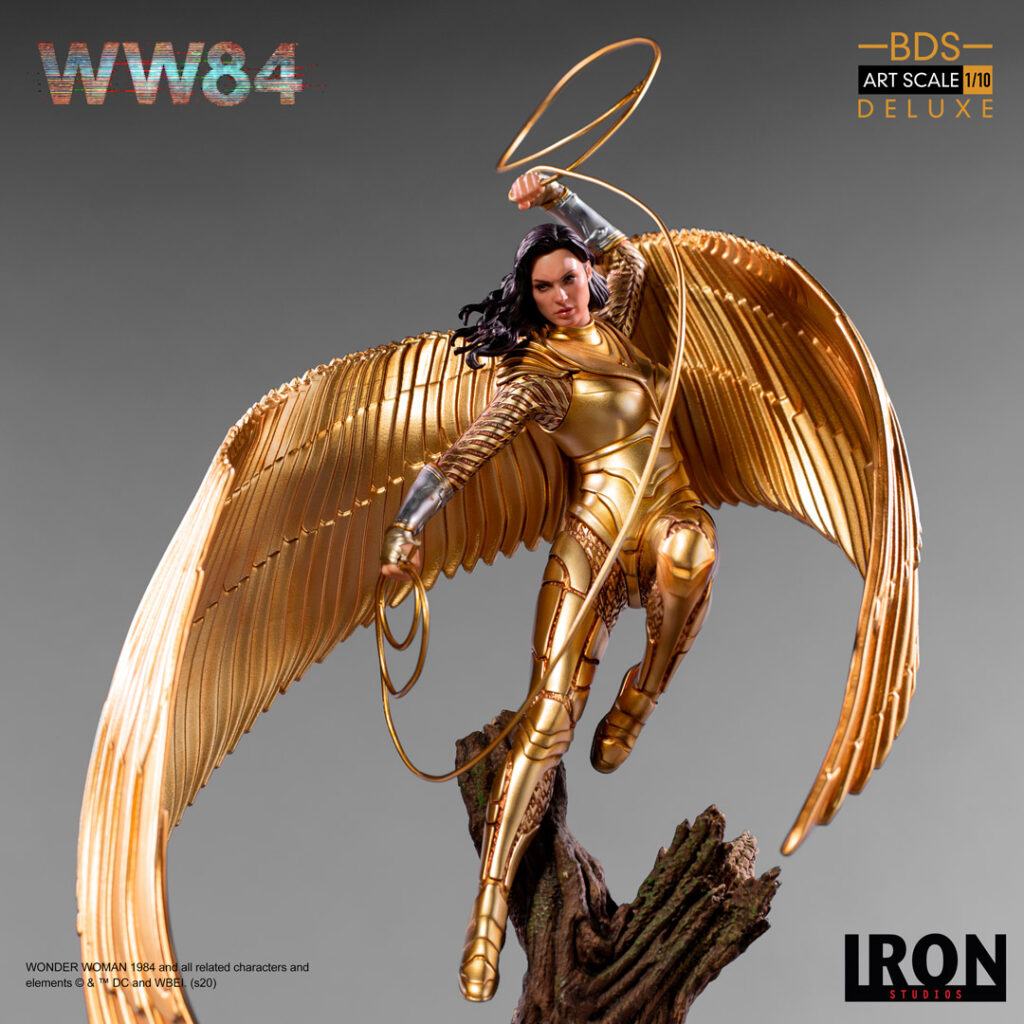 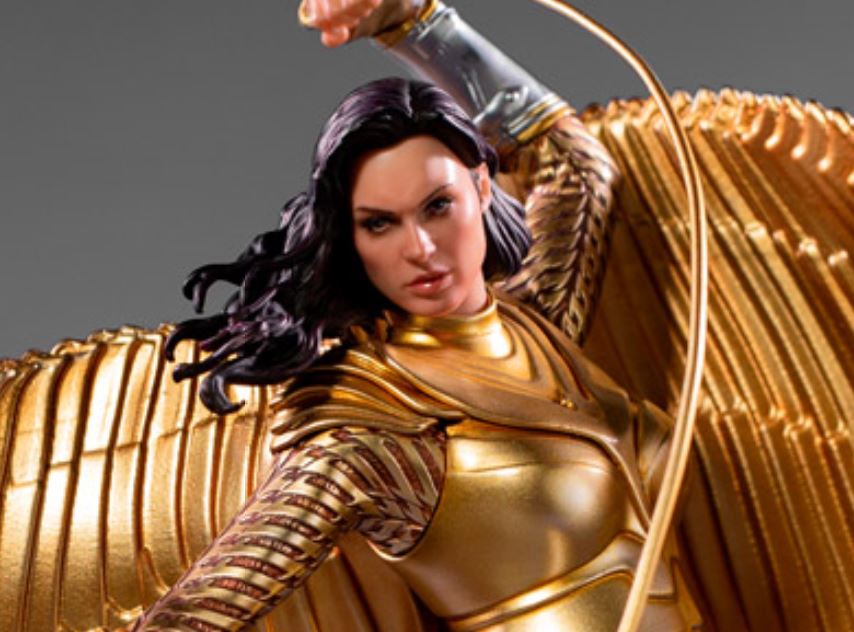 This statue also includes an alternate head sculpt, in addition to the helmet version, there is also a version without helmet.
The expression tension of the unhelmeted head sculpt is quite well portrayed, and this tense expression of the Wonder Woman’s concentration also matches the atmosphere of the war.
But all in all, it’s a bit fat, and it’s a little different from Gal Gadot’s face.
Just look at this head sculpt, if you don’t tell me this is Wonder Woman.
I probably won’t recognize it… 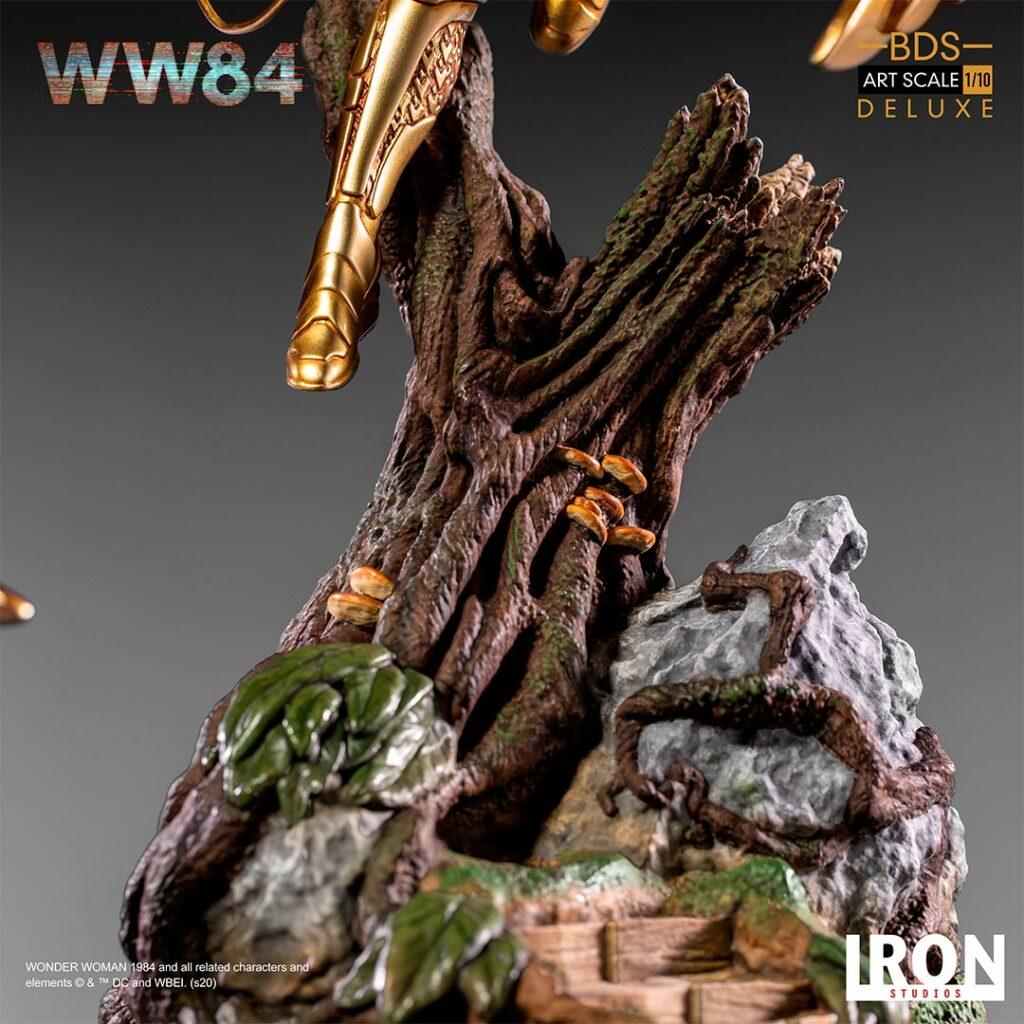 The design of the statue base also has highlights.
The overall theme is the jungle, and it is depicted with rich details, such as trees and rocks.
Here is also a good match with the main body, it is very likely to be the scene of the battle with the “Cheetah” Barbara Ann Minerva in “Wonder Woman 1984”. 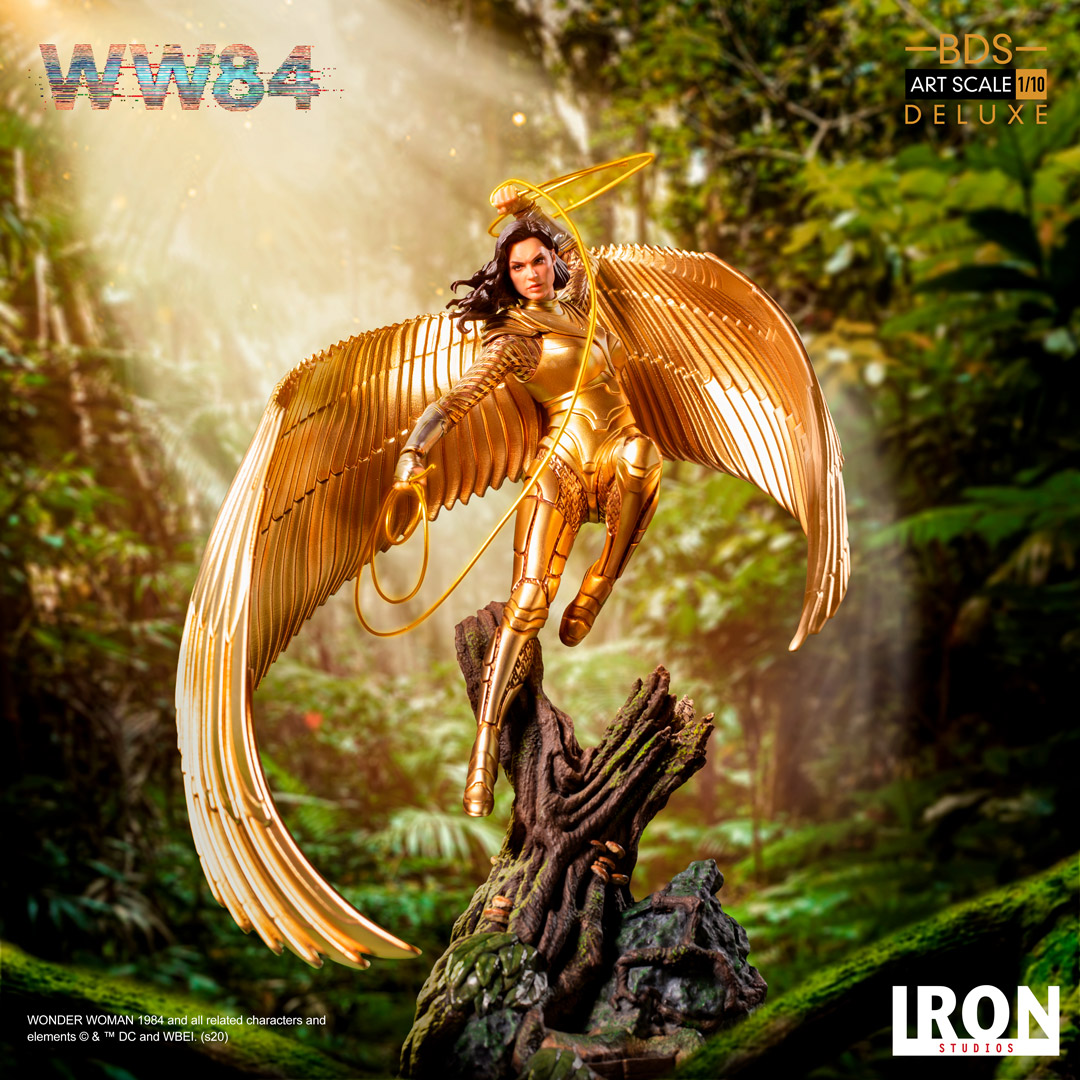 In fact, the overall design of this Wonder Woman 1984 Statue is quite good.
It is also a great collectibles for fans who likes Wonder Woman.
Besides, it can be displayed with the new Cheetah Statue from IRON STUDIOS to creat a larger battle scene.