XM Studios presents a Red Hood statue of the DC Rebirth series. The design of this statue is quite amazing, and it also comes with an interchangeable head sculpt of half masked. Let’s have a look! 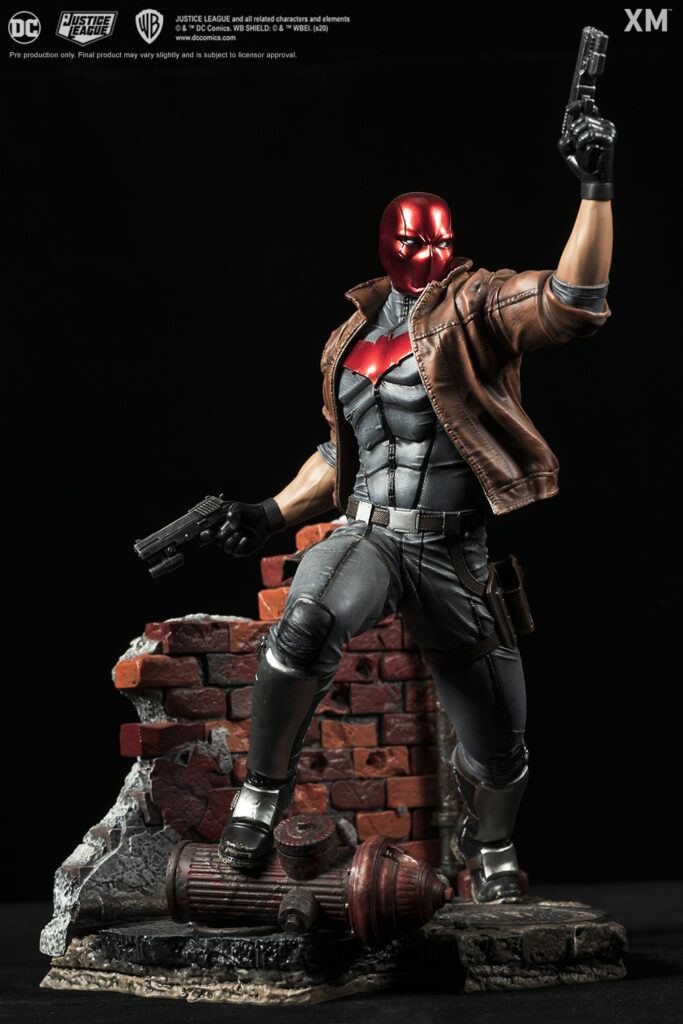 Why it is so heavy? Because it is made of cold-cast porcelain, and each statue of XM Studios is painstakingly handcrafted and individually hand-painted. 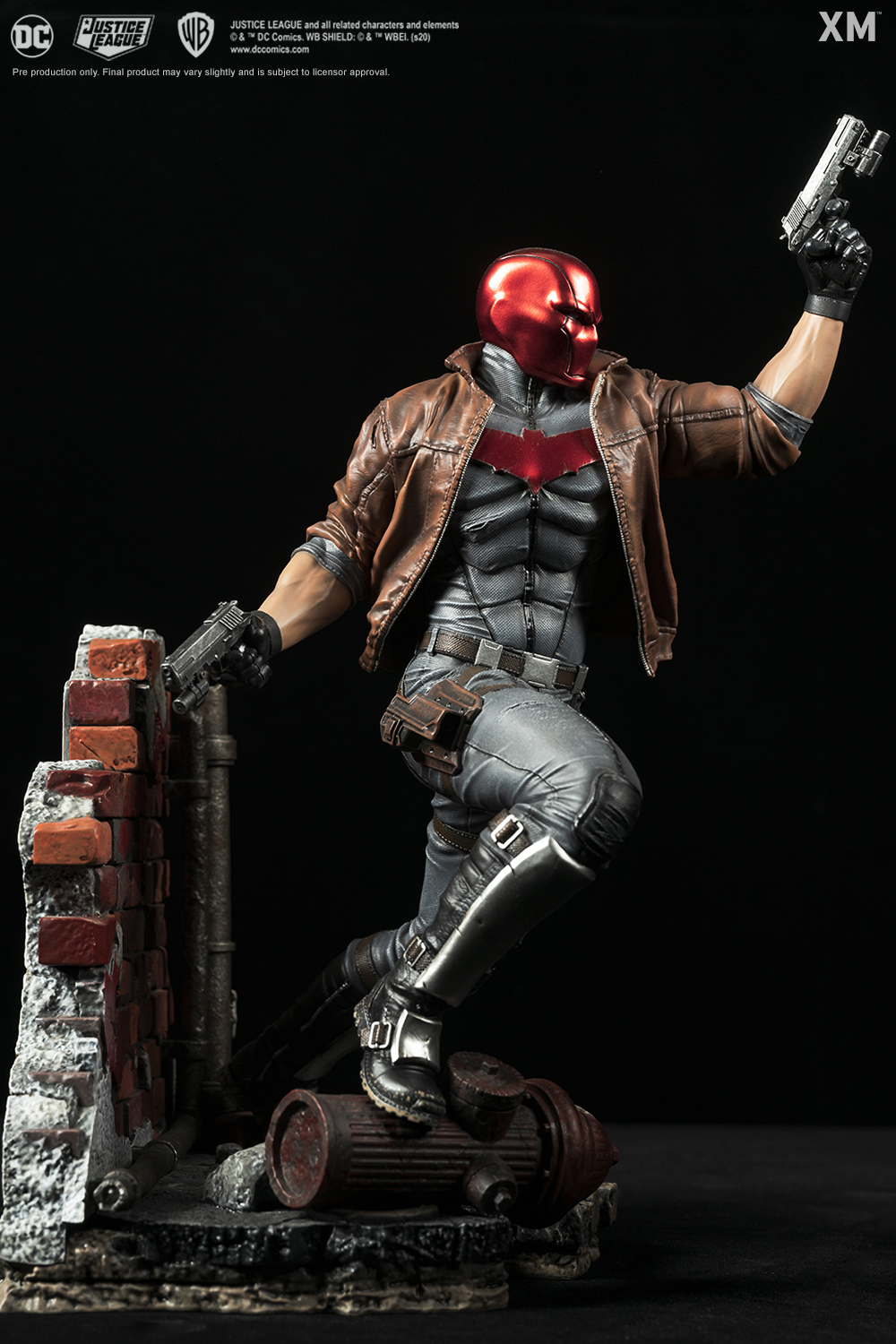 Red Hood – an anti-hero most widely known as the alias for Jason Todd. Many have used the name over the years but only one is this beloved vigilante.

This statue recreates the scene of Red Hood holding  pistols in both hands and fighting in the back alleys of Gotham City. The details of the two pistols are also very delicate, and the gun body has also been painted with an aging effect, the bright edges and corners, all feedback that these are two guns that kill countless people. 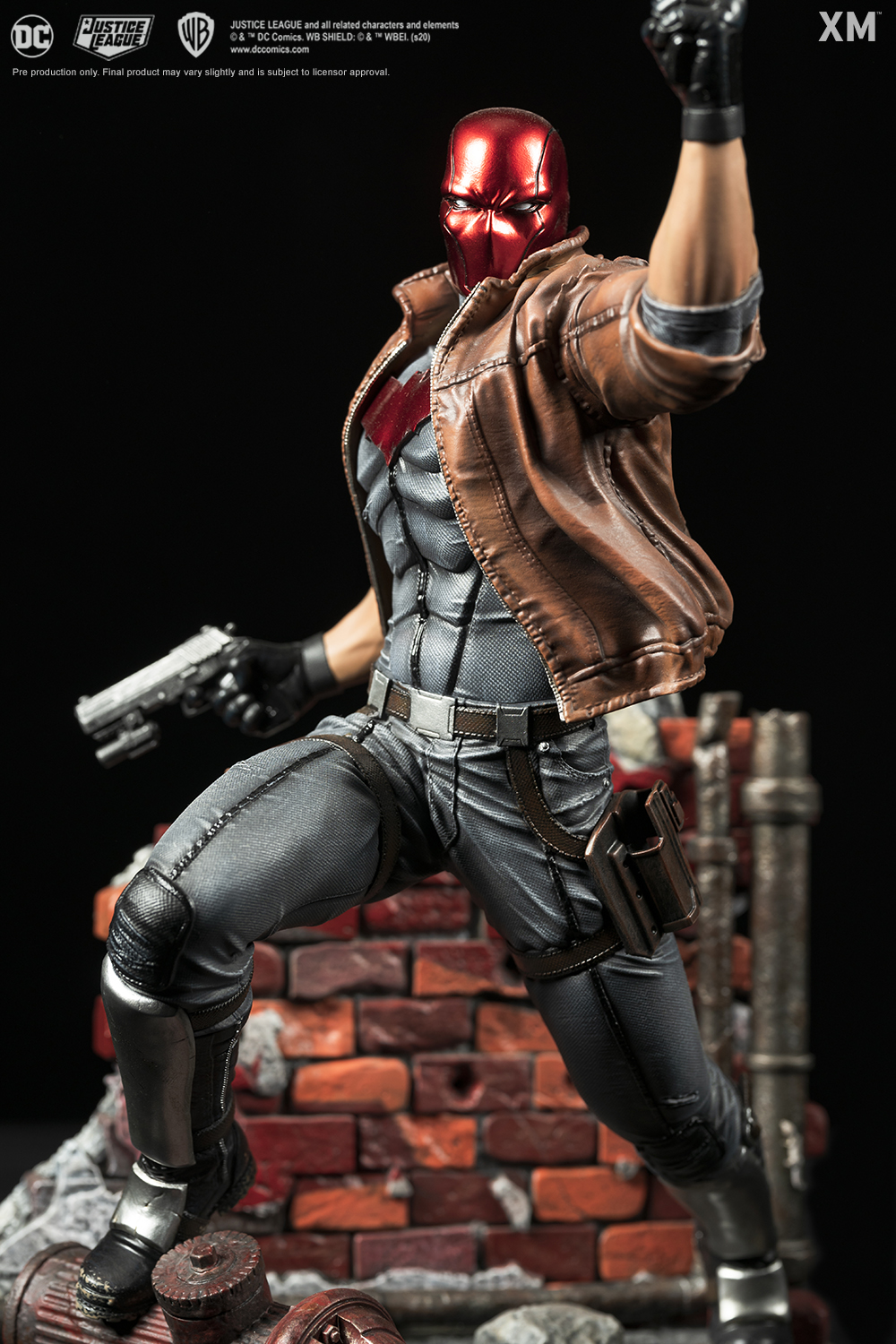 Looking at the statue from the front, the character is indeed very full. Especially the costume design is so brilliant. The brown jacket, silver-gray shirt and pants are tight, and the muscle shape that revealed is very real.
Looking closely at the details of the costume, the folds and lines are clearly visible, giving you the illusion of a real material. 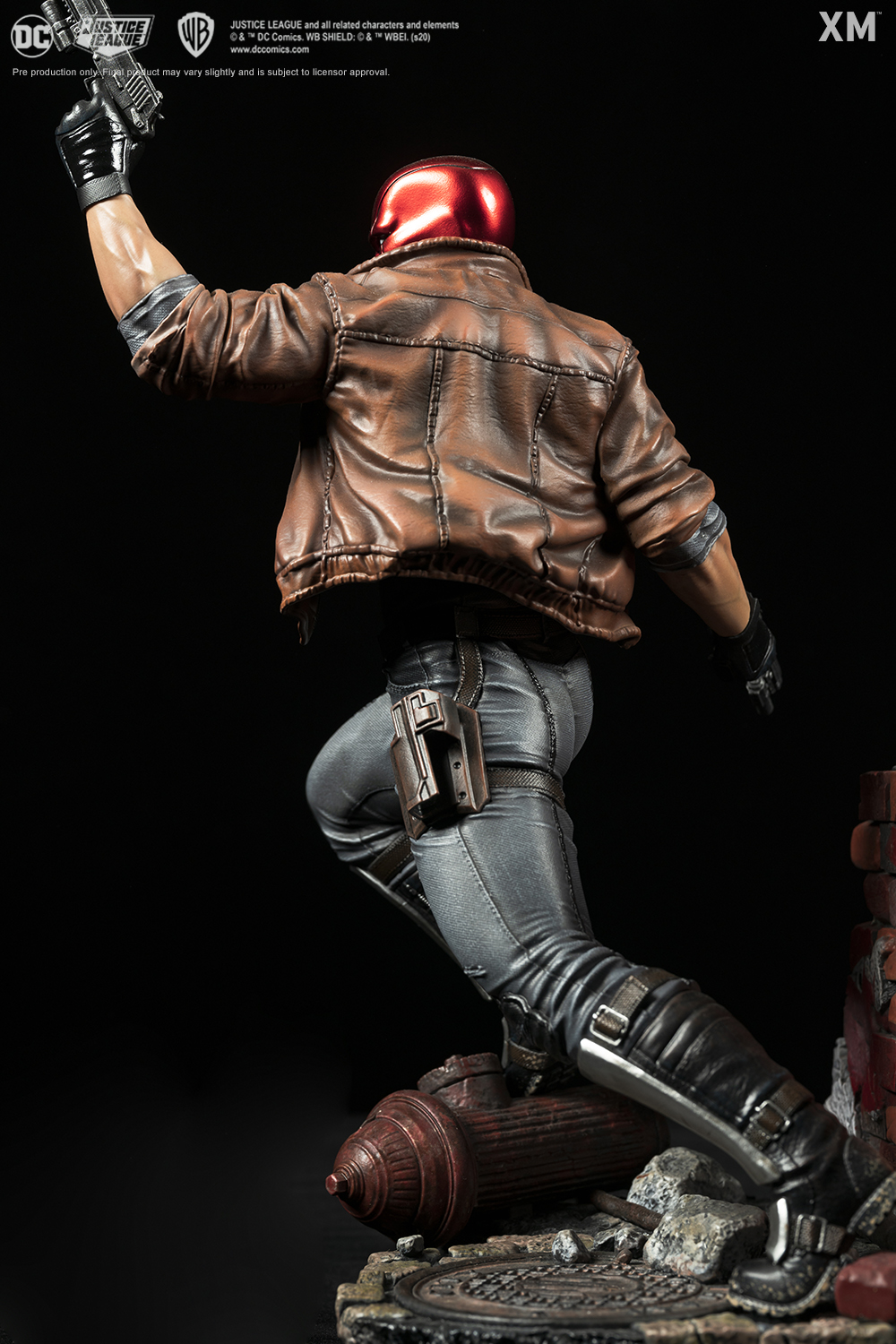 The surface of the jacket is depicted with rich details of folds and shadow painting, which is very real.
In addition, the blue veins of the arms are exposed, and the muscle lines are also very delicate. 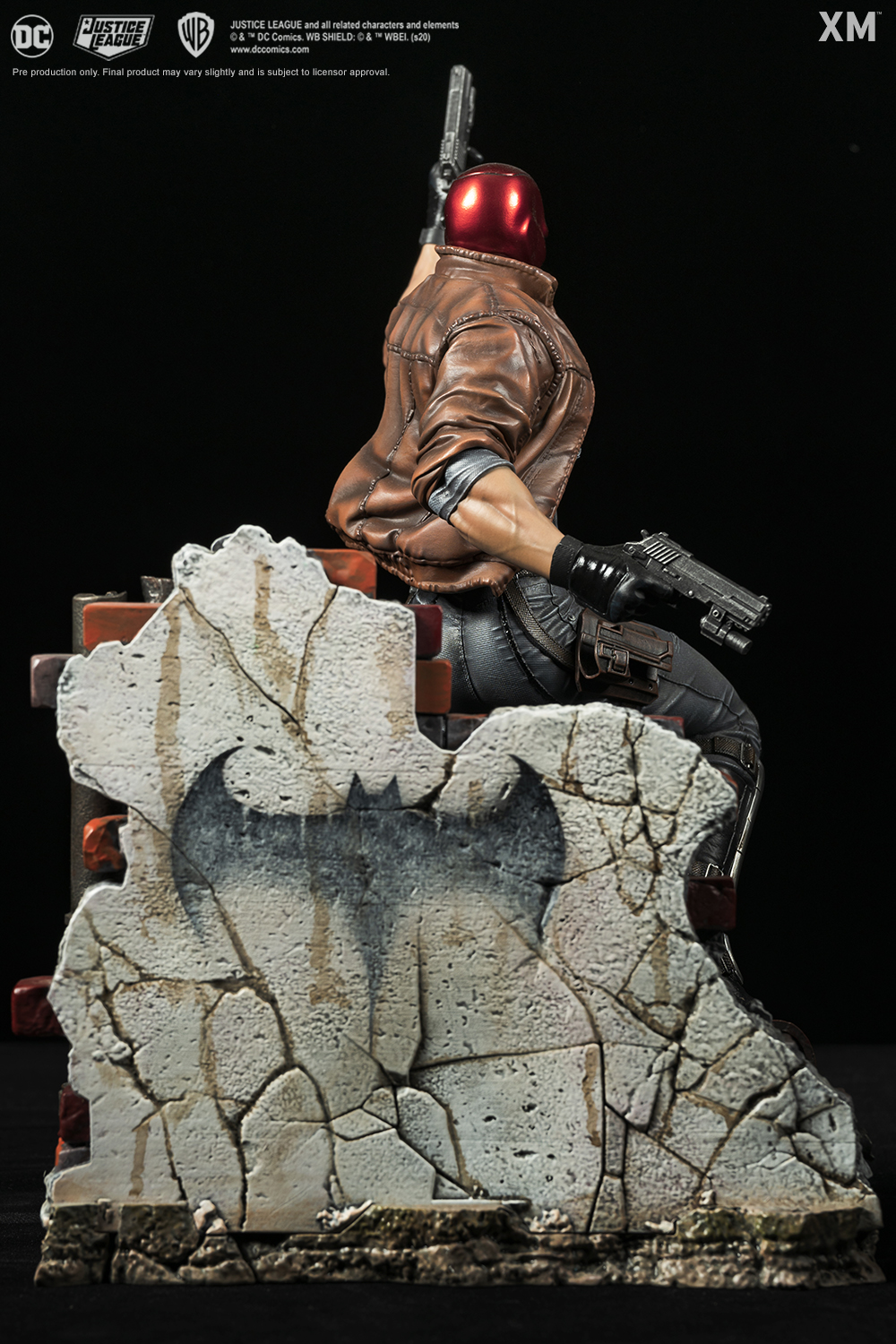 The base of this statue is definitely a highlight. It recreates the scene of the back alley of Gotham City very well. And the bat logo is also carved on the broken wall. 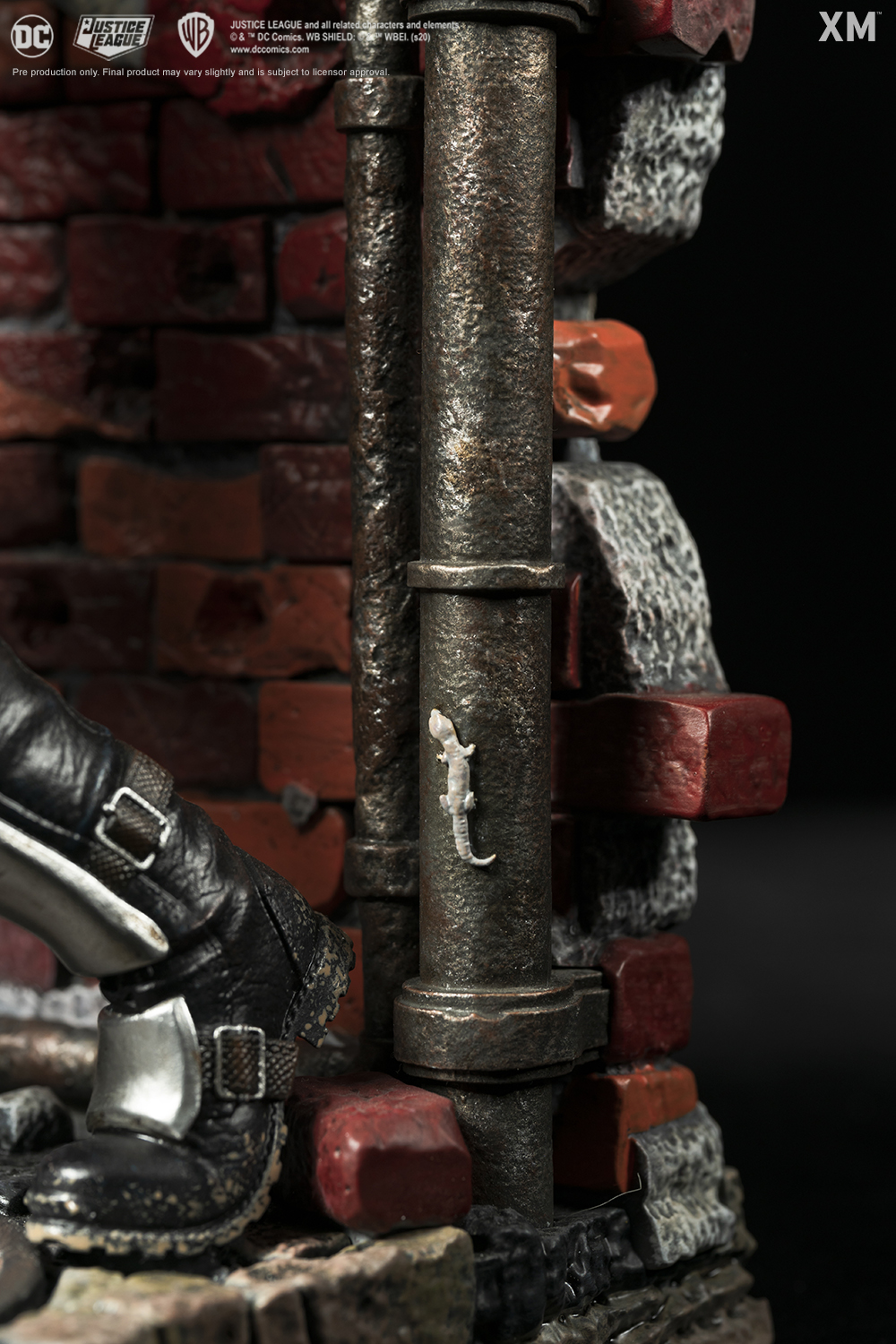 The two rusty and bumpy water pipes are perfectly depicted. Especially on the front water pipe, there was a little gecko crawling on it.
Cleverly reflects the environmental conditions of the back alley of Gotham City. 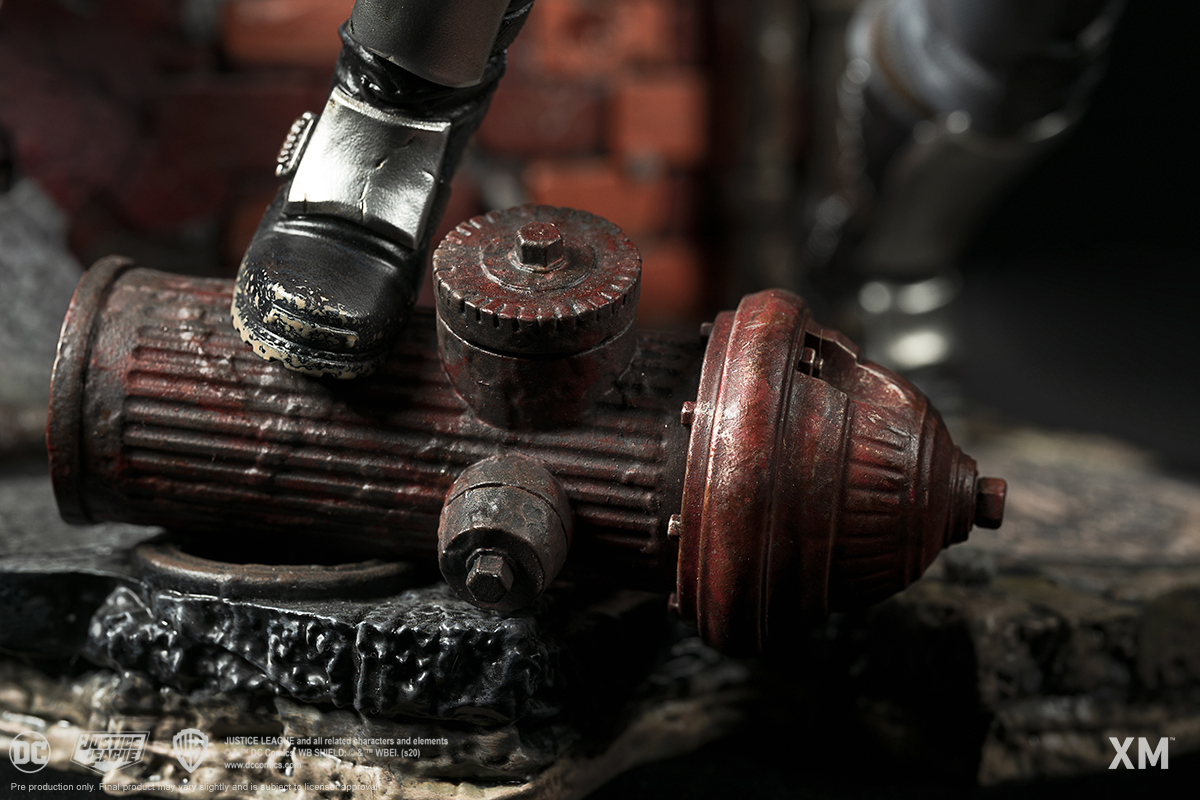 Besides, there is a collapsed fire hydrant on the base’s surface. These rich little details fully enhance the effect of this base, matching the main body, the visual effect is quite rich. 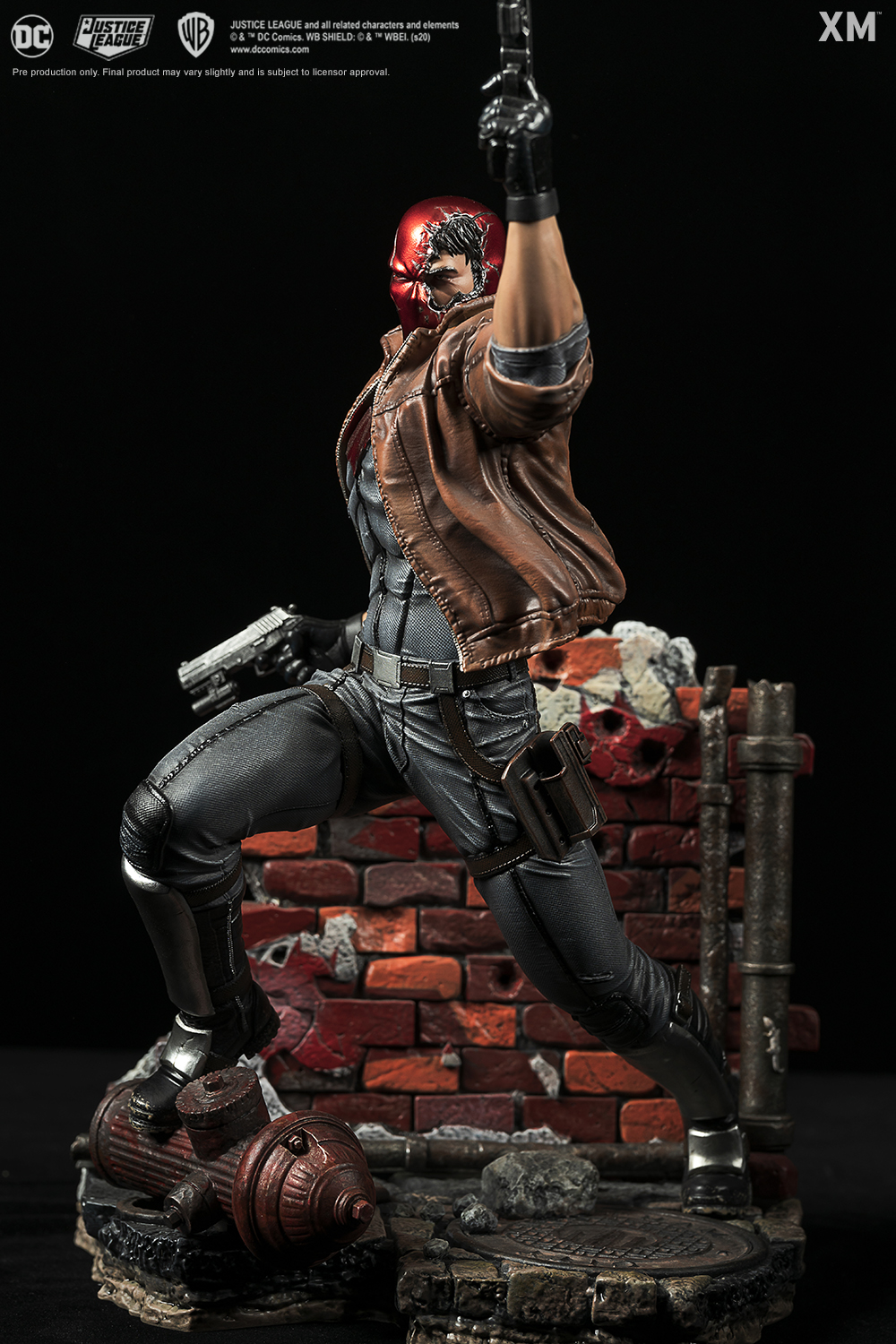 Finally, it also comes with an interchangeable head sculpt of half masked. So it also increases a bit playability of the statue.

Don’t miss this Red Hood Limited Edition Statue!!! Hurry up and add this statue to your collection.