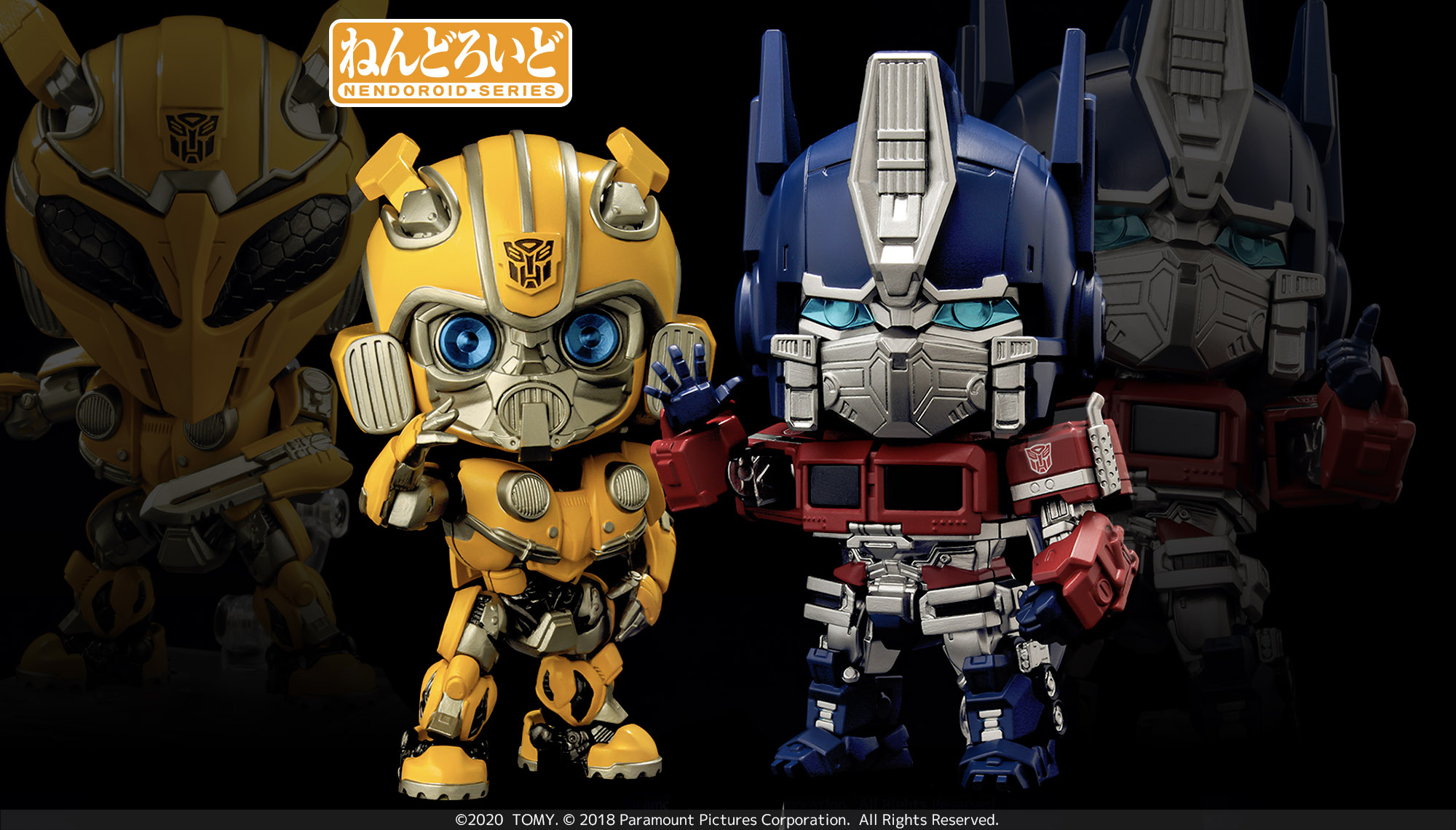 From the latest Transformers live-action movie series “Bumblebee“, the main transformers characters “Bumblebee” and “Optimus Prime” appeared as a Nendoroid! Let’s review one by one. 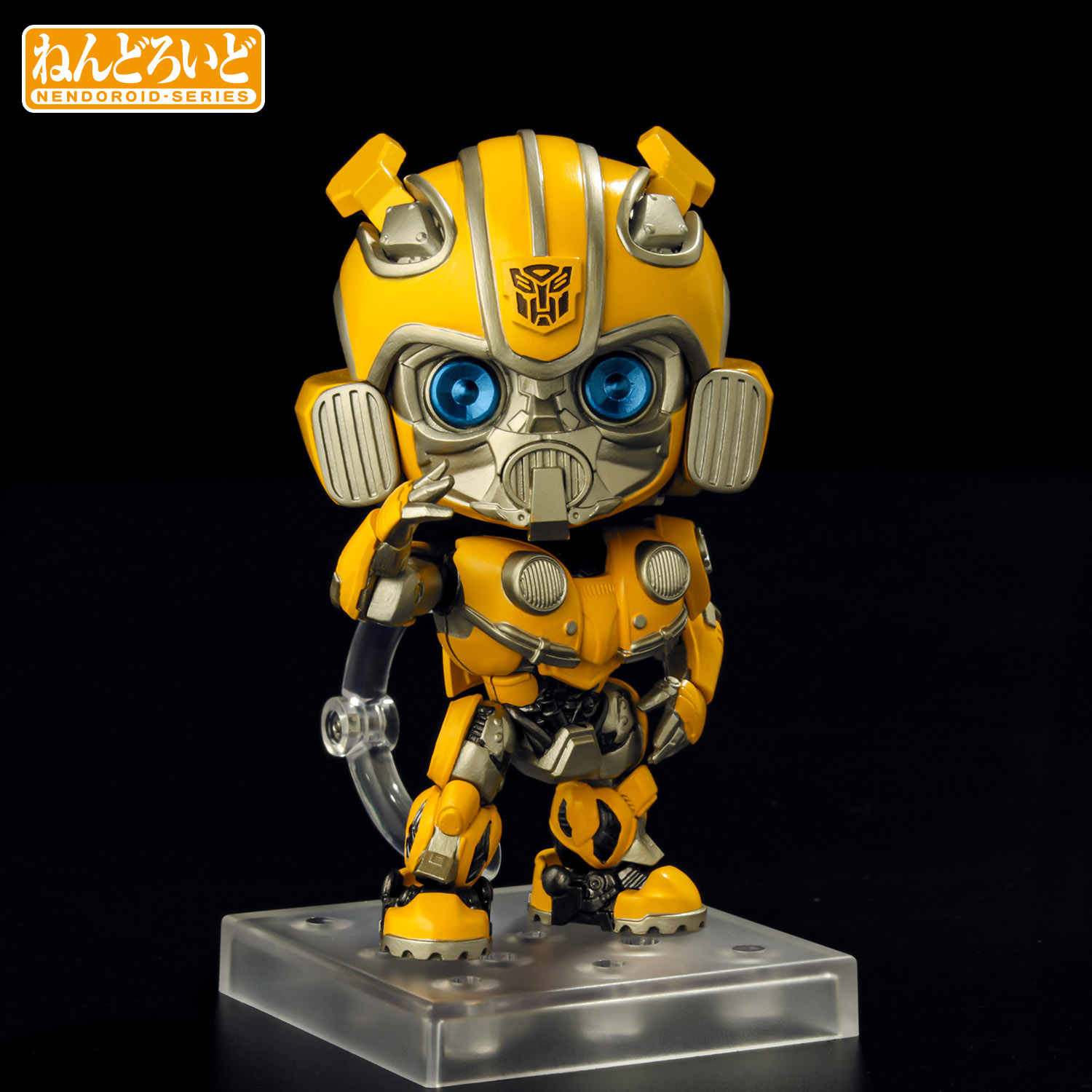 First, I need introduce this Bumblebee Nendoroid to you guys ceremoniously.  We know “Bee” from the autobot familiarly, popular with a lot of fans,  and also has a famous popcorn movie “Bumblebee” as he is the leading role.

Normally, we can buy the Bumblebee action figure from the market, but I have never seen Bumblebee Nendoroid before, especially it is combined with action figure form. Thanks to SENTINEL & GSC, this is really a surprise for the fans. 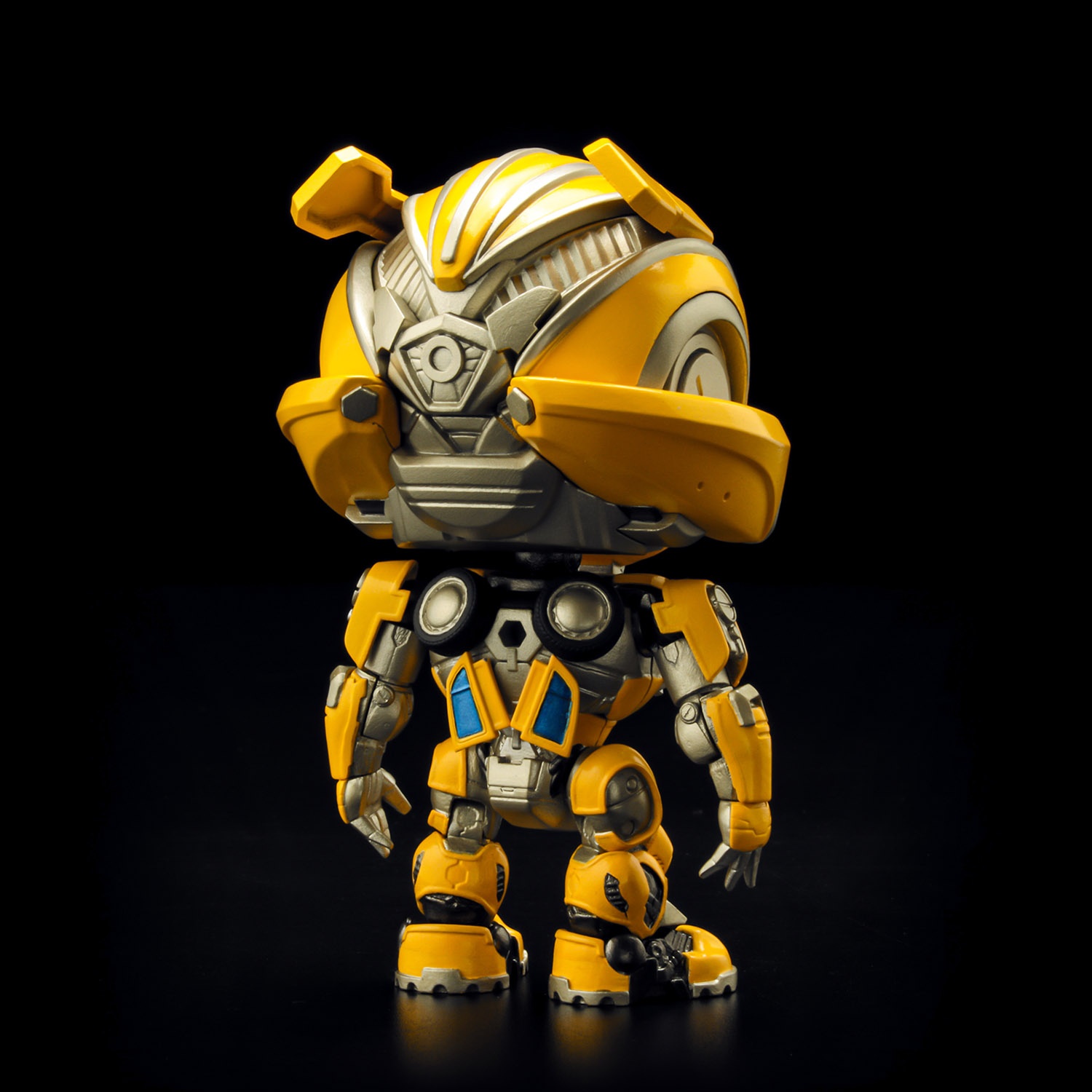 We can see the details of Bumblebee back are very exquisite, reveals the autobot complicated structure, and the height is 100 mm.

The Bumblebee Nendoroid is a full action model with movable shoulders, elbows, knees and ankles! You can reproduce various brave battle situations without replacing all the body parts. 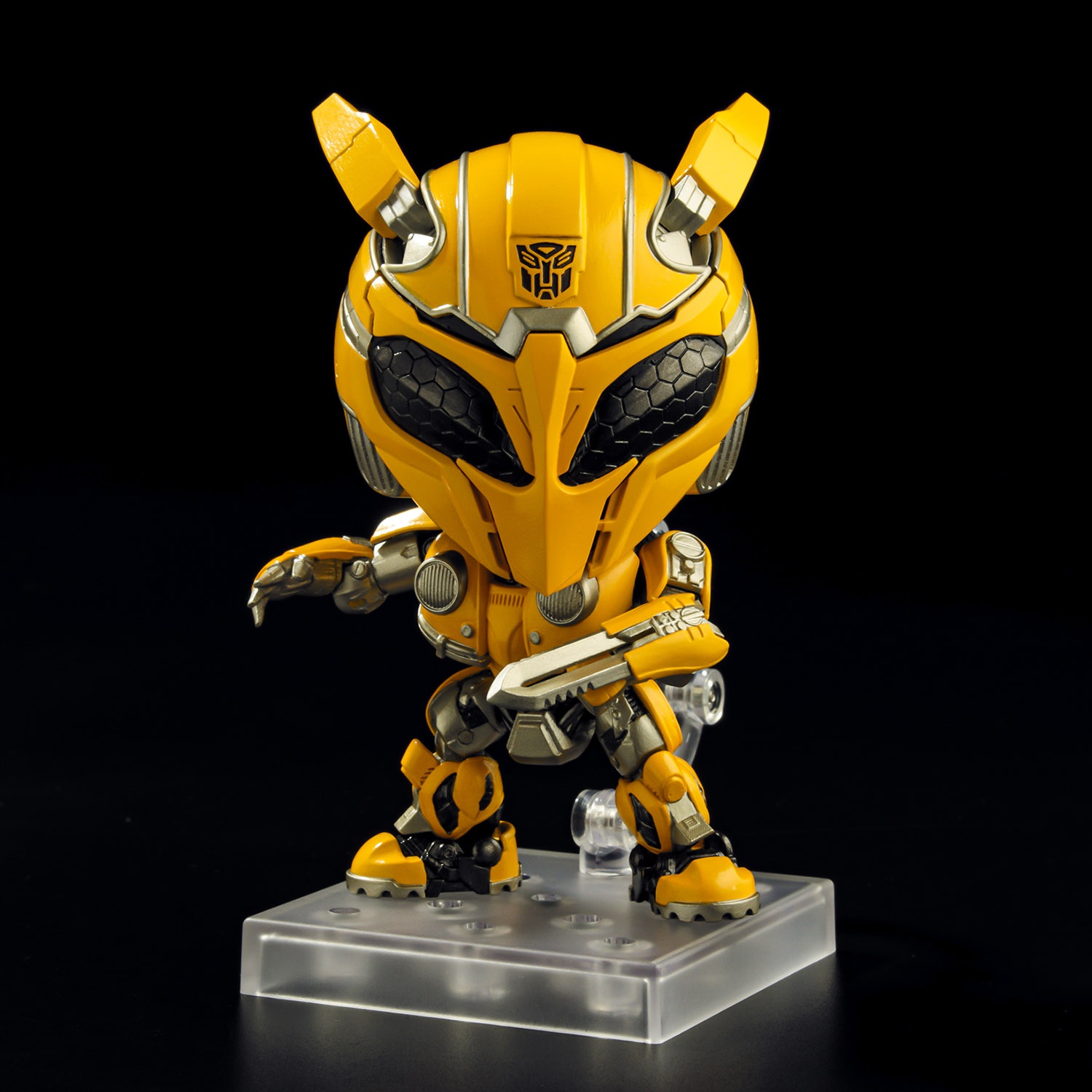 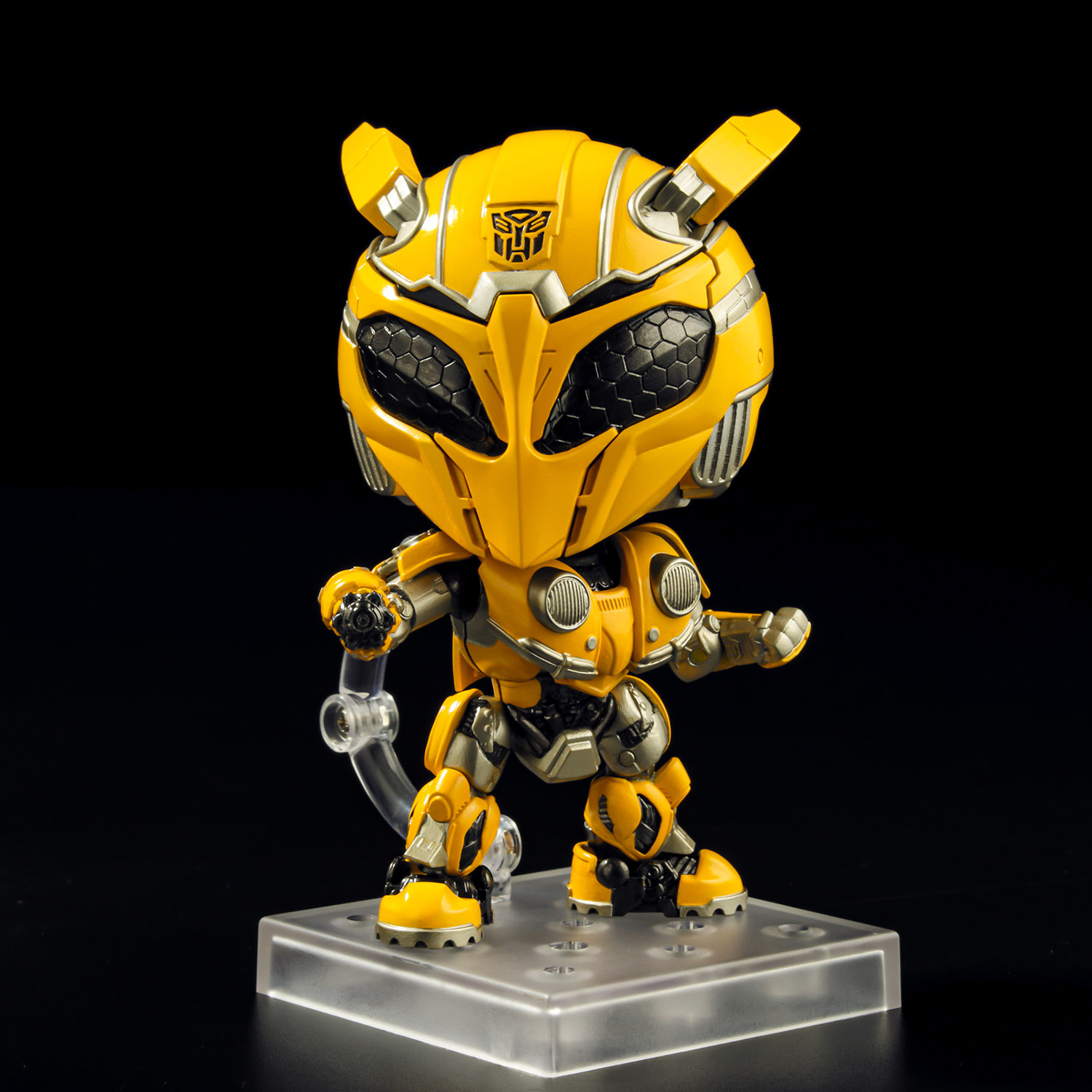 Meanwhile, attached battle mask, arm cannon, and sword for Battle Mode along with interchangeable hands to be displayed in fight scenes. This is really awesome! 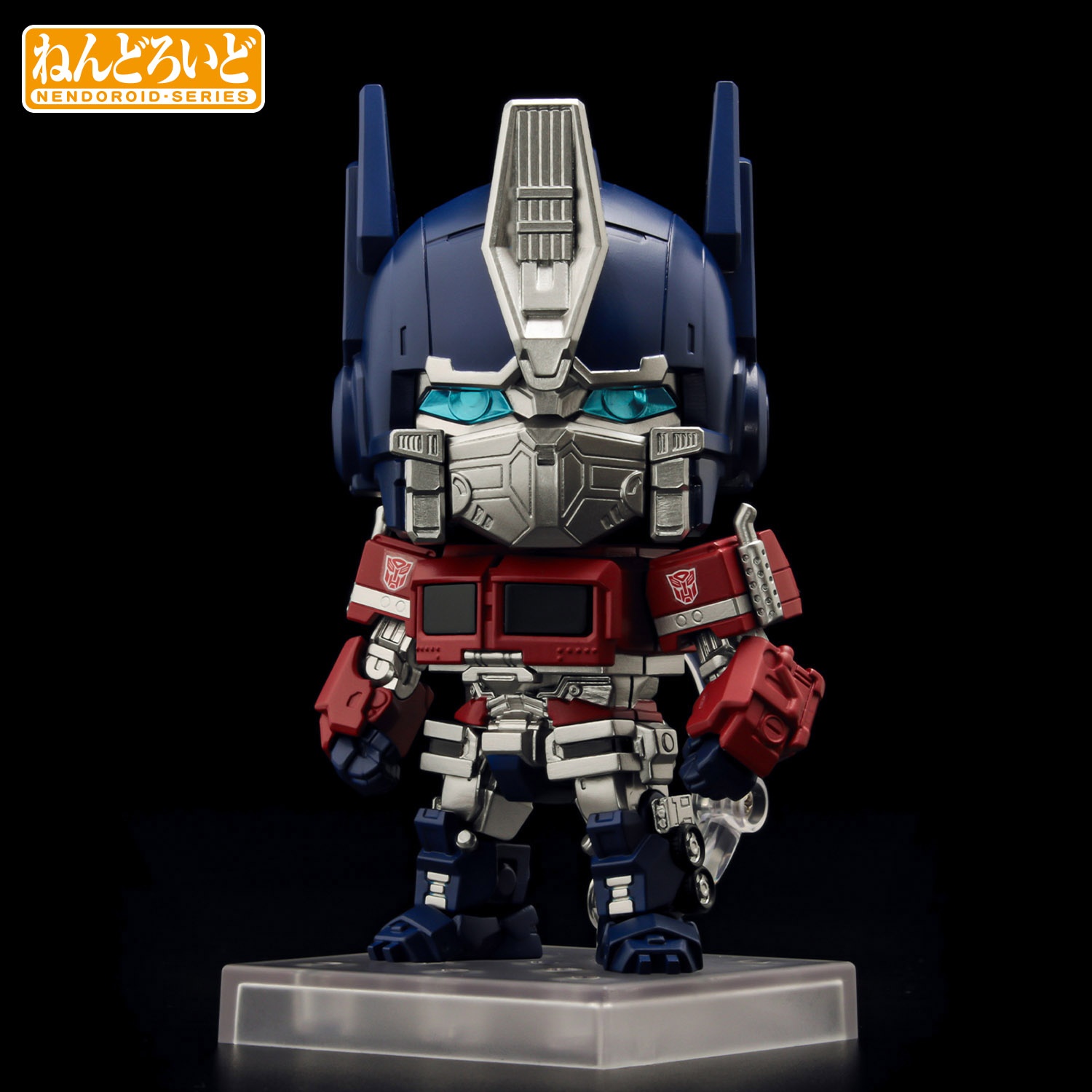 It is so adorable and different from the previous form, Optimus Prime is also sculpted as a Nendoroid after the 2018 film “Bumblebee”. 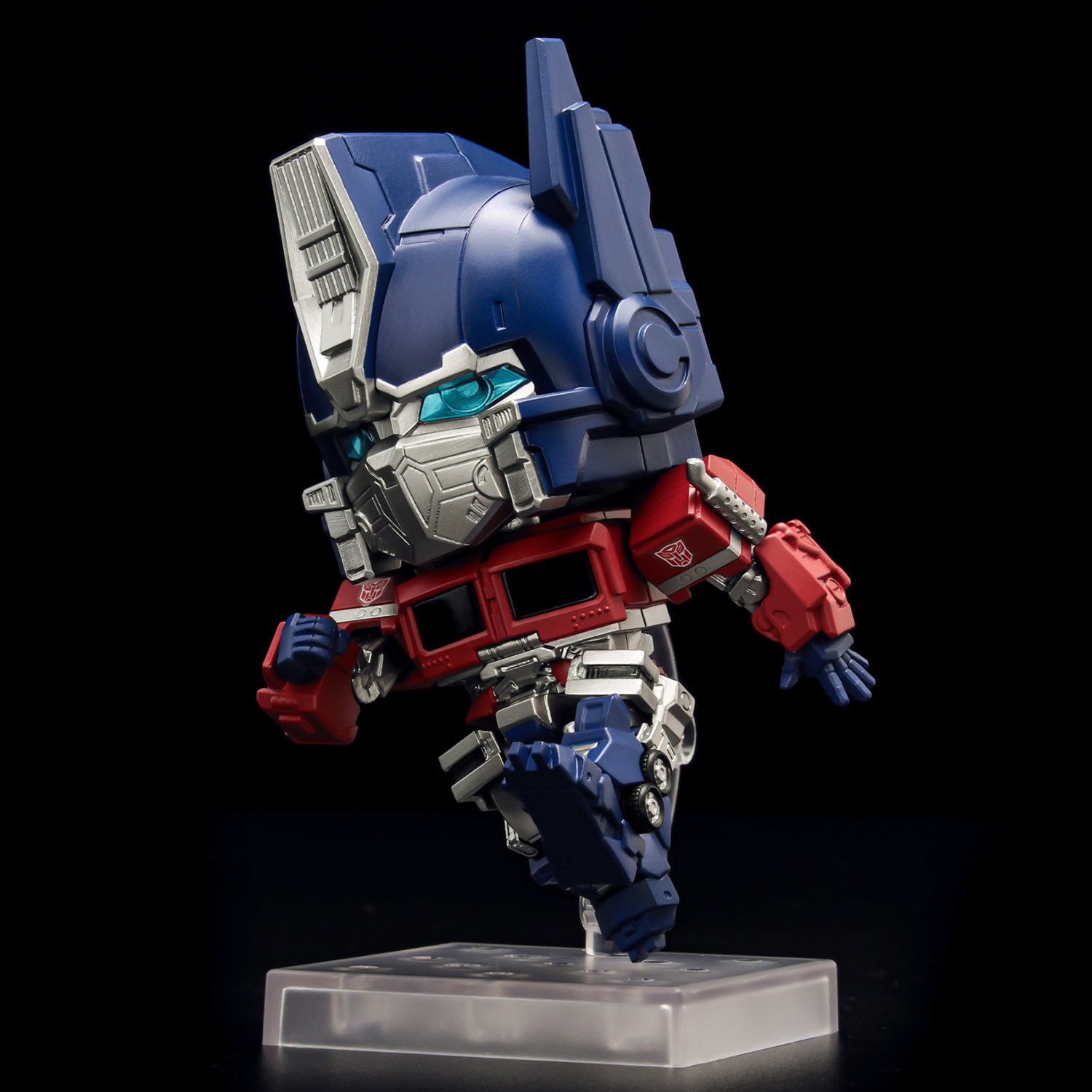 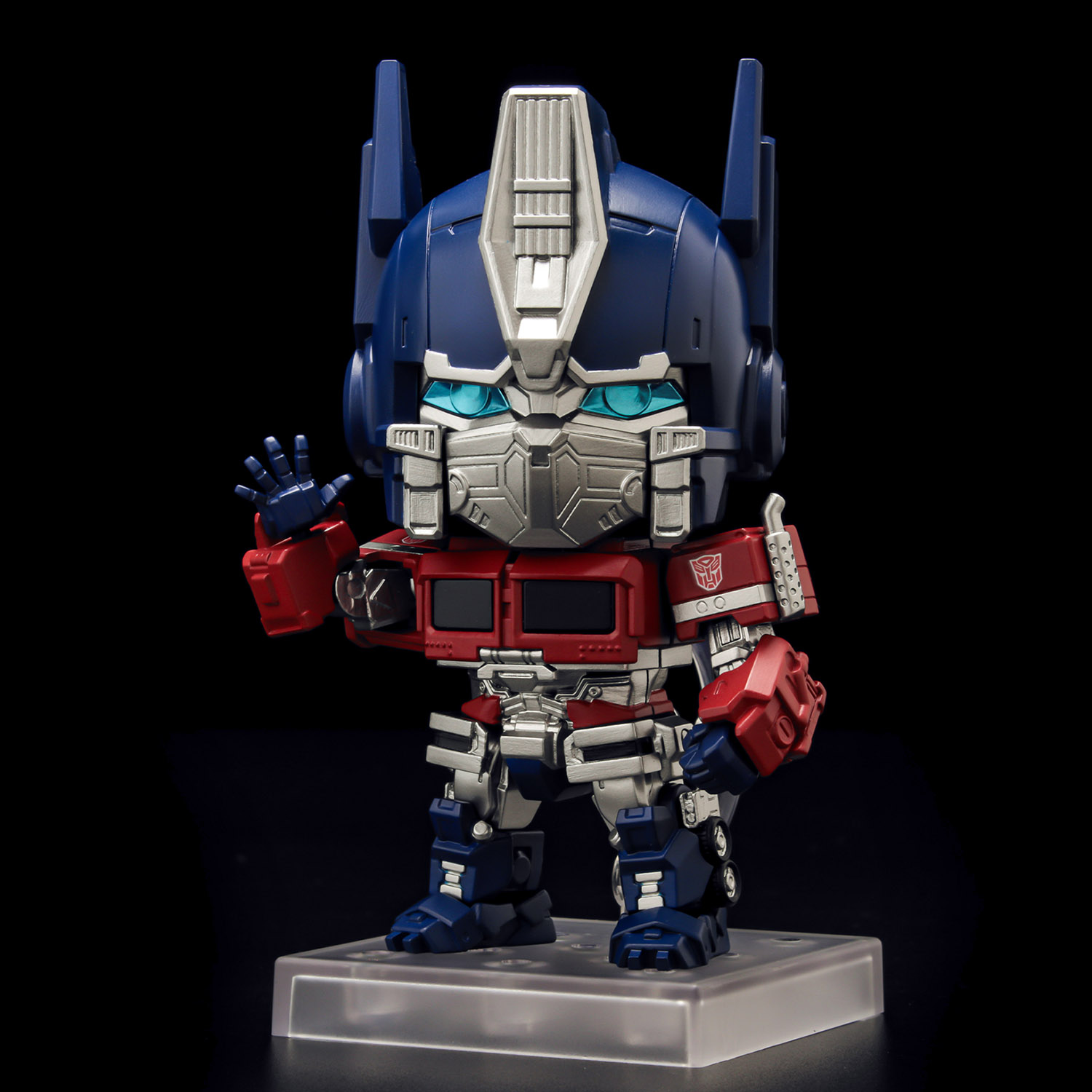 “Hello, guys!”  Use your imagination to pose what you want!  The Optimus Prime Nendoroid is also a full action model with movable shoulders, elbows, knees and ankles! 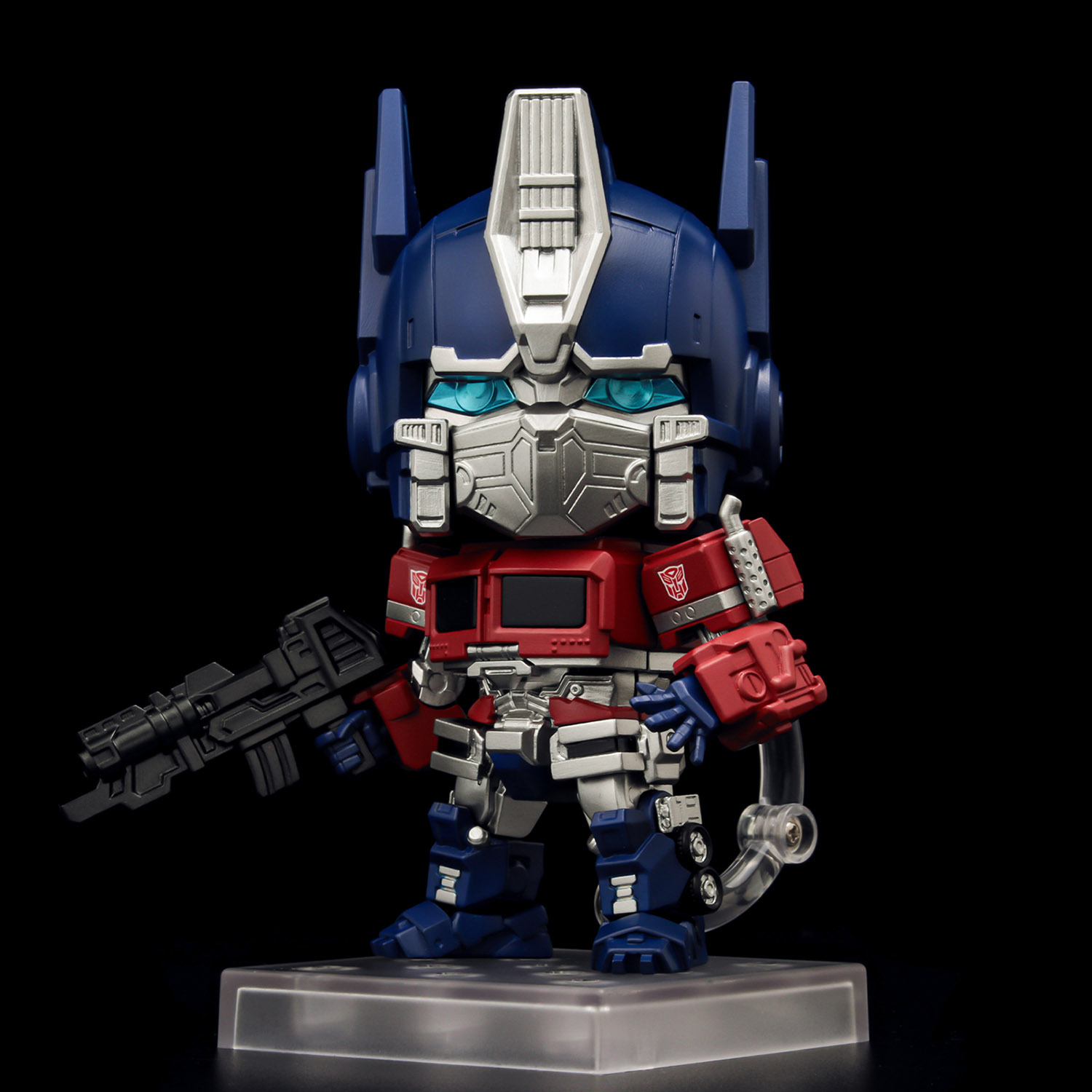 Different from the Bumblebee, there is no battle mask for Optimus Prime, LOL. But we can see the cool ion rifle is included. 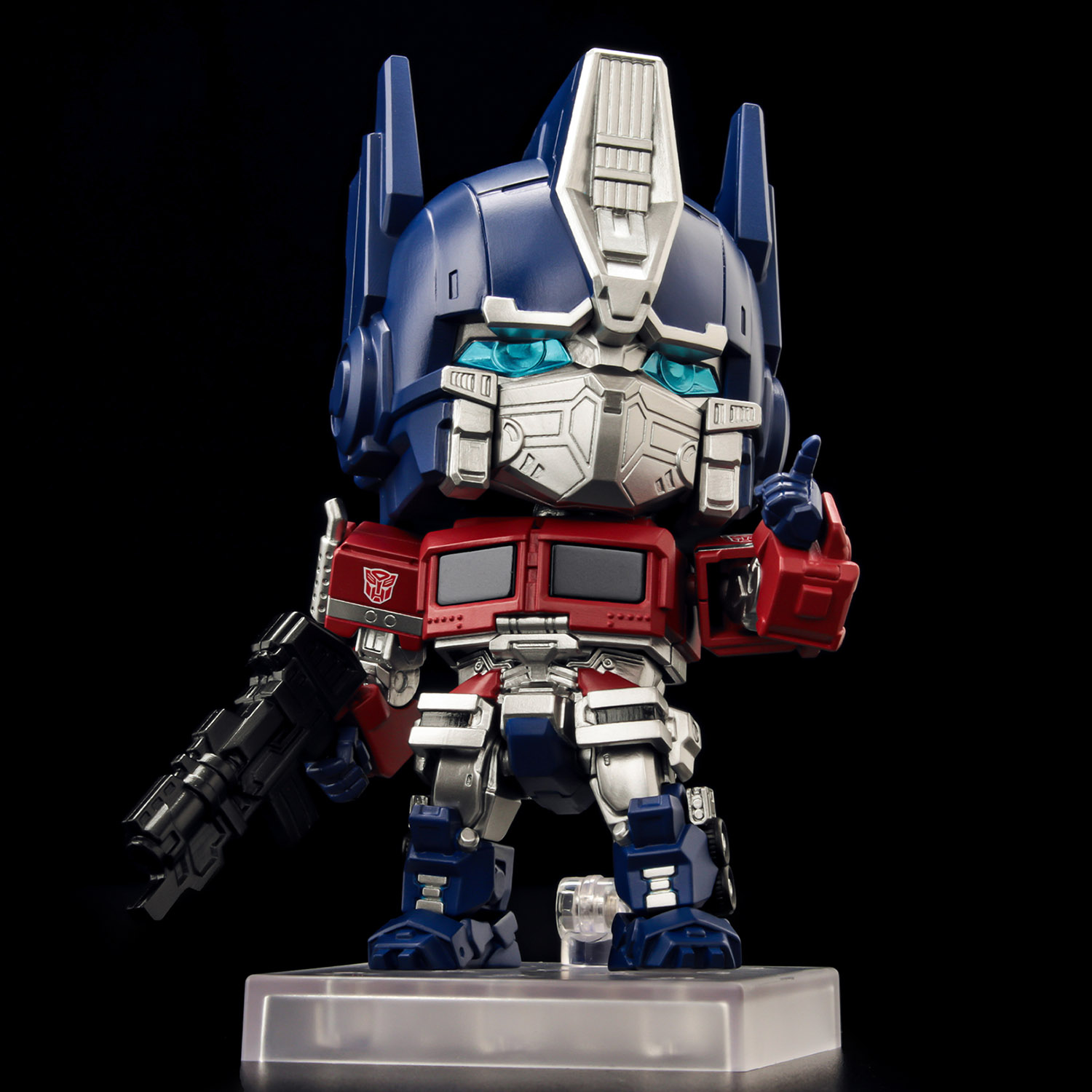 You can reproduce the opening scene that bravely conducts Autobots with Cybertron stars to fight against Megatron. 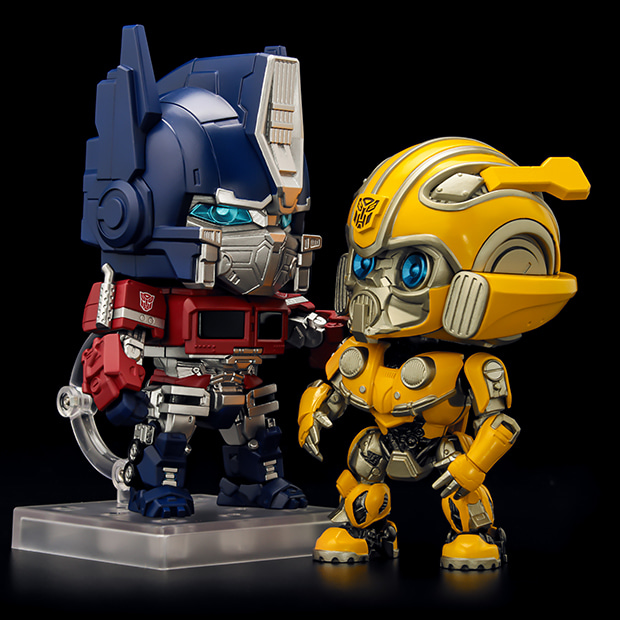 To be honest, there are much more funny accessories of Bumblebee than Optimus Prime’s. Personally, I like Bumblebee better. 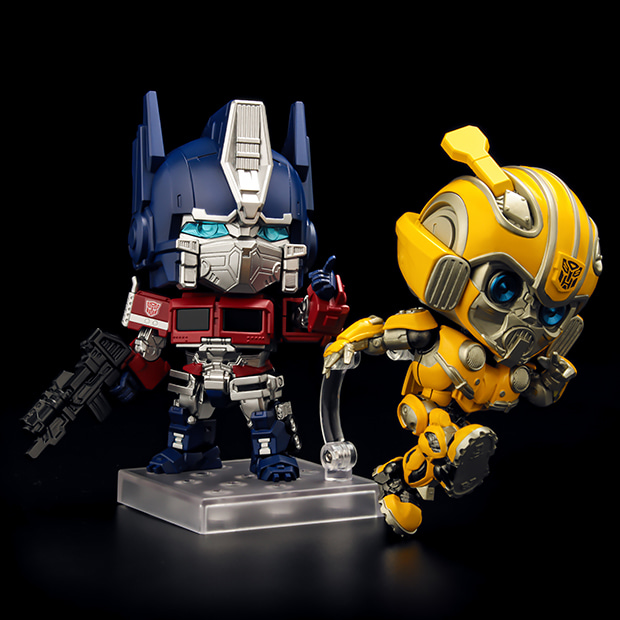 “Stop!!! I will catch you!” Combined them together, you can do so many poses with them.

ADDITIONAL DETAILS & DIMENSIONS
Where to buy: Amazon
Check out the price of Bumblebee Nendoroid

Check out the price of Optimus Prime Nendoroid