Unexpectedly, Hot Toys actually launchs this zombie Iron Man action figure ( MYSTERIO’S ILLUSION) from “SPIDER-MAN: FAR FROM HOME” film. Although there are so many Iron Man figures in the market, this one is really so cool! Don’t miss it! 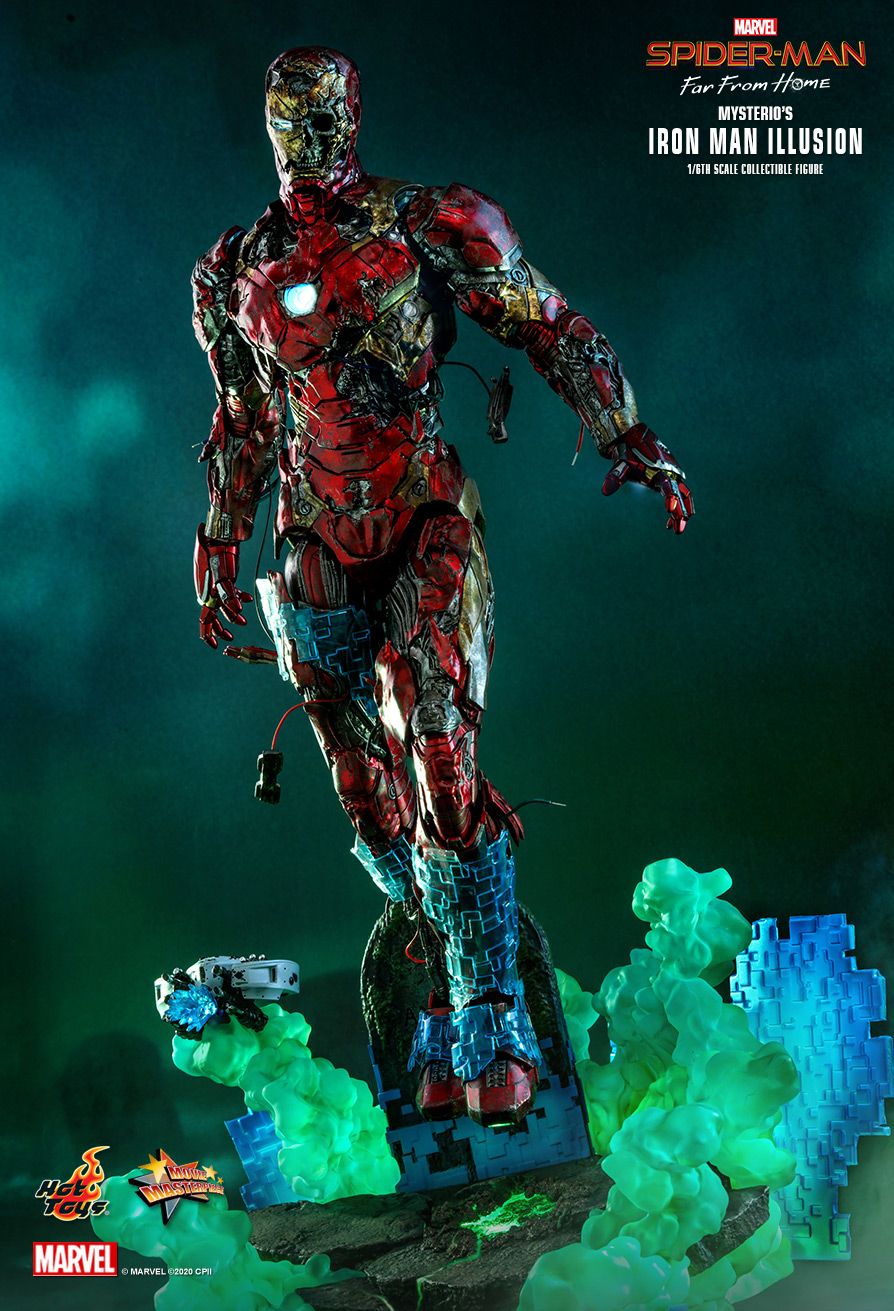 This zombie Iron Man appears when Mysterio uses holographic techniques and projector drones to create a sequence of surrealistic imagery to torment and disorient the young Spider-Man.
So this action figure also be officially called “MYSTERIO’S IRON MAN ILLUSION”, and I am really impressed by its design. 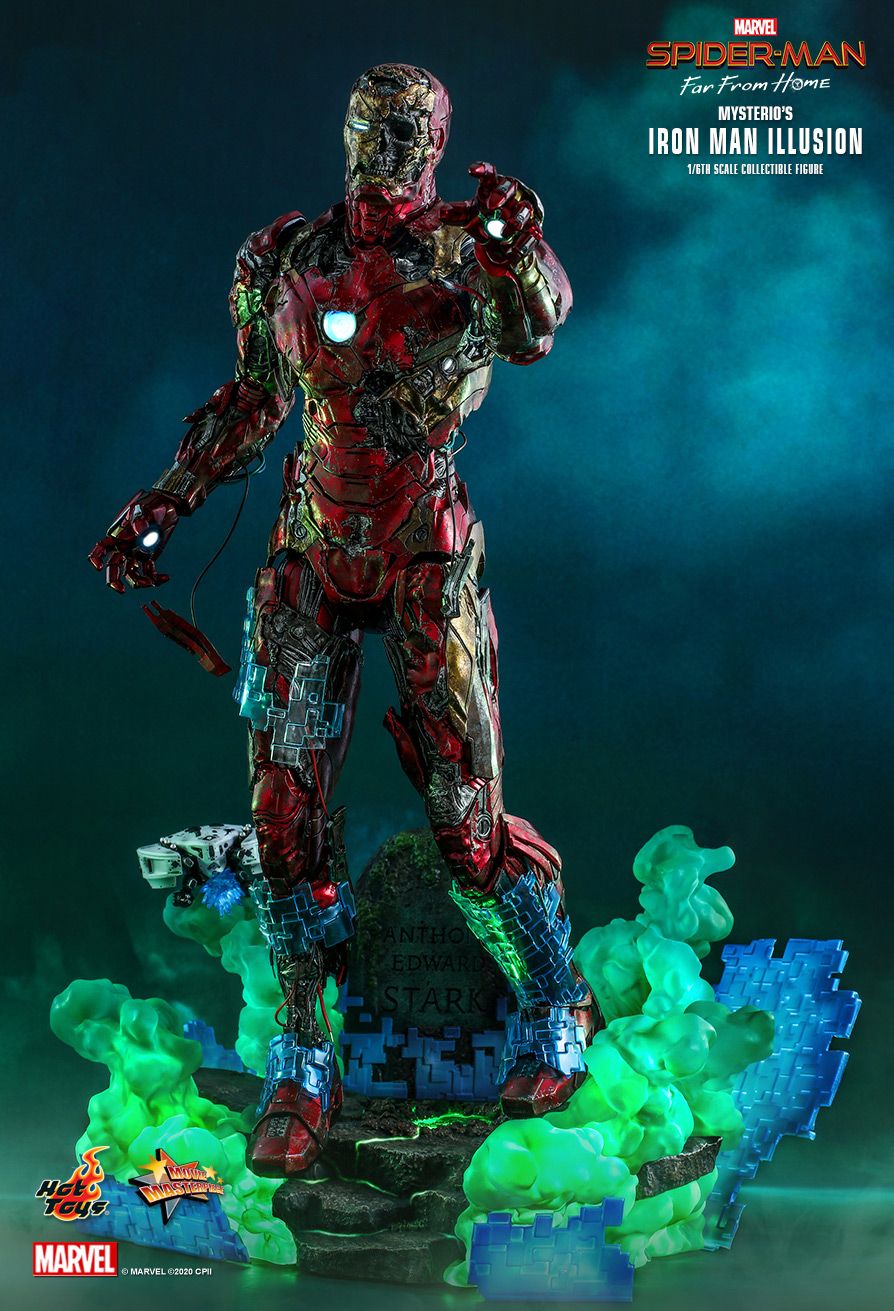 This action figure is crafted in 1/6 scale, and the height is approx 320 mm. 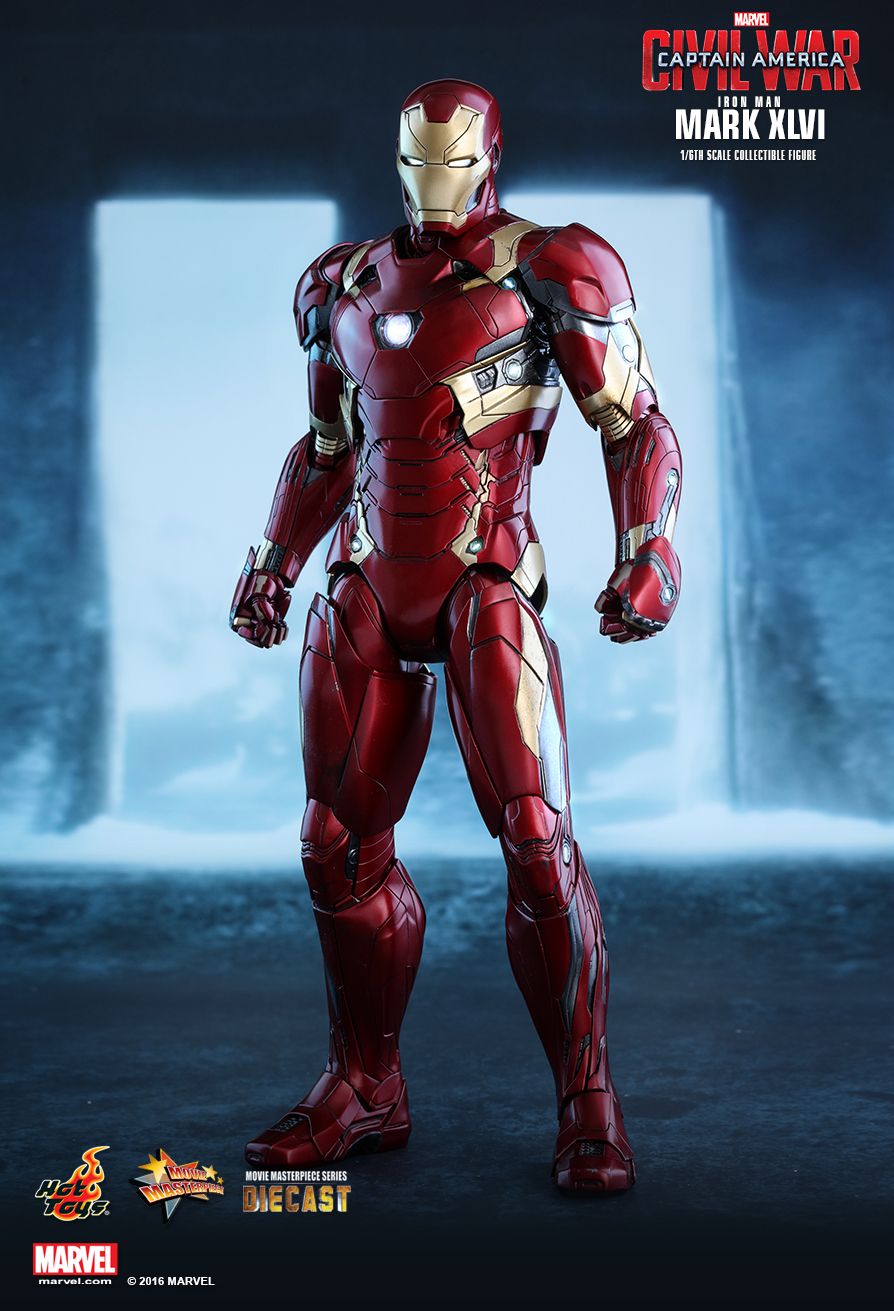 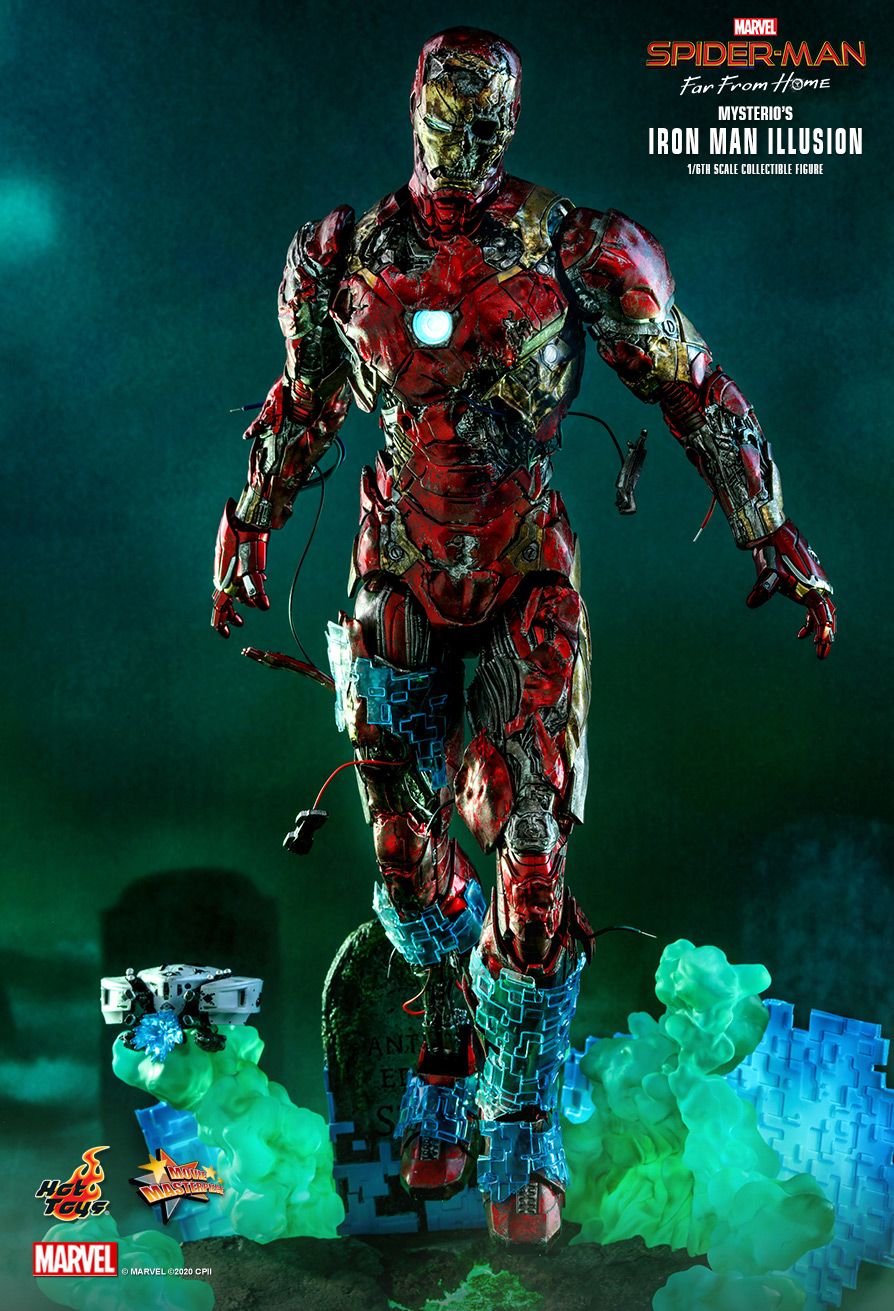 Compared with the normal version, there is a big difference in the shapes, and the Zombie Iron Man‘s armor parts are basically new parts.
And because of his armor has a lot of damage details, this parts should be made of plastic material, not the die-cast material as the normal version.
We can also find the difference in above pictures, this time the new picture is not marked with the “DIE CAST” logo.
So this action figure does not belong to the die-cast series. 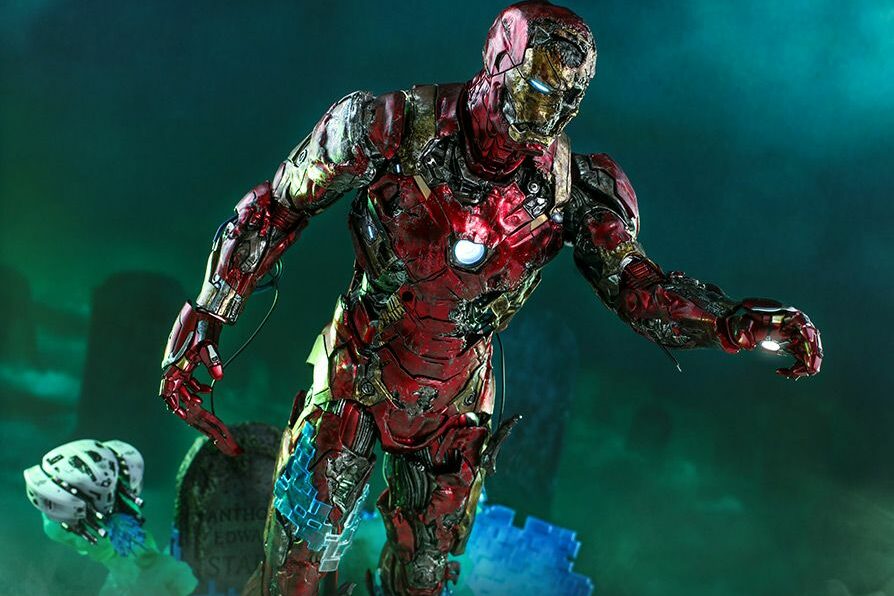 We can imagine that its weight should not be heavy as before.
But considering the die-cast material can’t create such a degree of battle damage effect
We can fully understand the reason why Hot Toys adopts the plastic material this time.

It’s really high-class craftsmanship. The details of the battle damage effect are treated very well this time, features heavily weathering effect with scratches and rust.
Meanwhile, the legs are also equipped with the blue pixelated effect accessories to complete the remarkable visual setting. 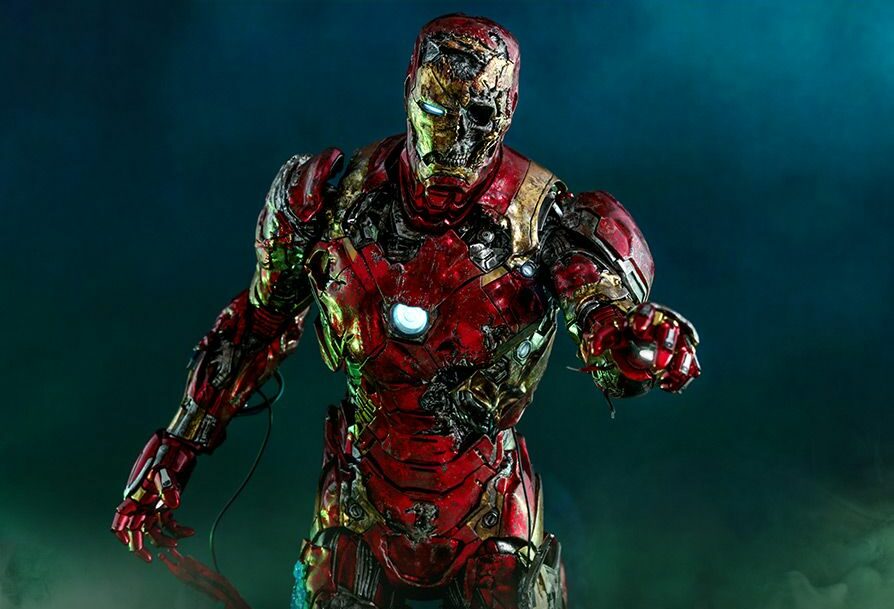 The head sculpt of this zombie Iron Man action figure is also a highlight. The back of the battle-damaged mask is carved with skull details, and the surface of half mask is also used a lot of weathered painting， completely recreates the same image in the movie. 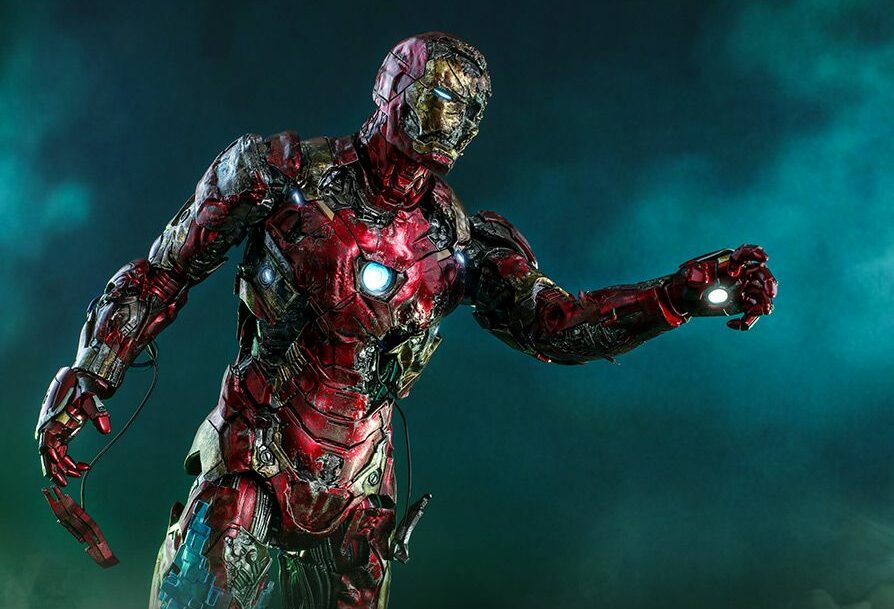 There are not many accessories.
Except for the 4 pieces of interchangeable hands, only a scene base is given. 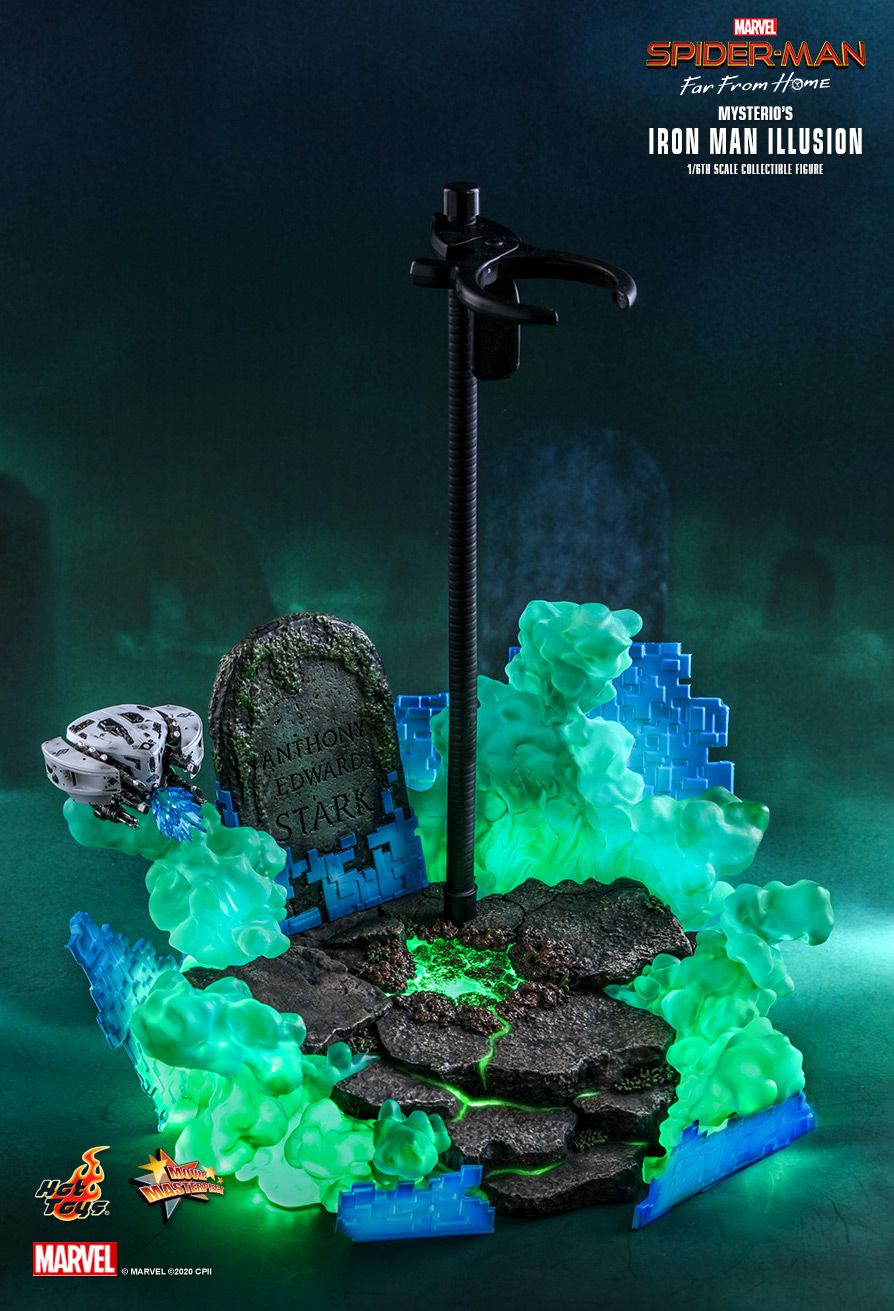 But the base’s design is really worth mentioning this time.
The base surface not only has numerous green smoke special effects and a small droid.
But also Tony Stark’s tombstone and pixelated effects are recreated. That’s really awesome. 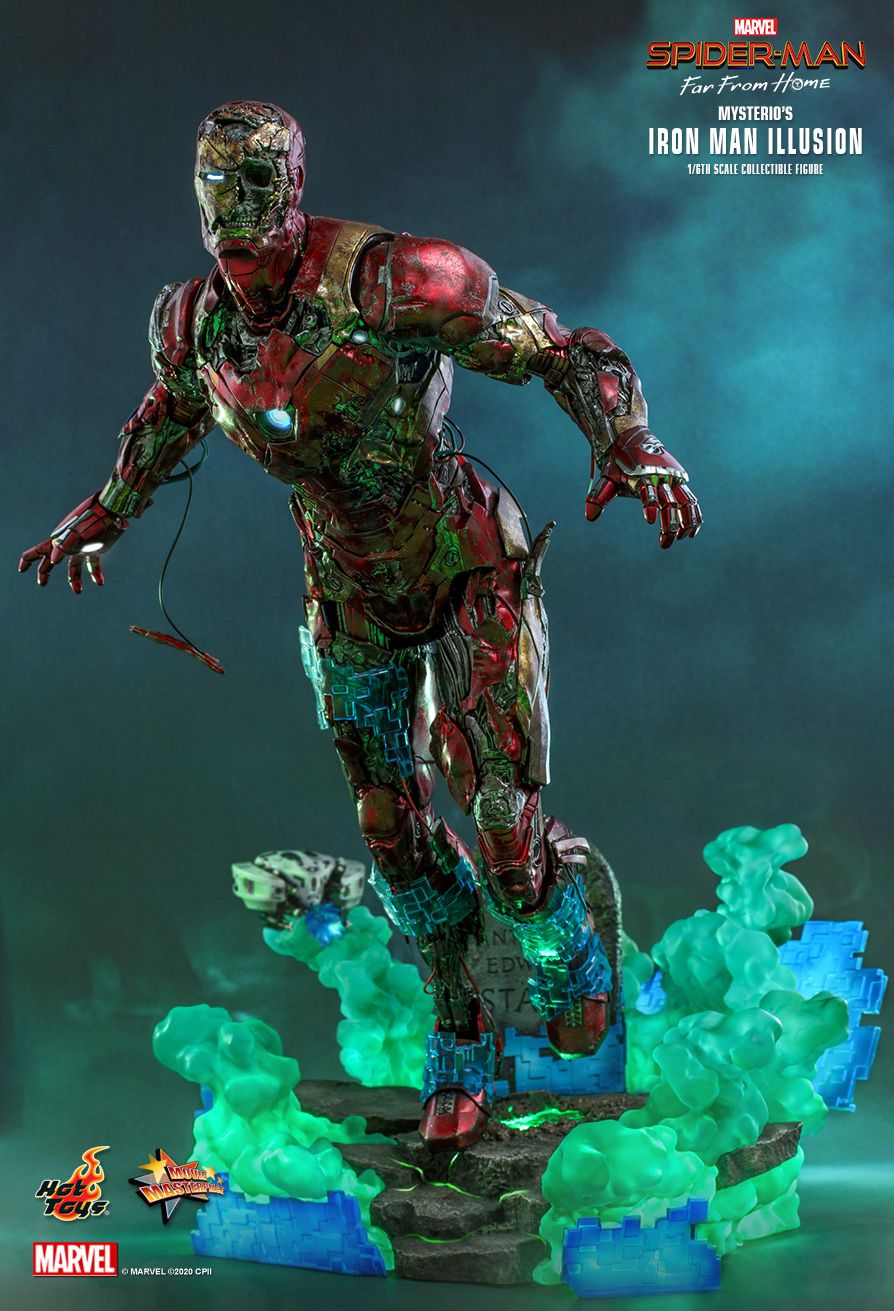 Meanwhile, there is also LED light-up function design on the base. It’s so cool when light it up. 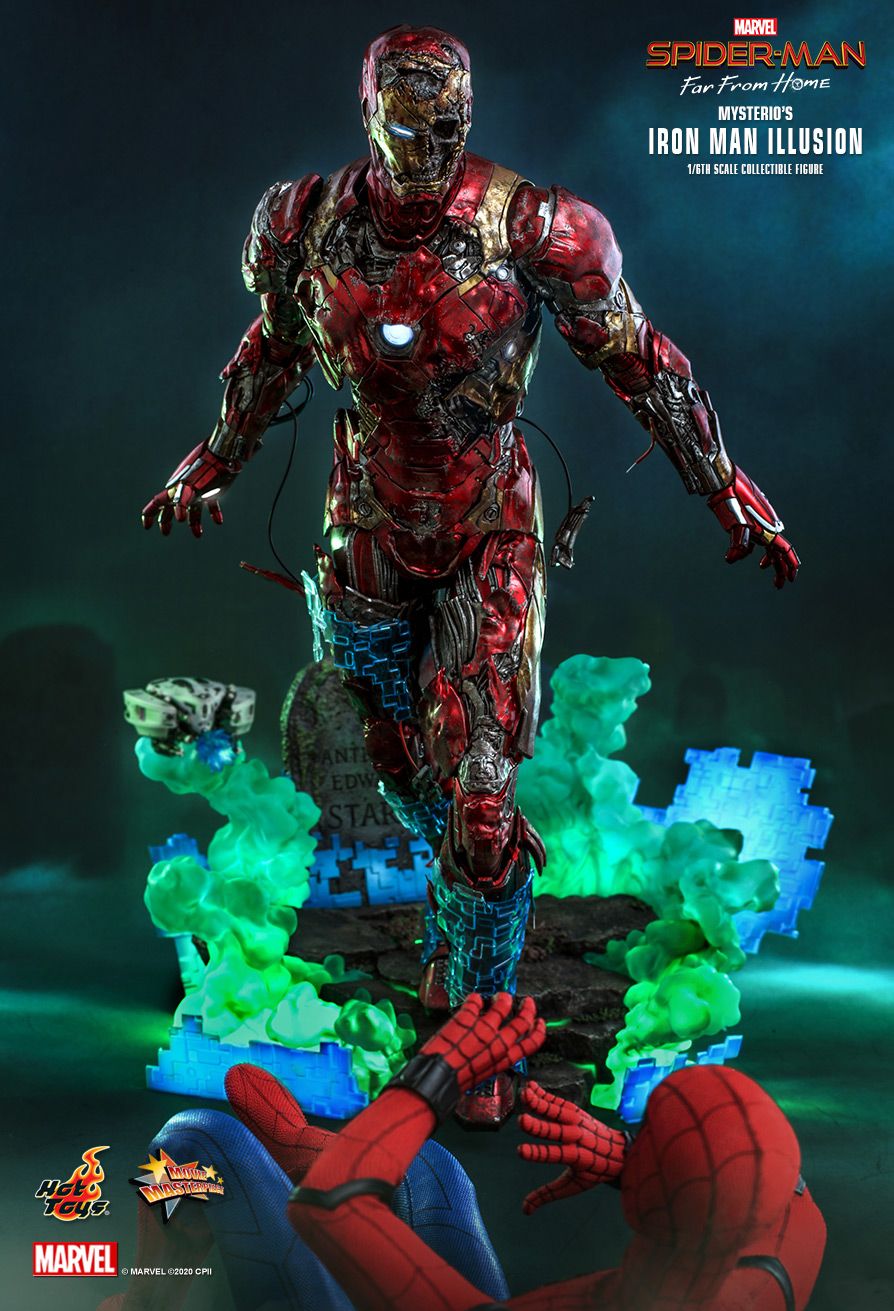 This zombie Iron Man can be played with Spider-man, the enigmatic villain has trapped our Spidey within horrifying illusions.

Do you also want to collect such a unique Iron Man action figure?