Have you ever seen a Super hero wear sneakers to defend justice? Think about this picture, is it cool？Now Sideshow makes it possible.

Let me introduce the artist Tracy Tubera, who mixes pop culture imagery with his love for sneakers, Super Heroes, and humor to create imagery all his own. And finally comes with these design toys ( collectible figures) what he calls S.H.S. aka Super Heroes in Sneakers. 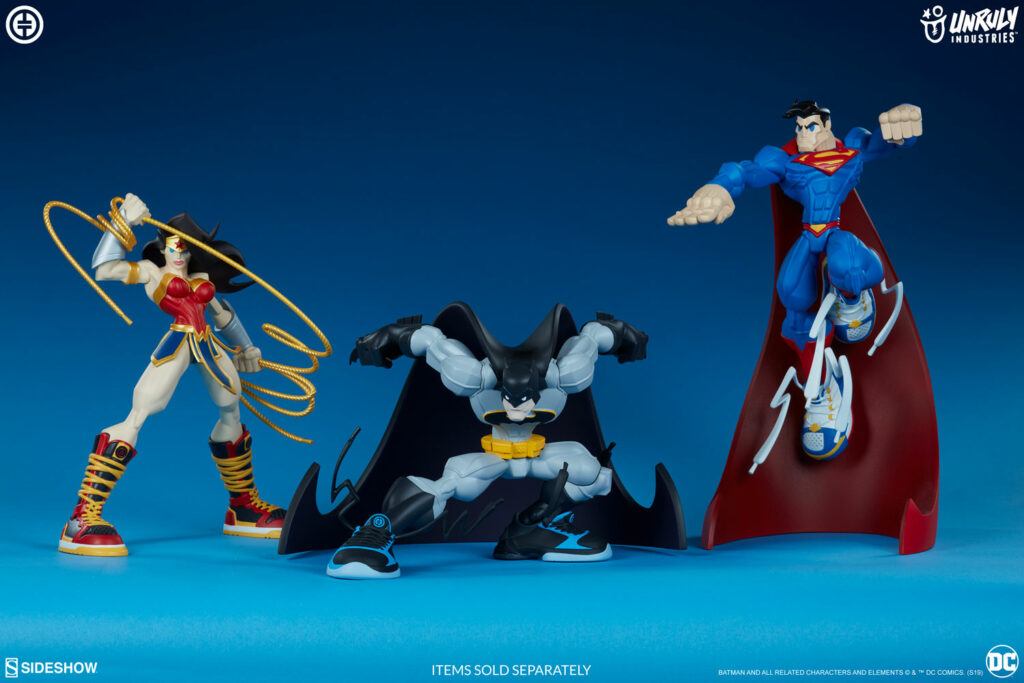 Sideshow and Tracy Tubera previously have launched S.H.S. of Marvel Collection (Spider-man, Deadpool  and Black Panther), this time they present S.H.S. of DC Collection, and the super heroes are Batman, Superman, Wonder Woman. Let’s have a look! 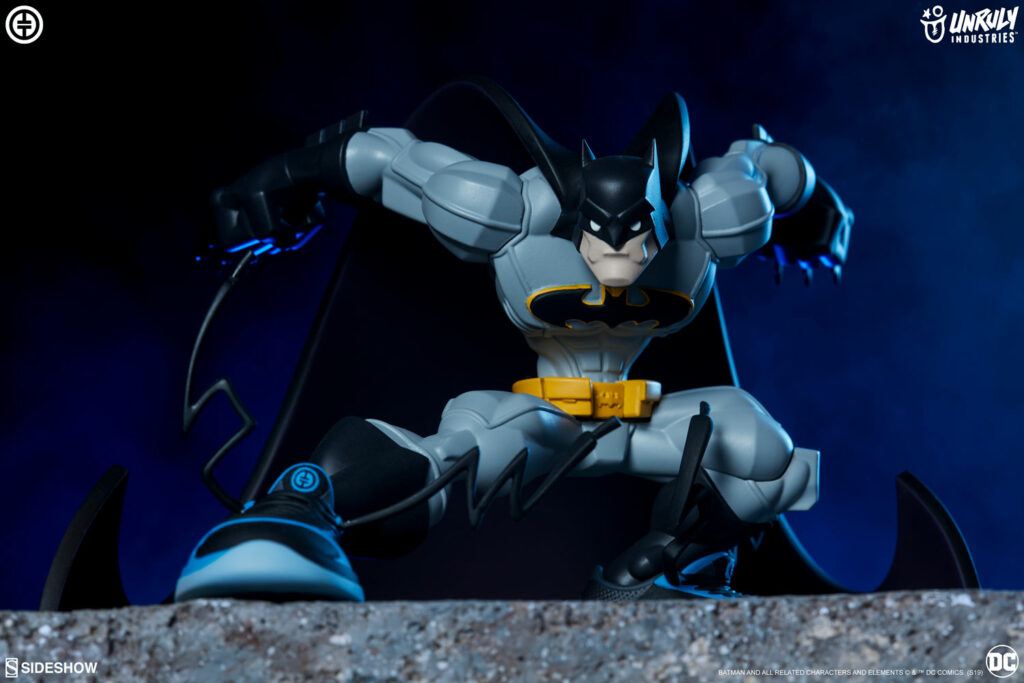 Let’s start with the most popular Batman. Batman makes a dynamic posture that he lowers his body and is about to leap into air, and his cool sneaker is naturally displayed by a leg extending stretched forward. 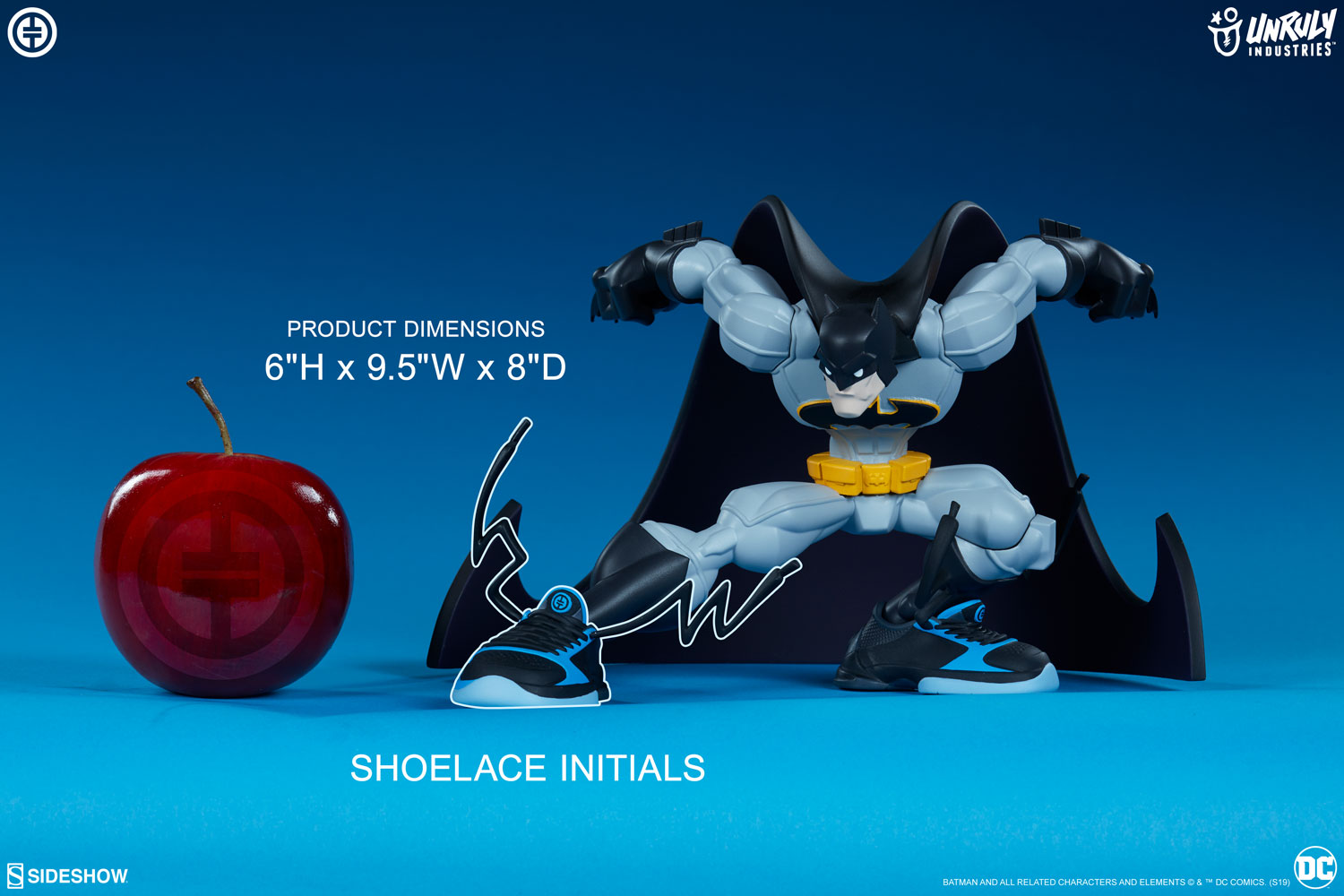 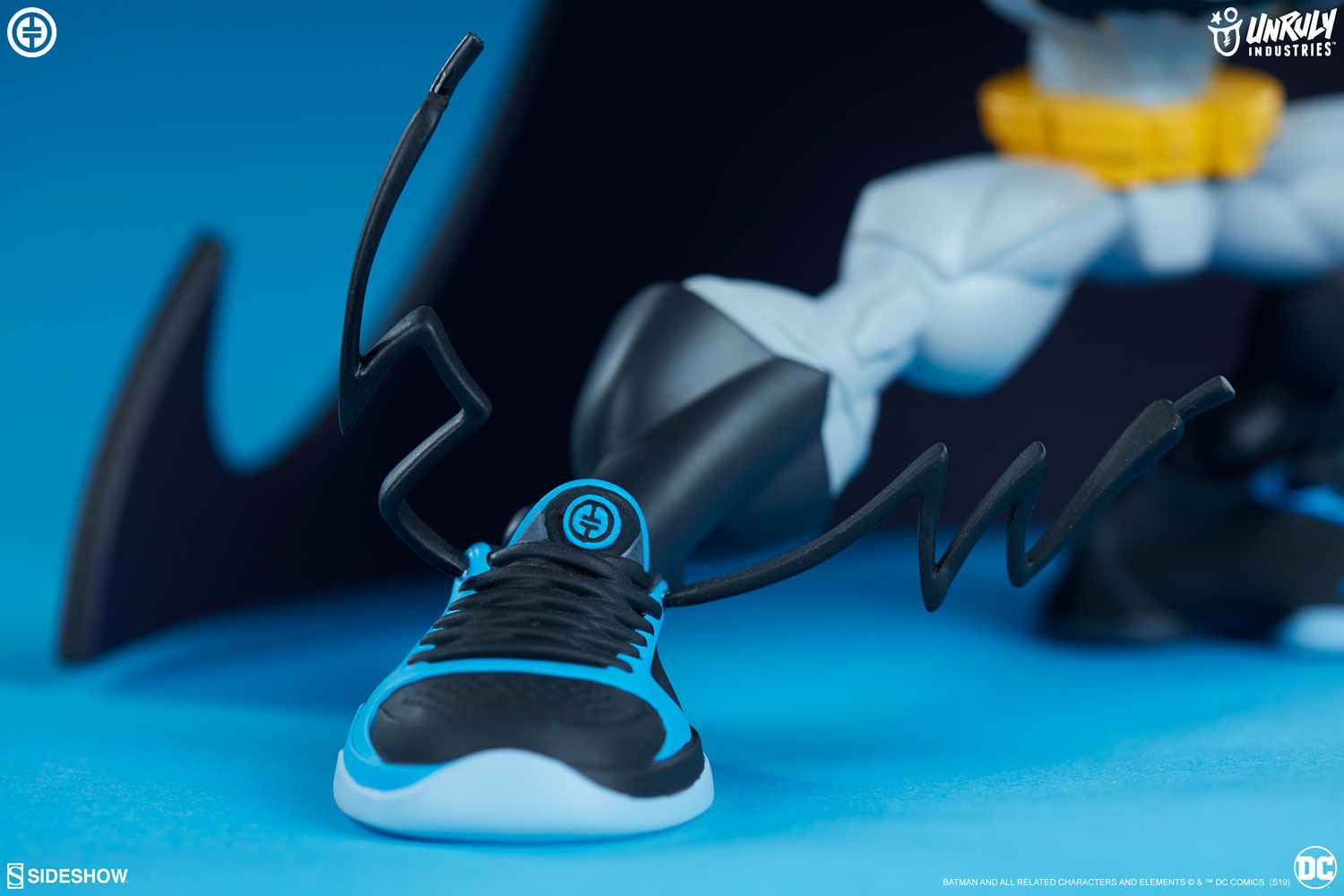 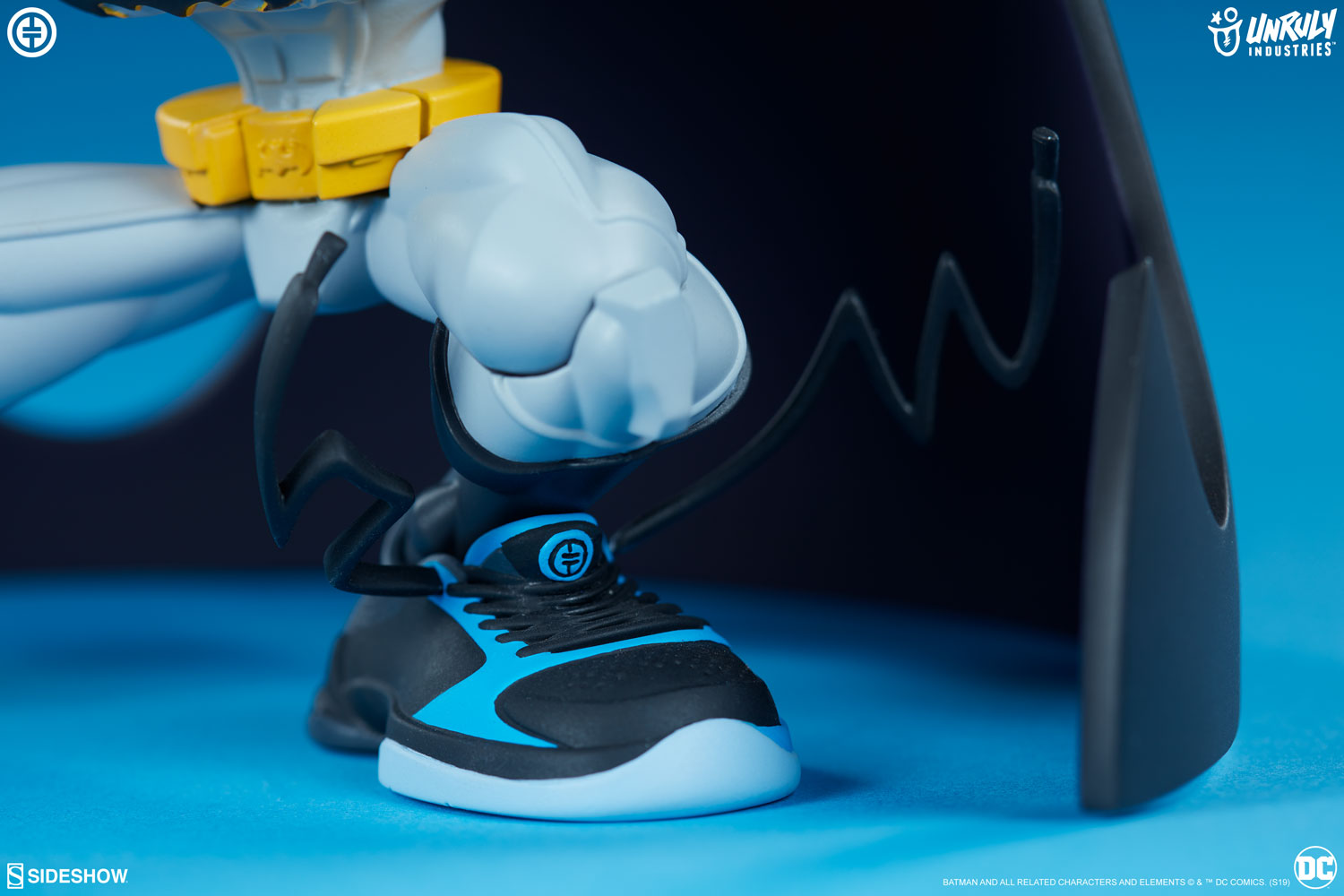 This pair of sneakers is meticulous designed, mixed of black and blue, LOW to the ground and LIGHT enough, so as to not slow Batman down. 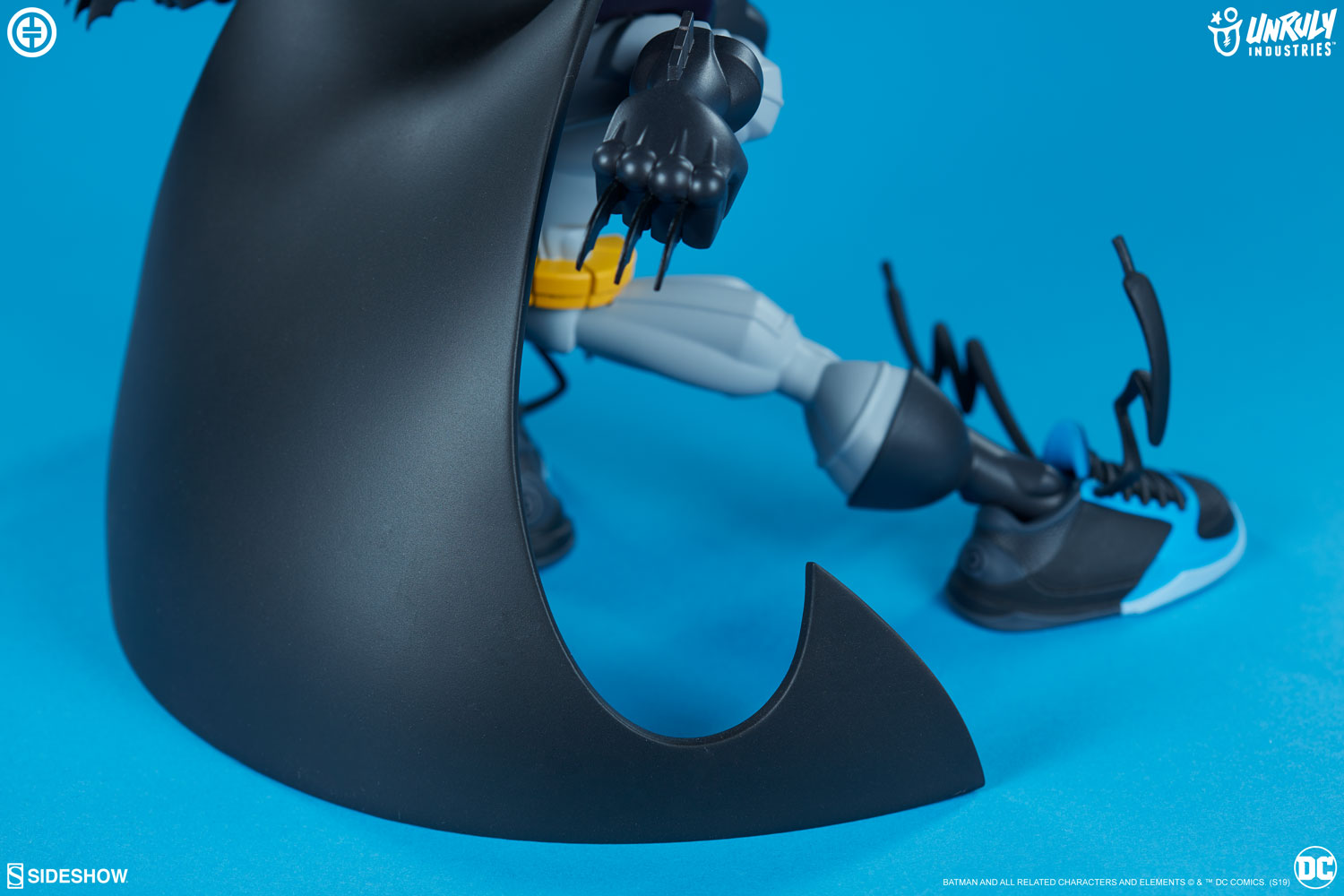 The shape of Batman‘s cloak is also well-designed, not only as a part of the supporting structure, but also adds a lot of momentum to the whole figure. 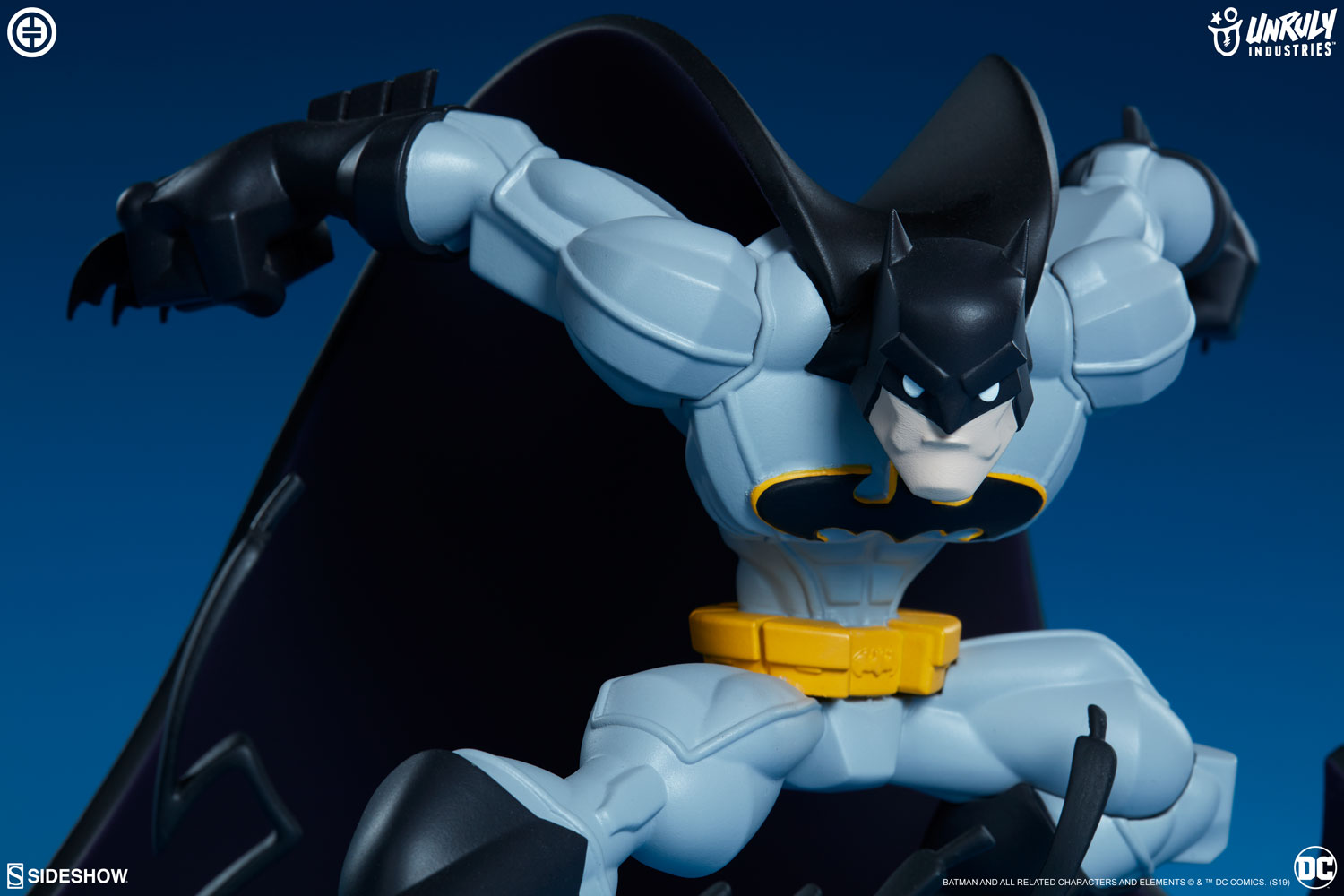 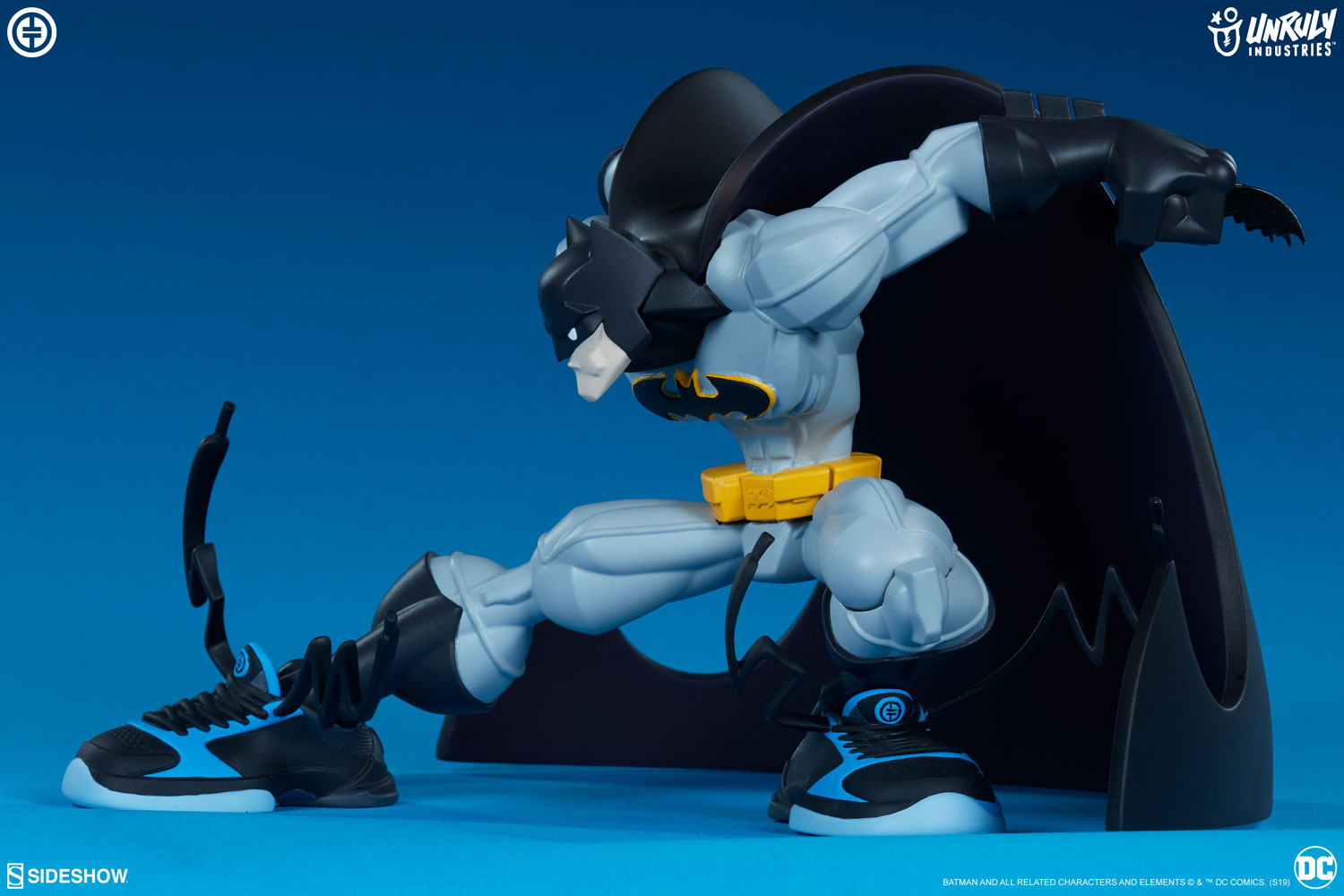 The tights with simple and bright colors highlight Batman‘s strong muscles. He holds bat darts in both hands, just like a NINJA ready to attack. 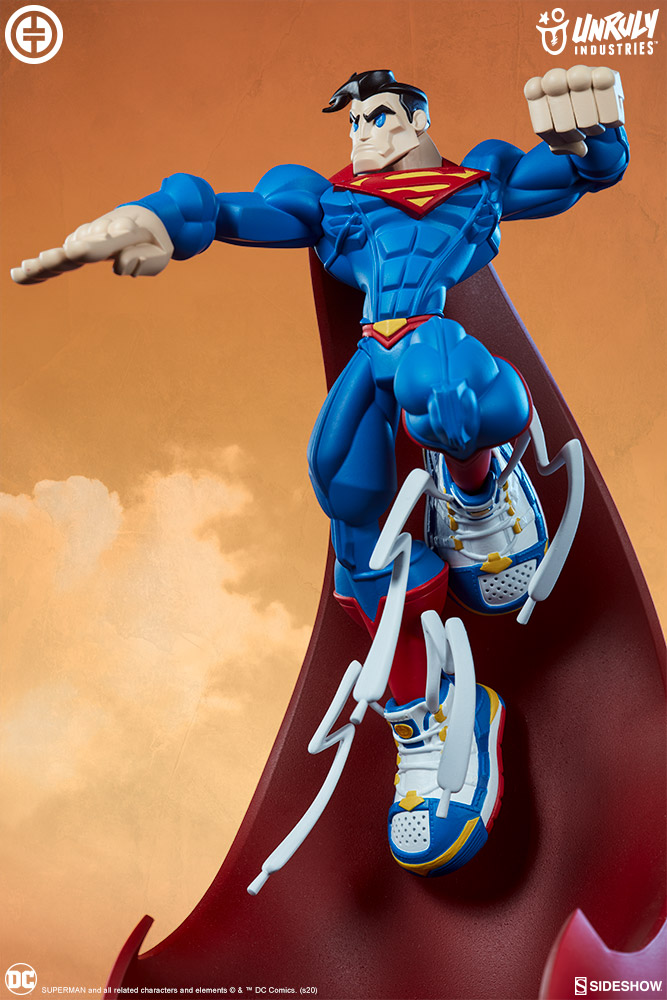 This Superman art figure is also very interesting, completely using an exaggerated cloak as a support structure, creating an illusion of flying into the sky. 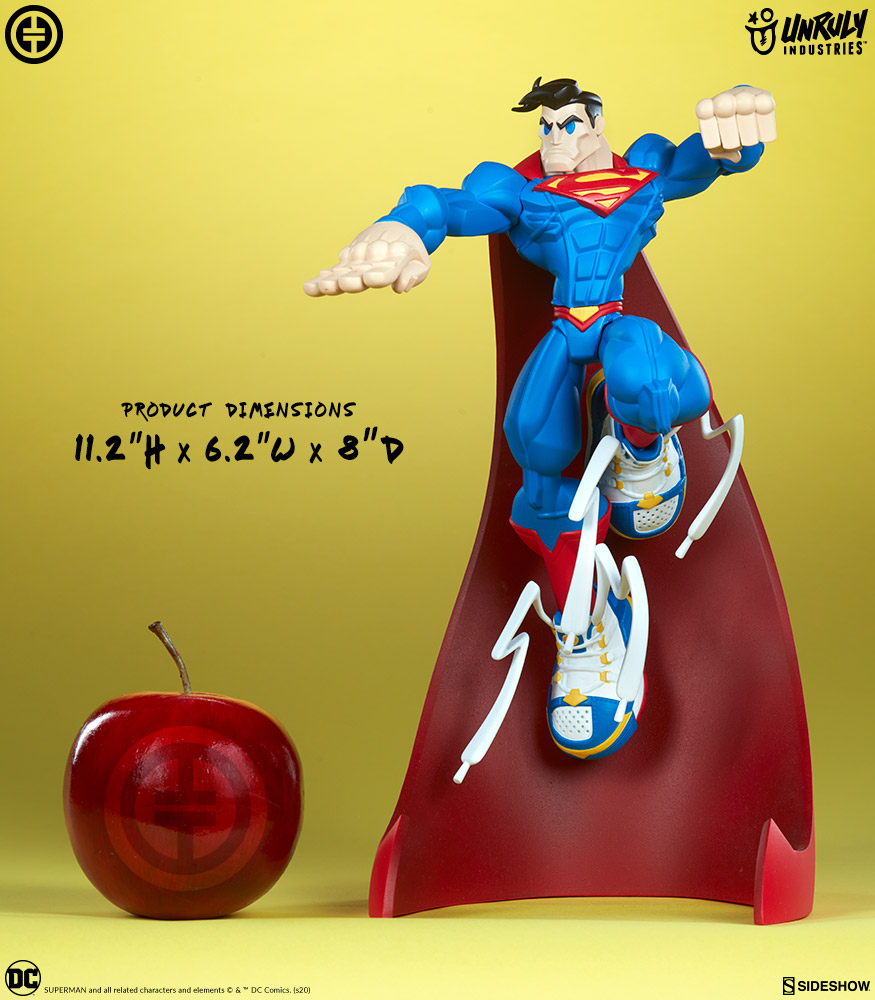 This Superman art figure is approx. 28.5 cm, much taller than the Batman figure. 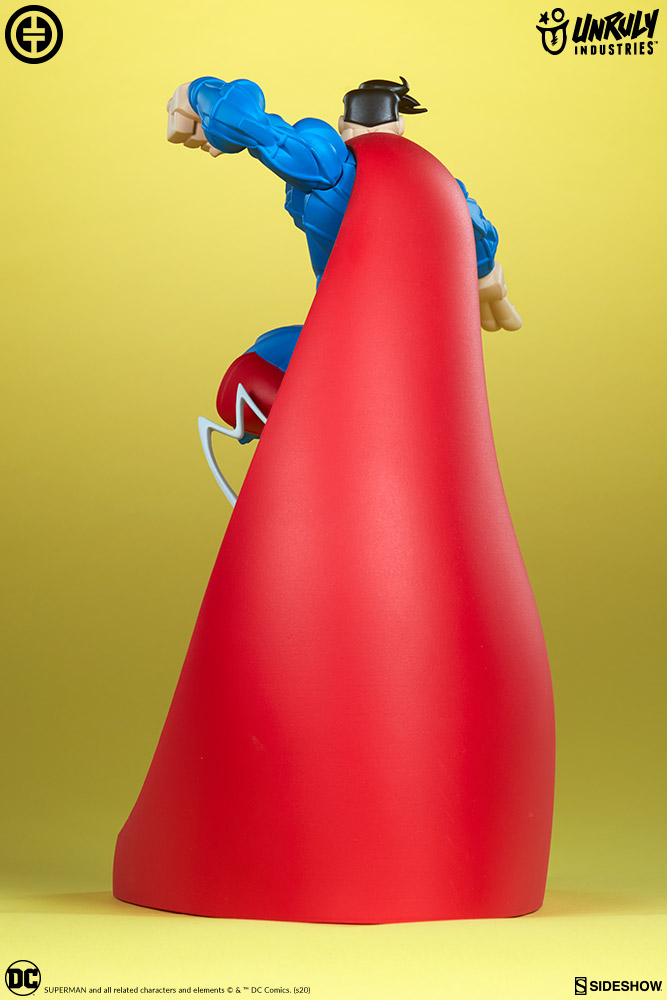 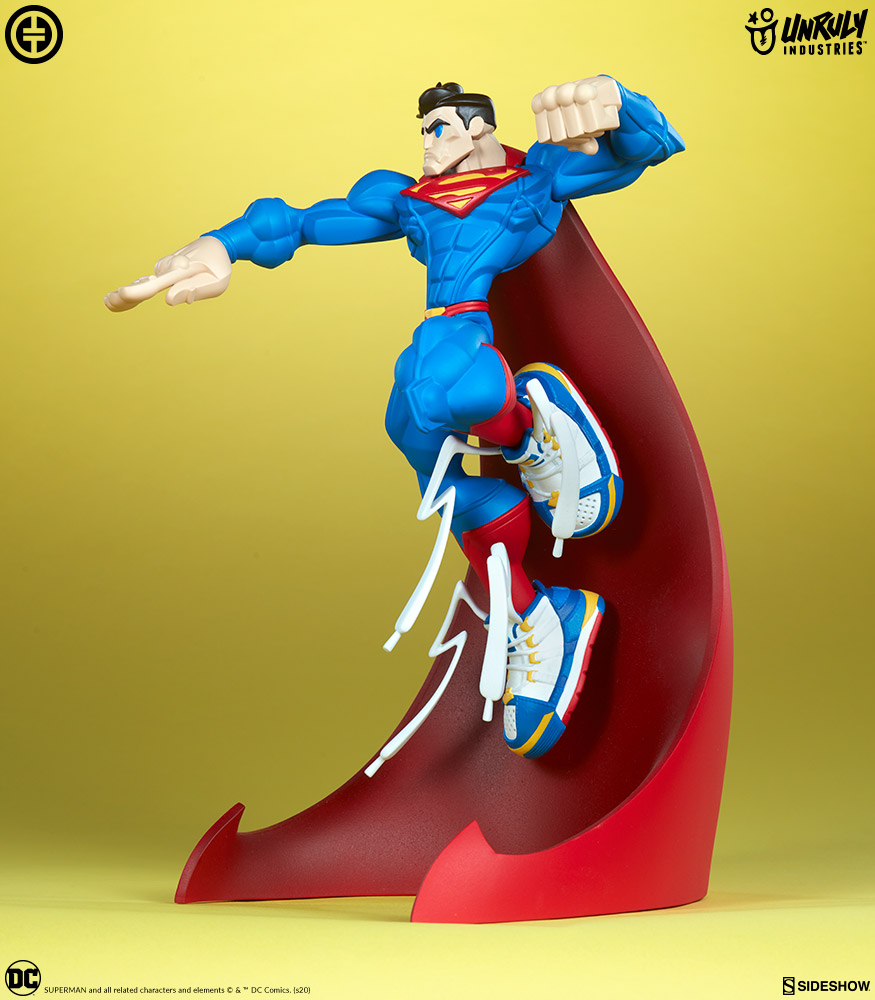 The bright red cloak is very wide and eye-catching. Viewed from the side, the cloak is circular arc shaped, supporting Superman’s body high. The feet floating off the ground are like Superman in the midair of metropolis, attracting everyone’s attention. 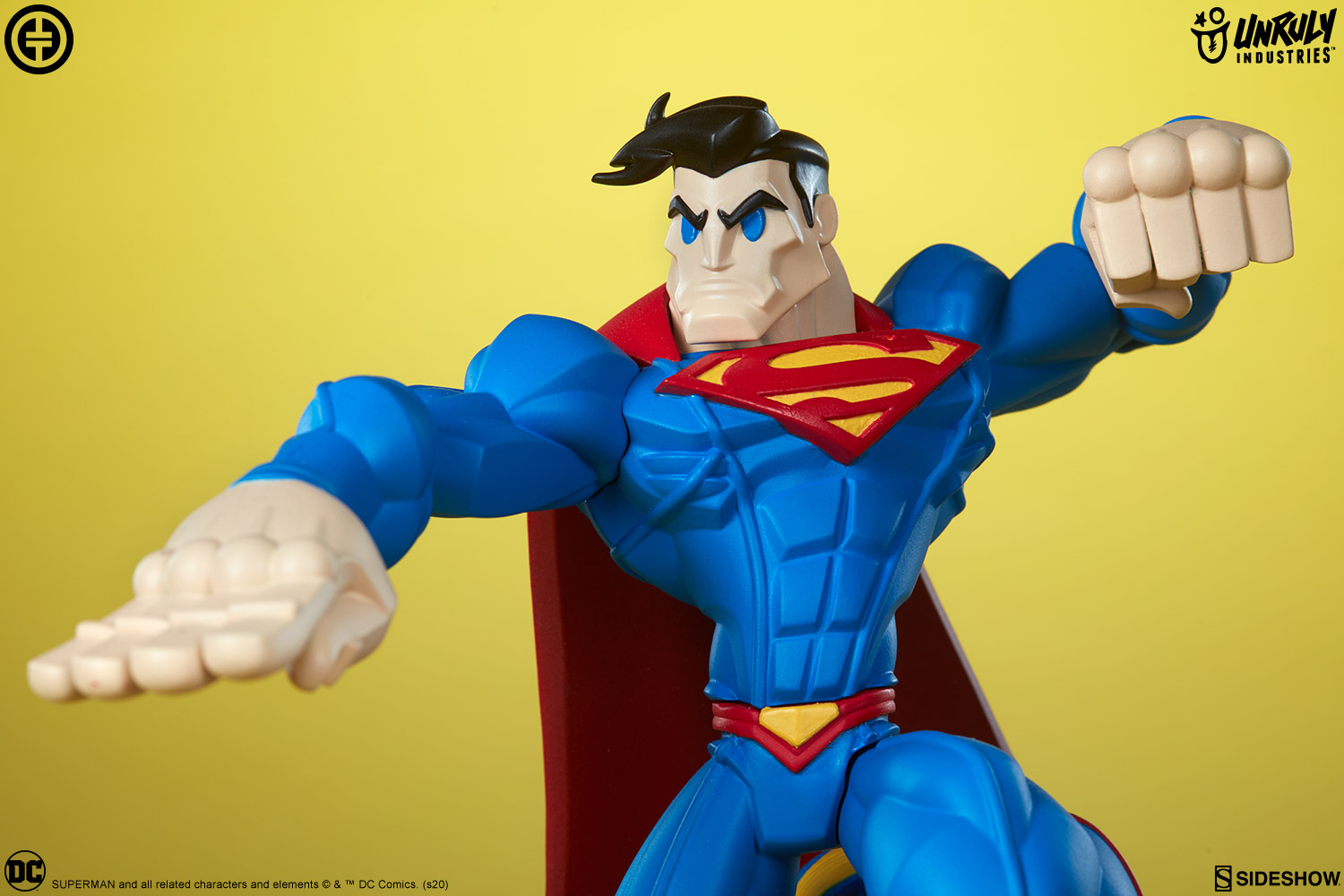 The posture with both hands means that Superman is about to swoop into action. 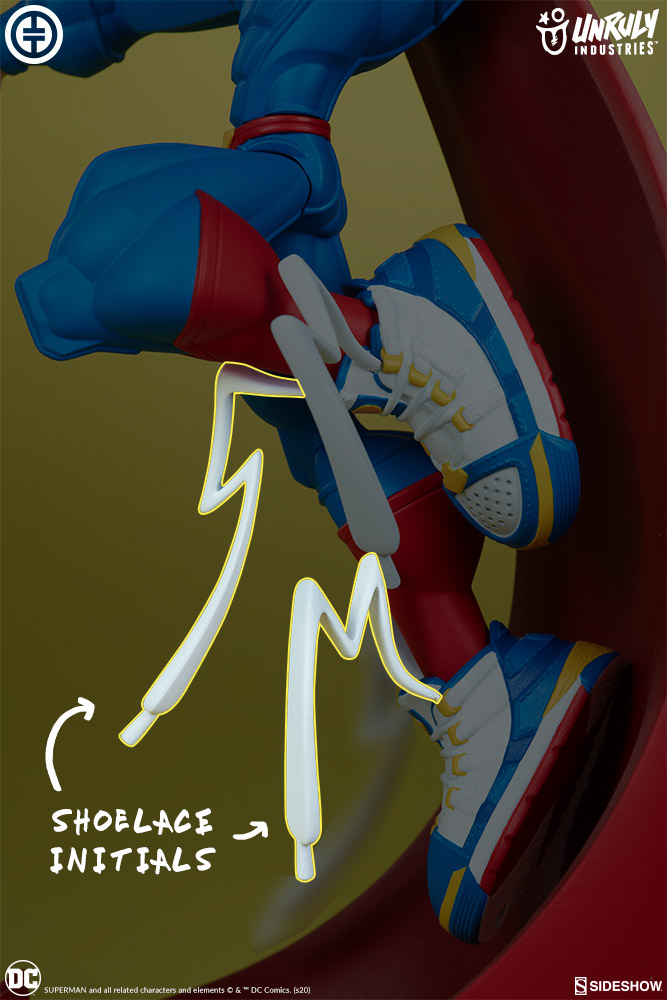 Finally, let’s talk about the sneakers. The red, white and blue are mixed and decorated with some yellow, which is very in line with the image of Superman. In addition, looking at Superman’s shoelaces from the side, it is also very interesting to outline Superman’s initials S and M. 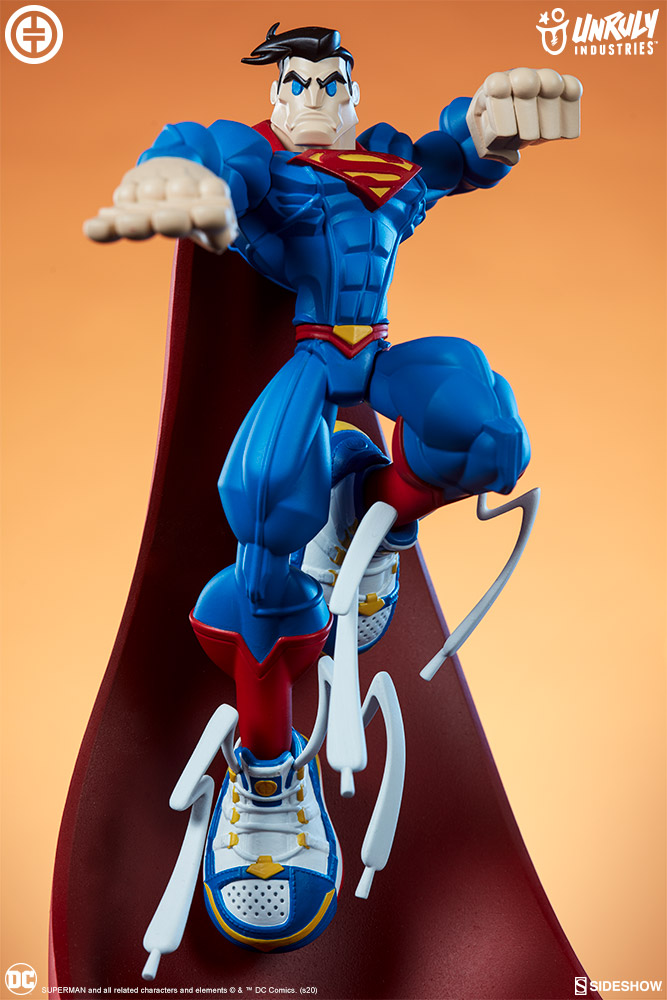 “Truth, Justice, and the American Way.”  It is the first time I have seen a Superman who is full of justice, powerful, and fashion. 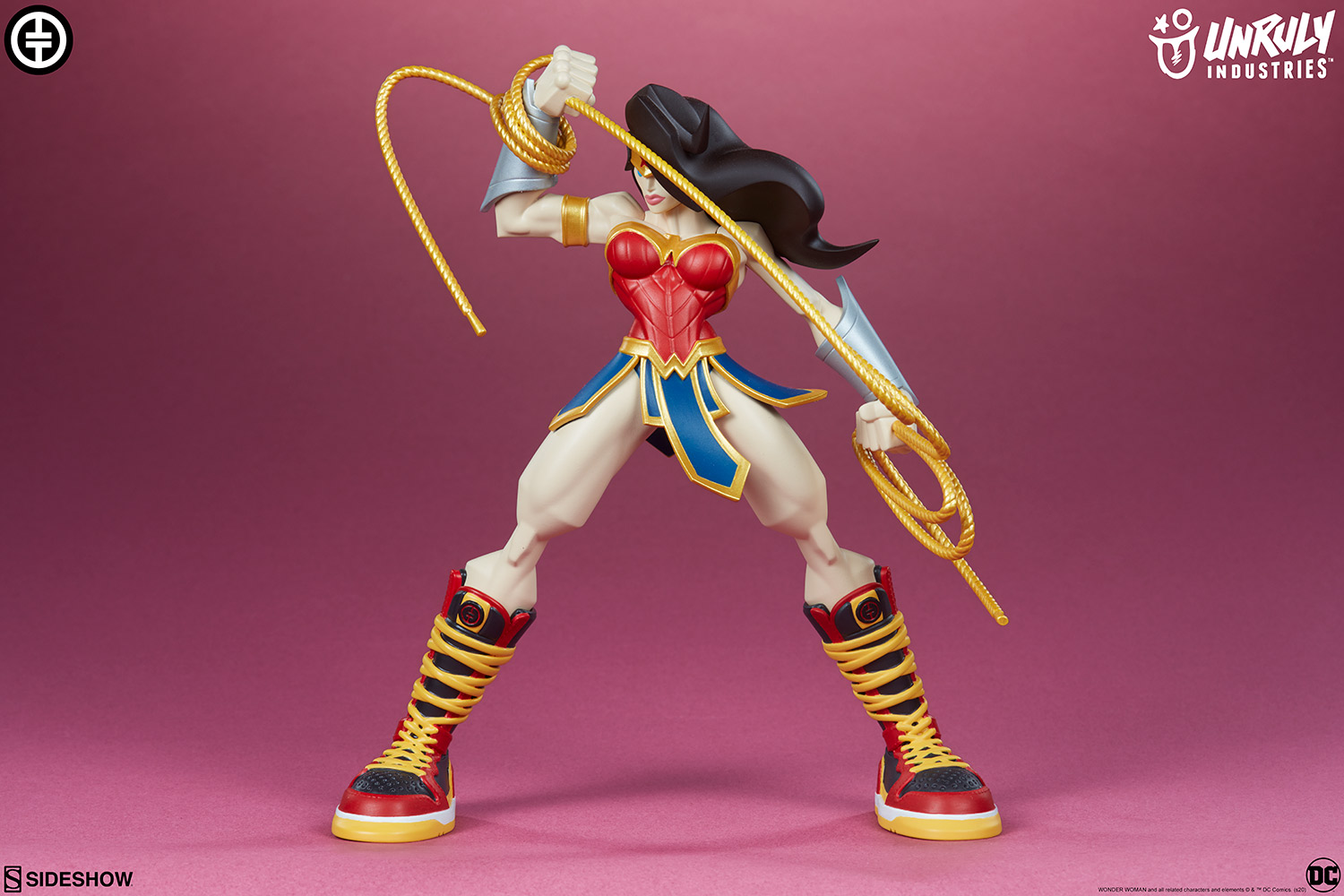 I also like this Wonder Woman art figure. Although it doesn’t have such exaggerated looks like Batman and Superman, Wonder Woman is just so simple to stand, holding the Lasso of truth in hands, and you can feel the aura  of her is so strong. 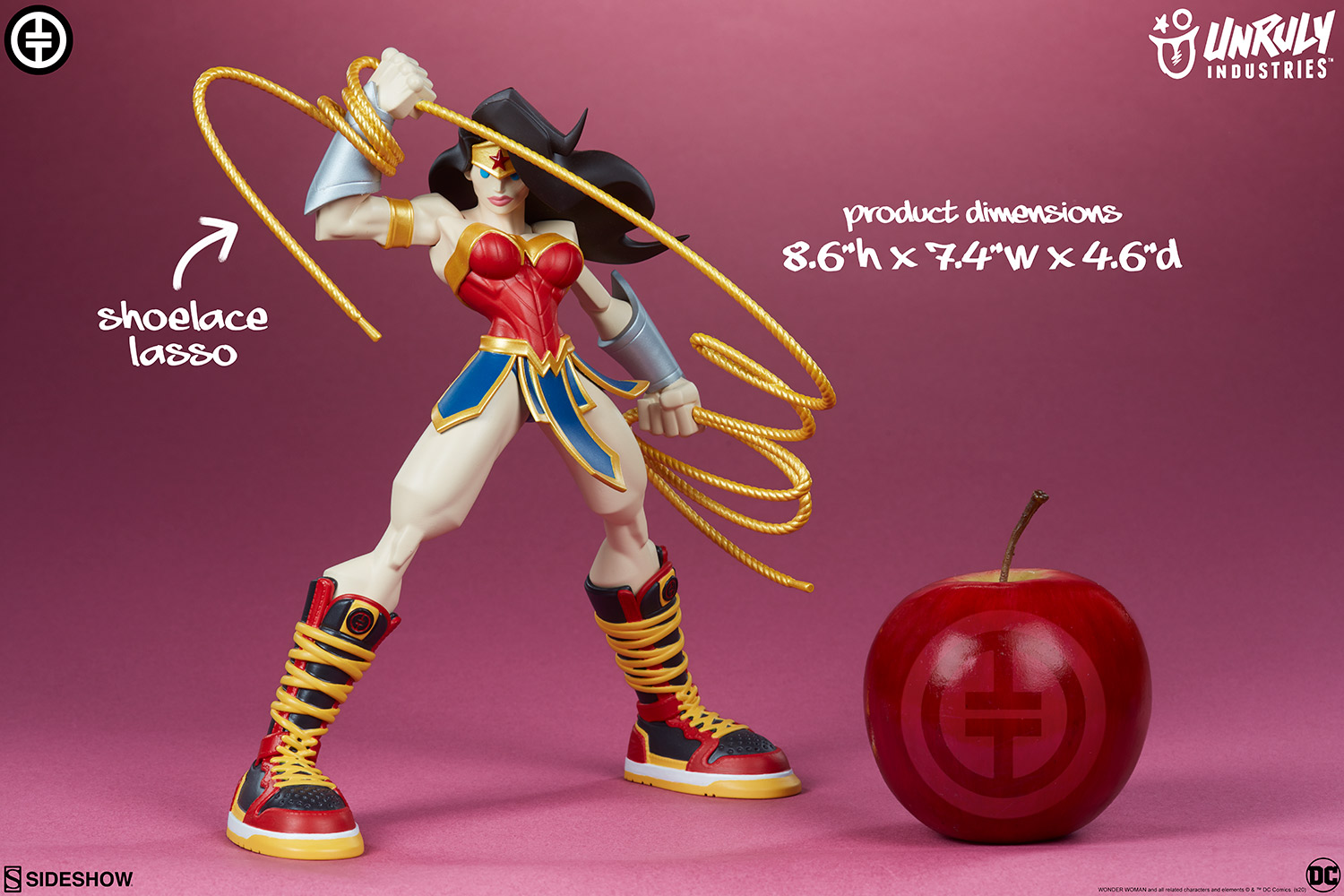 This Wonder Woman art figure is approx. 21.9 cm, and it is made of PVC and Vinyl. 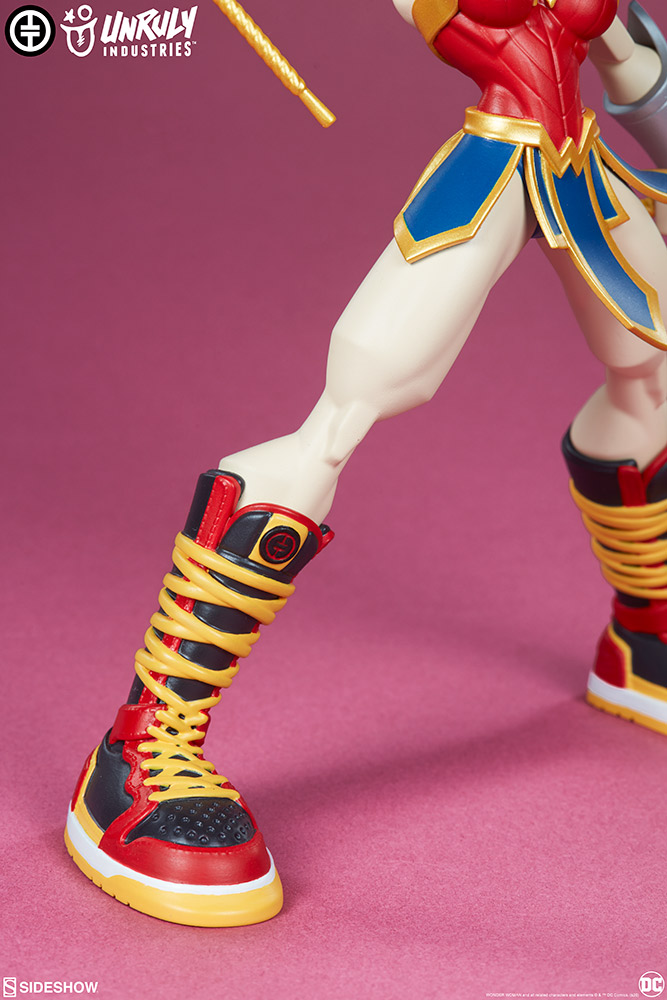 Different from the other two heroes, the sneakers worn by Wonder Woman are high-top boots, a mixture of red, black and yellow, which is in line with Wonder Woman‘s temperament and aura. It reminds me of a brave and fearless warrior wearing the shoes. 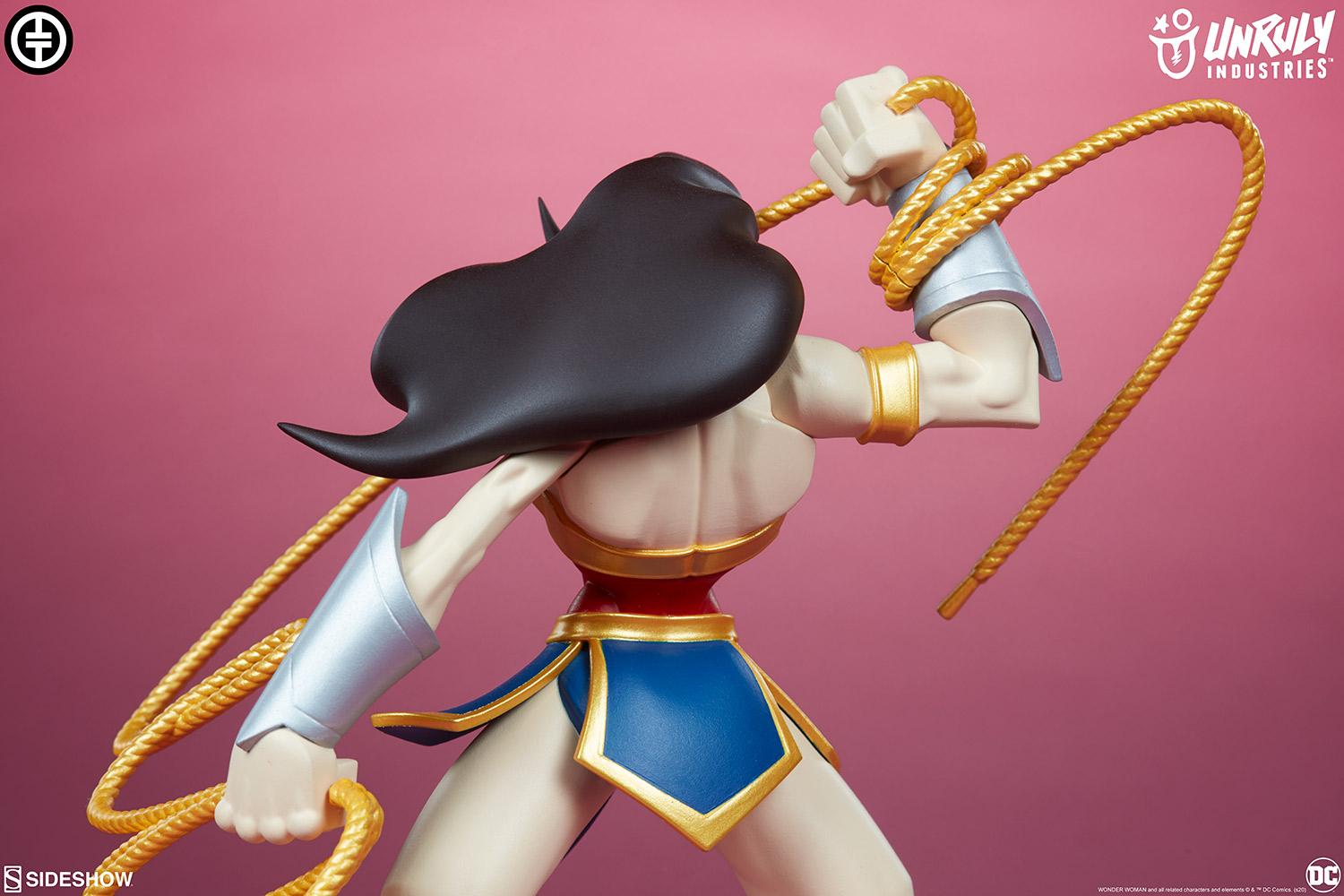 This Wonder Woman figure is based on the comic style, which also highlights the lines of muscles. But compared to the other two heroes, the muscles of the Wonder Woman are still a lot constricted. 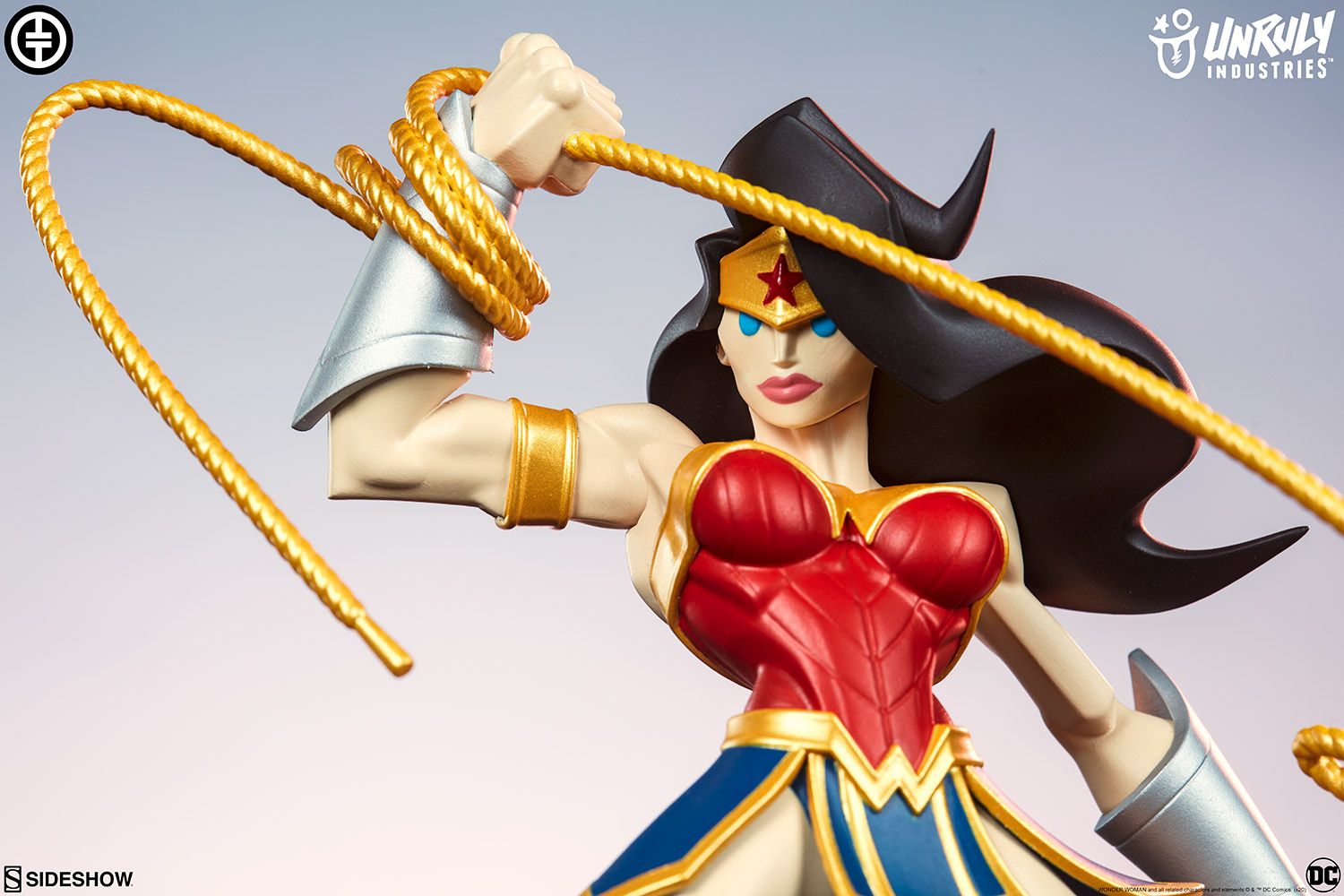 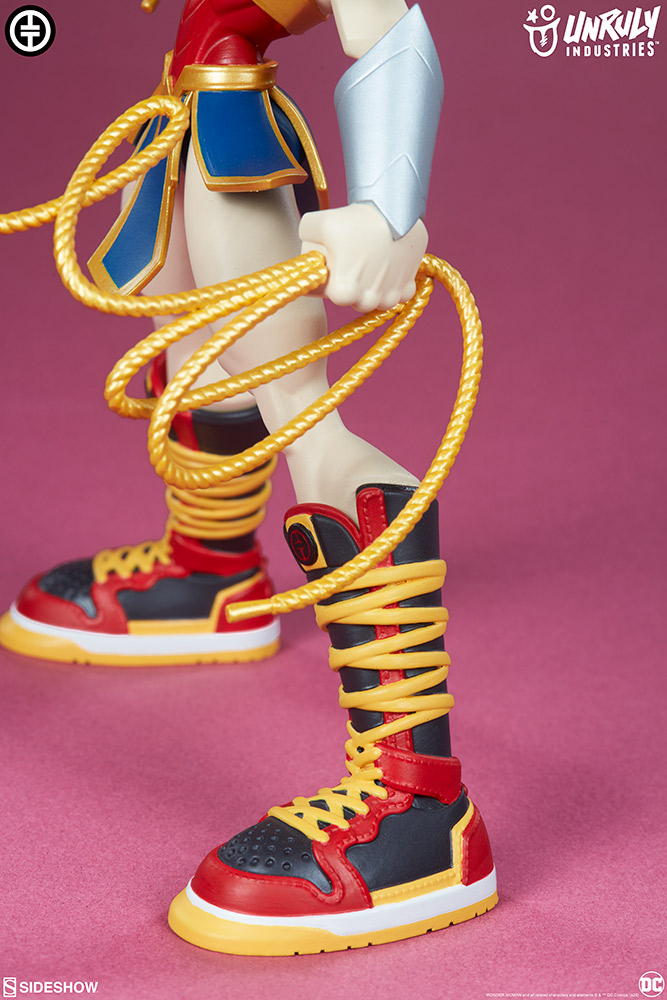 It can be seen from the two ends of the “Lasso of Truth” that this lasso is actually a shoelace shape. It fits the sneaker culture very well, the design by Tracy Tubera is really brilliant! 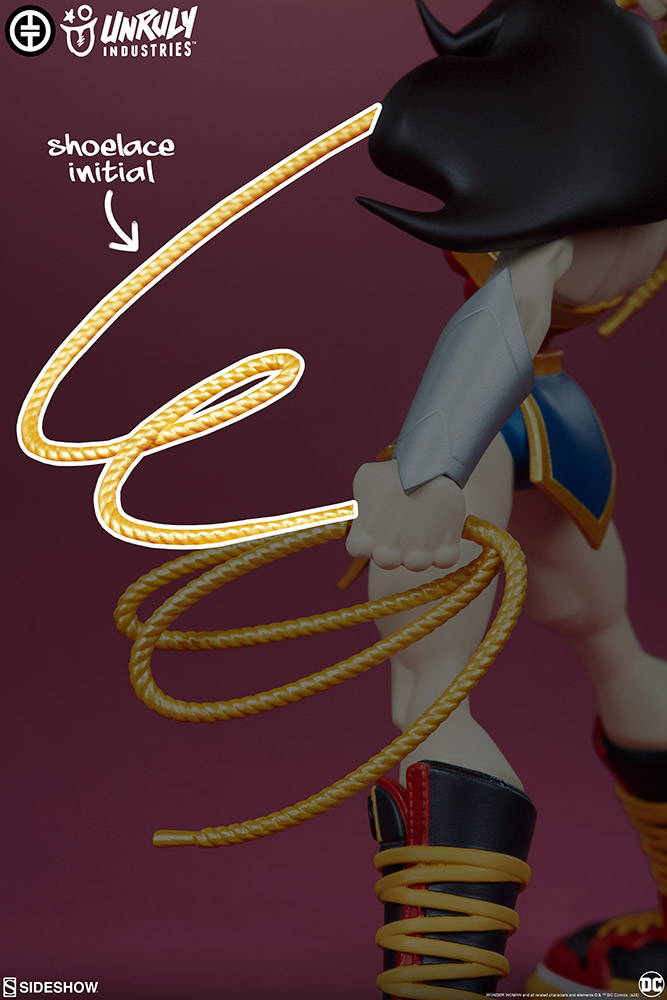 Viewed from the side, the “Lasso of Truth“ also shows the initial letter W of Wonder Woman.

This TOP 3 Superheroes of DC comic are co-launched by Sideshow and Tracy Tubera should be an amazing set of designer collectible toys for fans who love superheroes and fasion culture. If you happen to collect sneakers, it will be even more interesting!

In addition to the DC comic TOP 3 Superheroes, the S.H.S. of Marvel Collection mentioned above is also very distinctive. 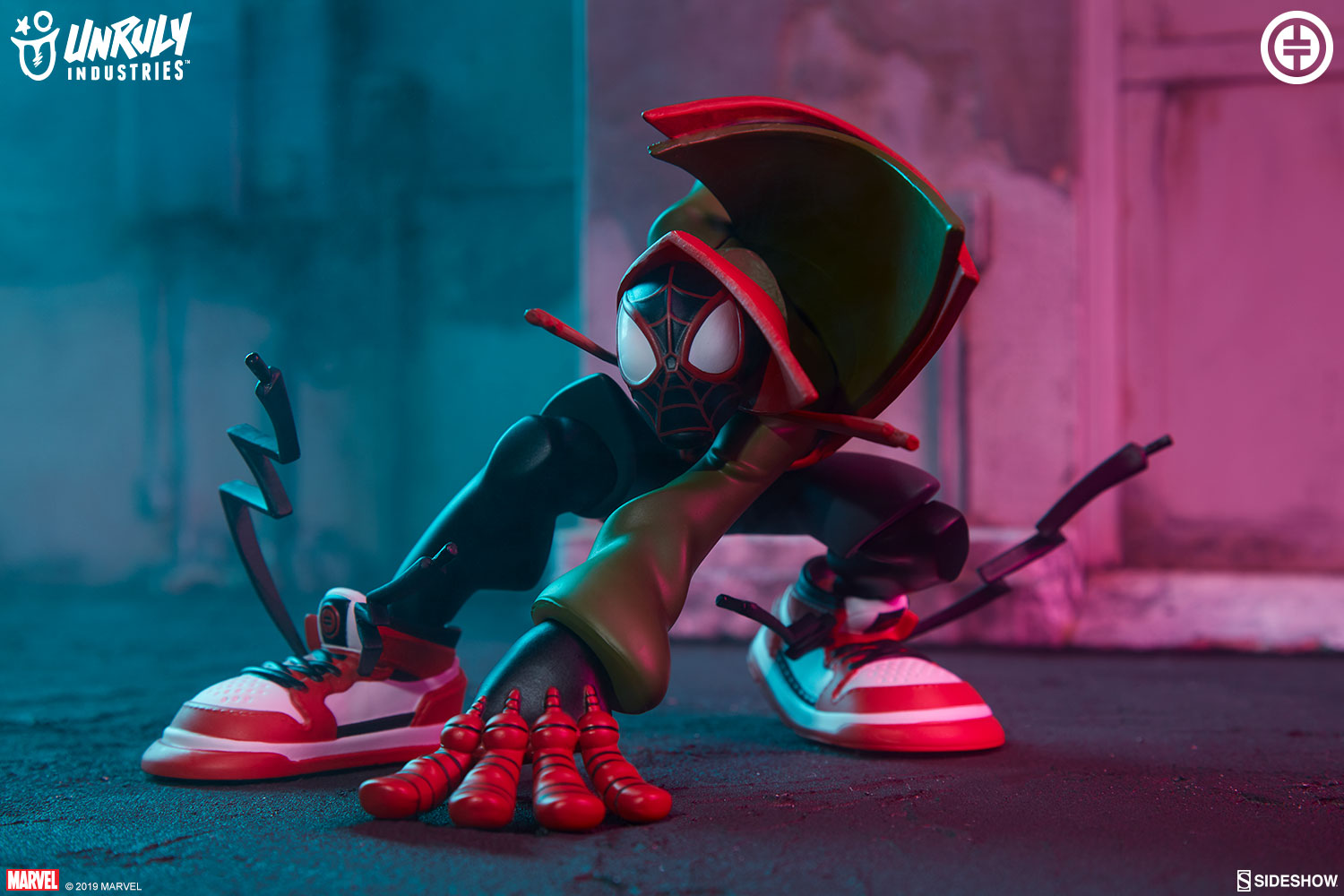 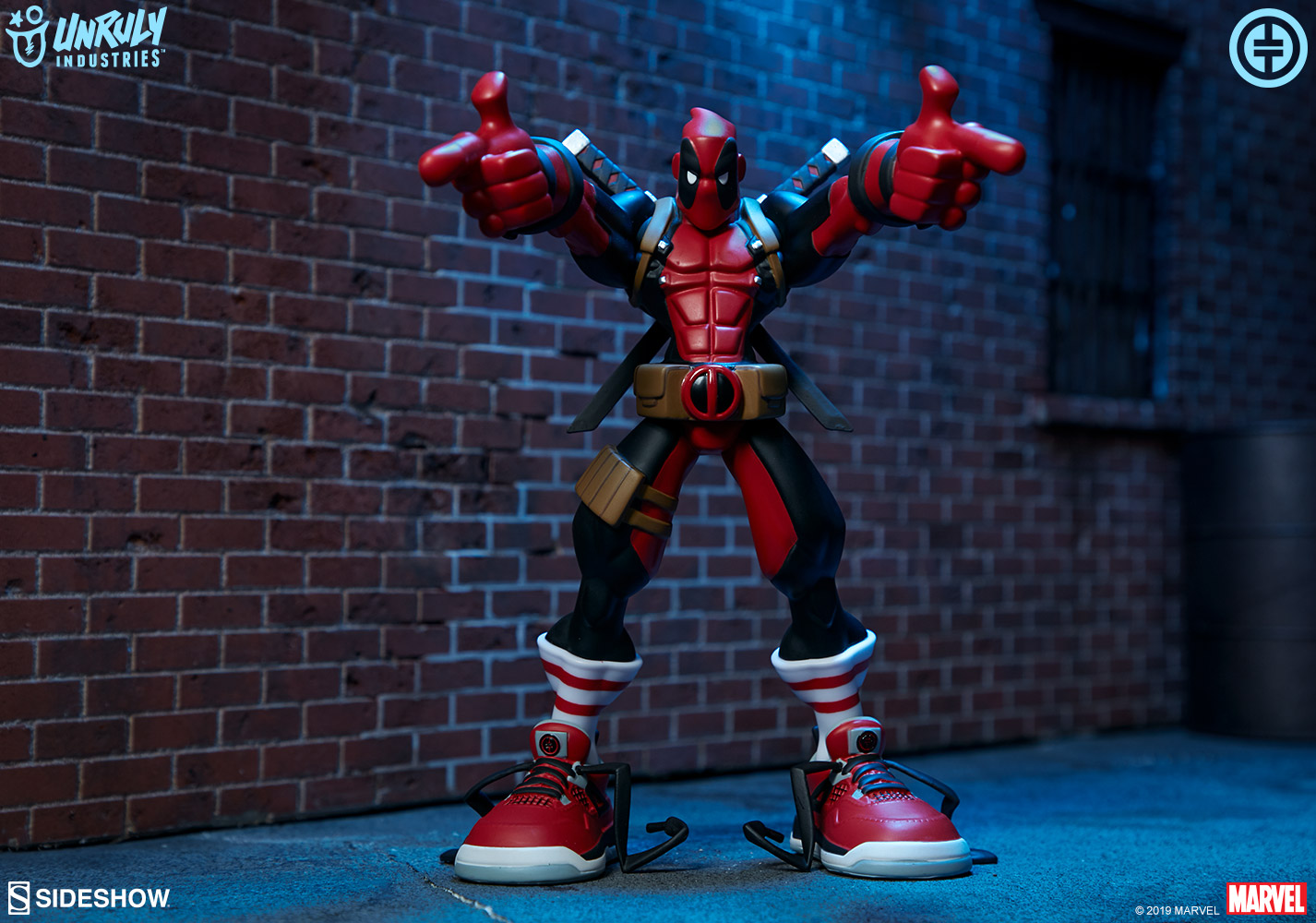 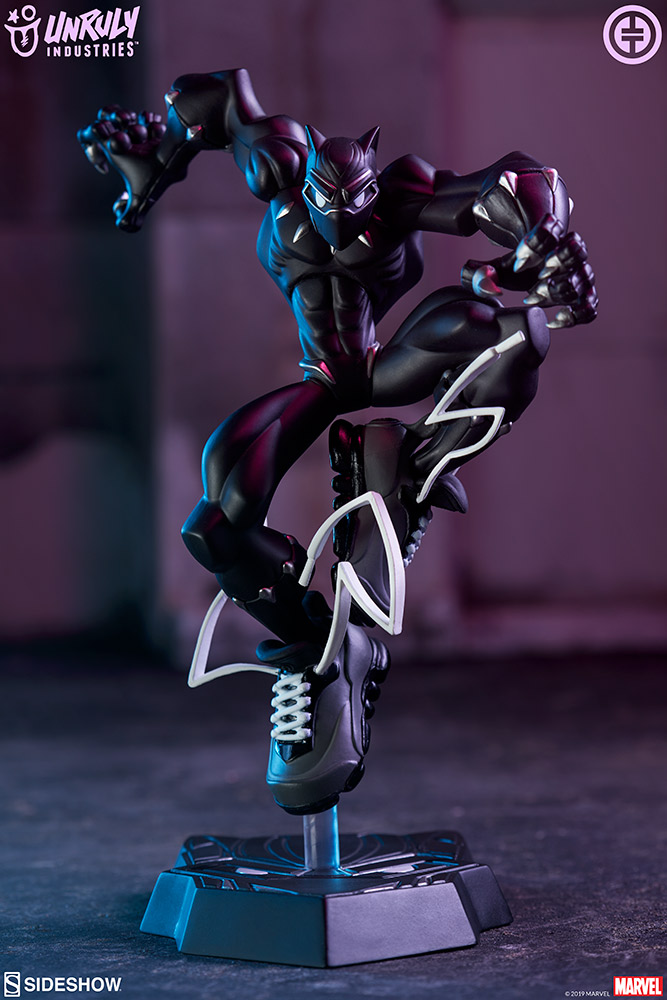 If you are also interested in this series, I will do a special review for S.H.S. of Marvel Collection next time.