Kotobukiya recently presents a small robot “TAMOTU” 1/12 scale model kit that can be expanded infinitely. The appearance design is full of technological sense,13 points for 3mm connection joints are set throughout this model, can be freely customized with parts from existing Kotobukiya model series by using the optional 3mm connection joints with the points. Let’s have a look! 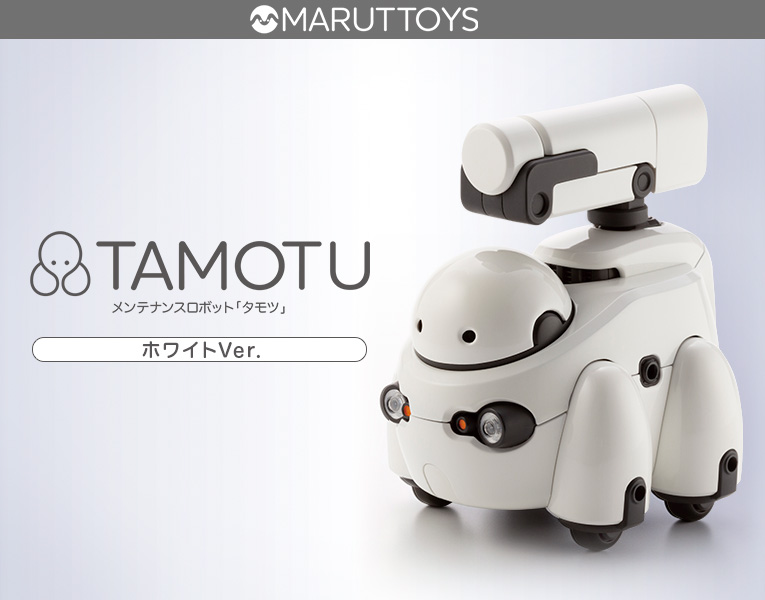 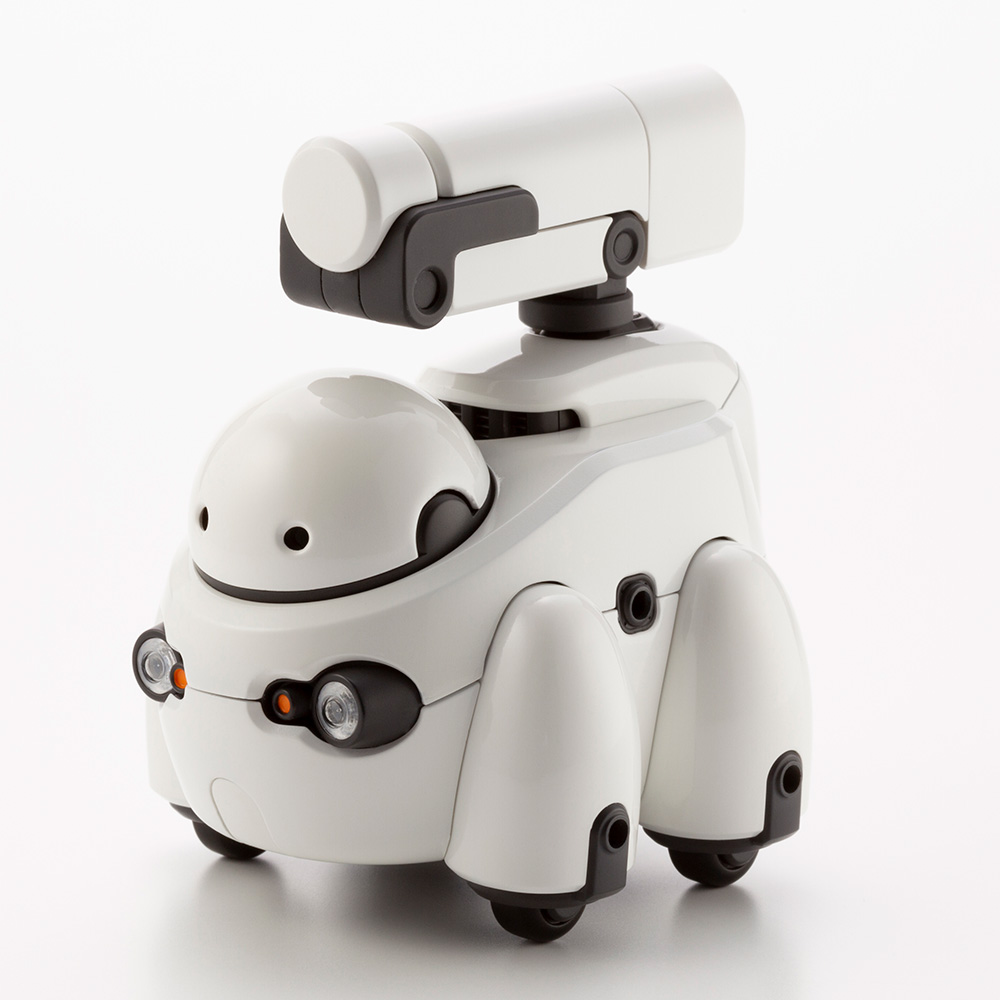 The sleek figure of the TAMOTU plastic model is both full of technological sense and friendly, reminiscent of Tachikoma in “Ghost in the Shell”  and Baymax in “Big Hero 6”. 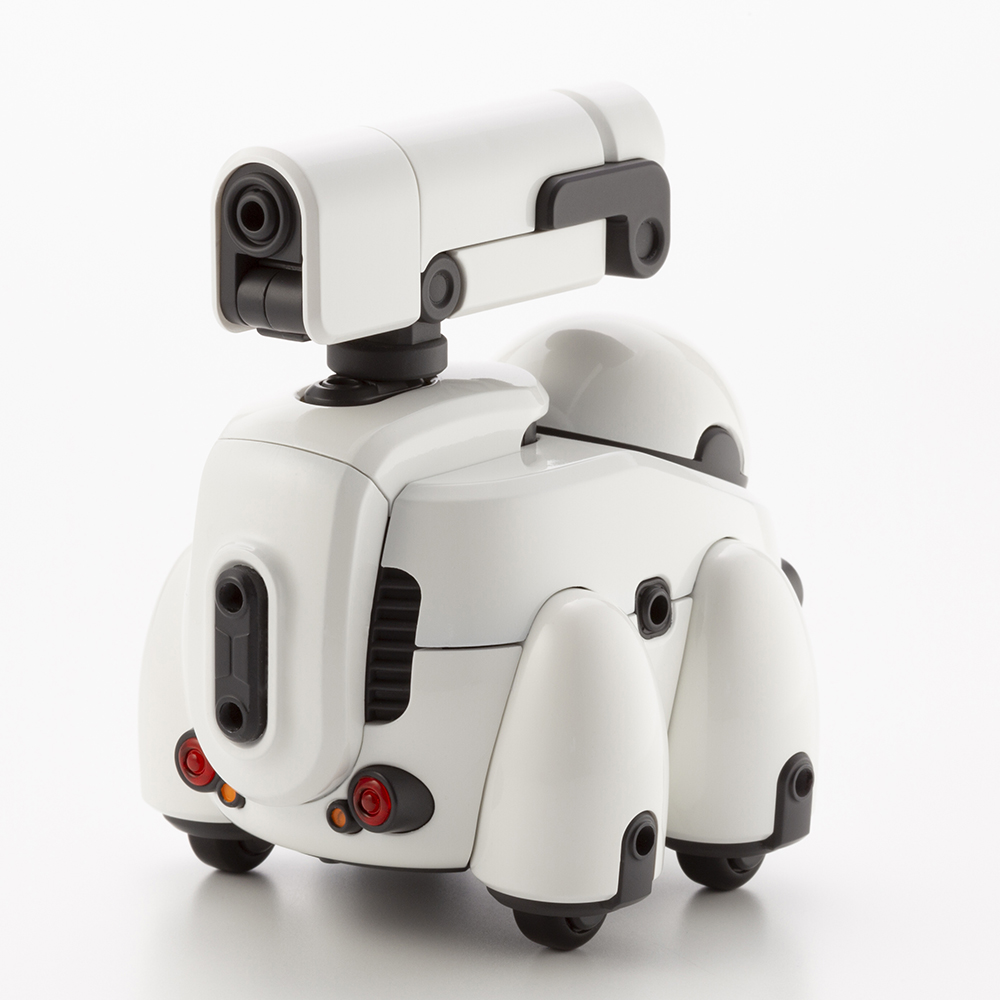 We can see there are really so many points for 3mm connection joints are set on the model,  and  4 wheels at the foot that can run very fast. 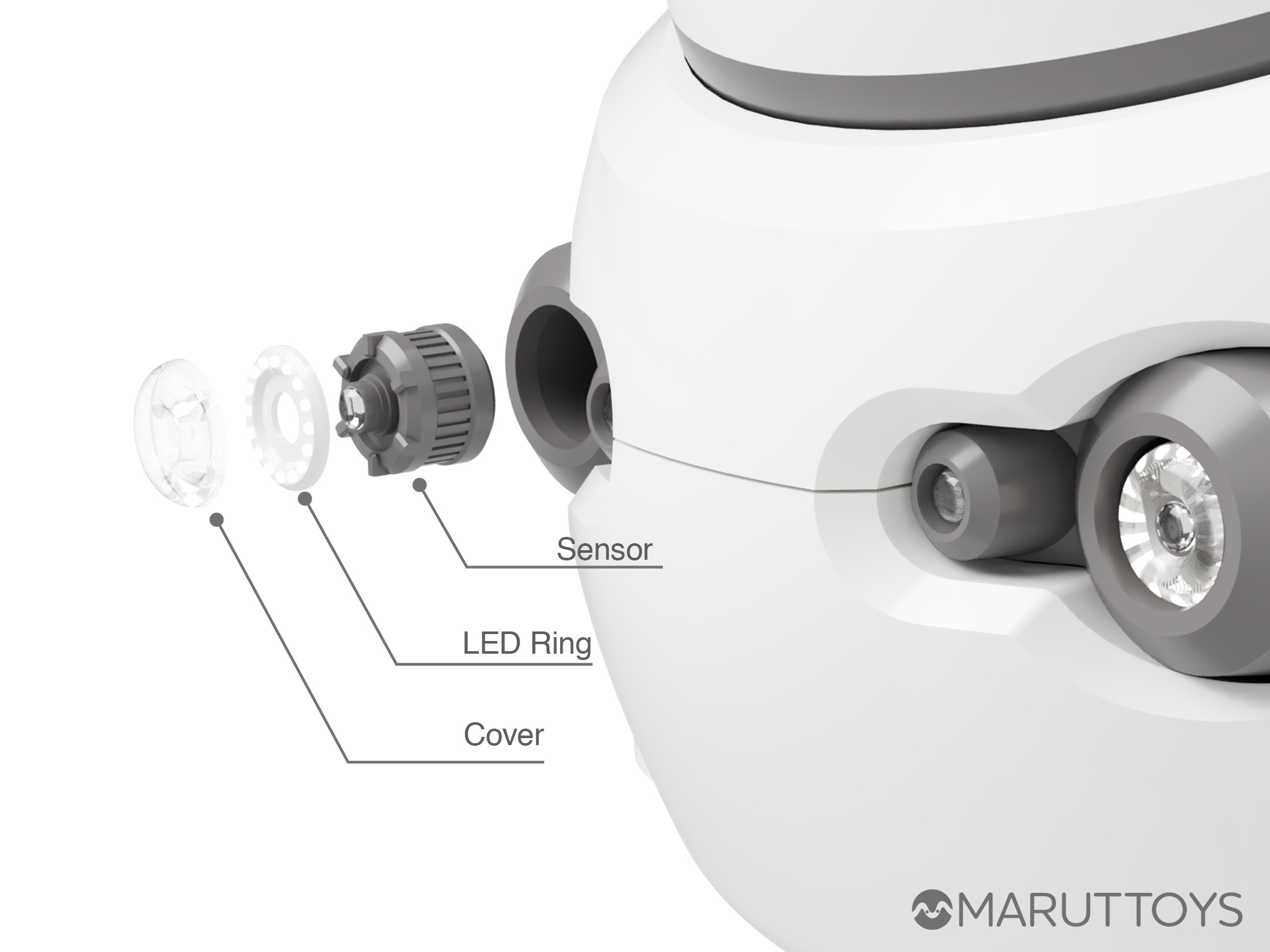 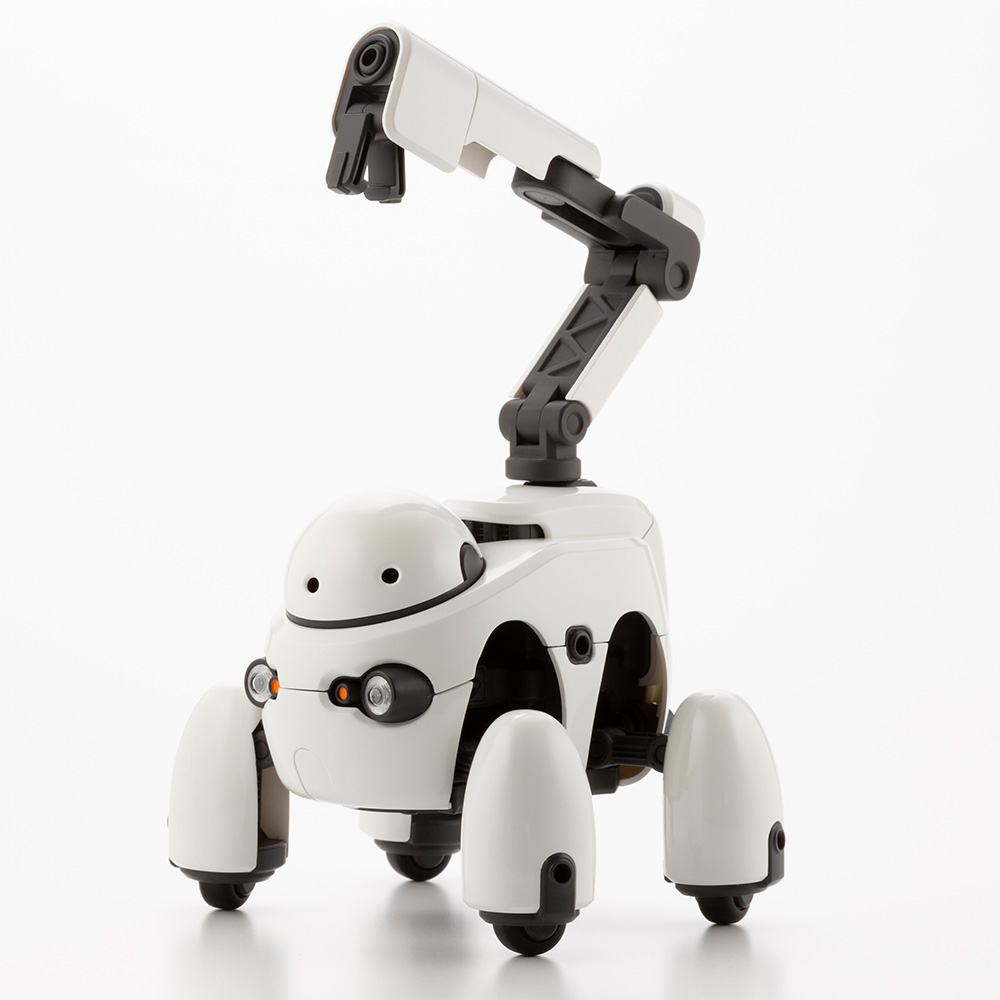 TAMOTU can transform from “Normal Mode” to “Work Mode”, you can see that the limbs and hanging arm on the back can be spread out. 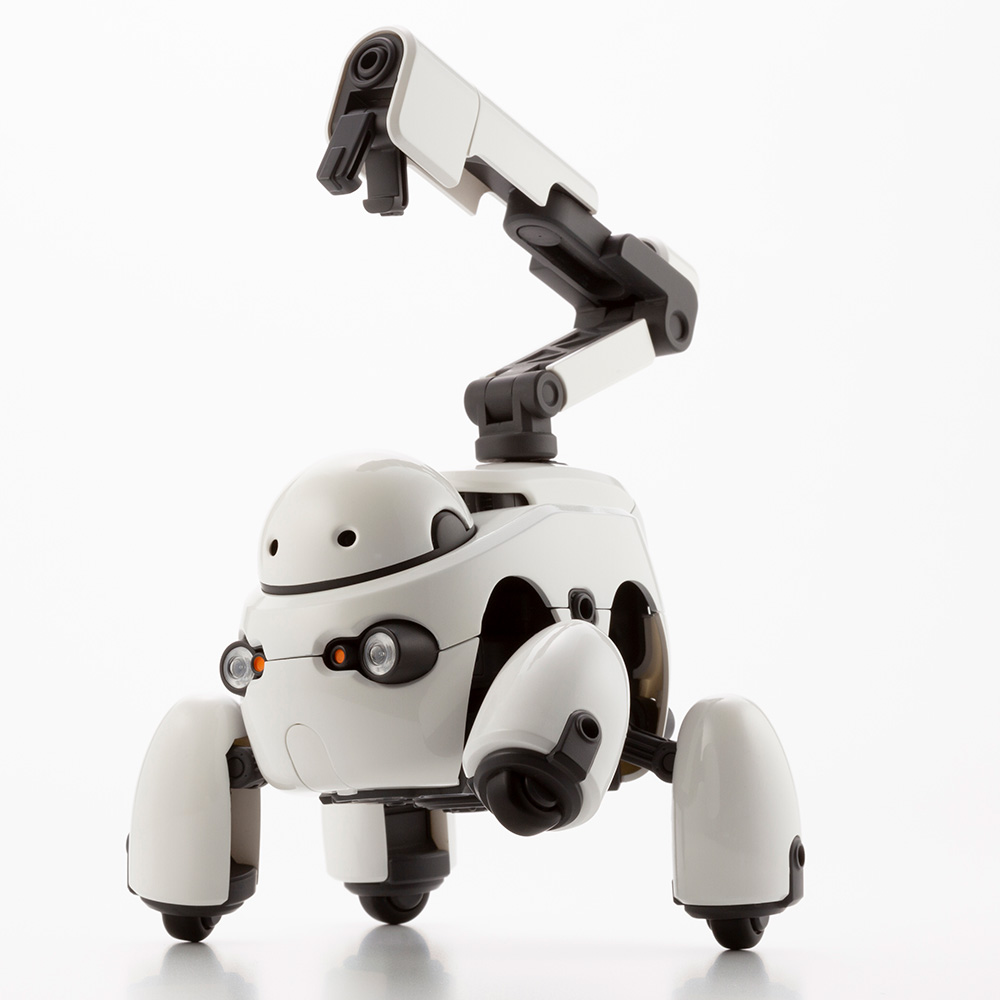 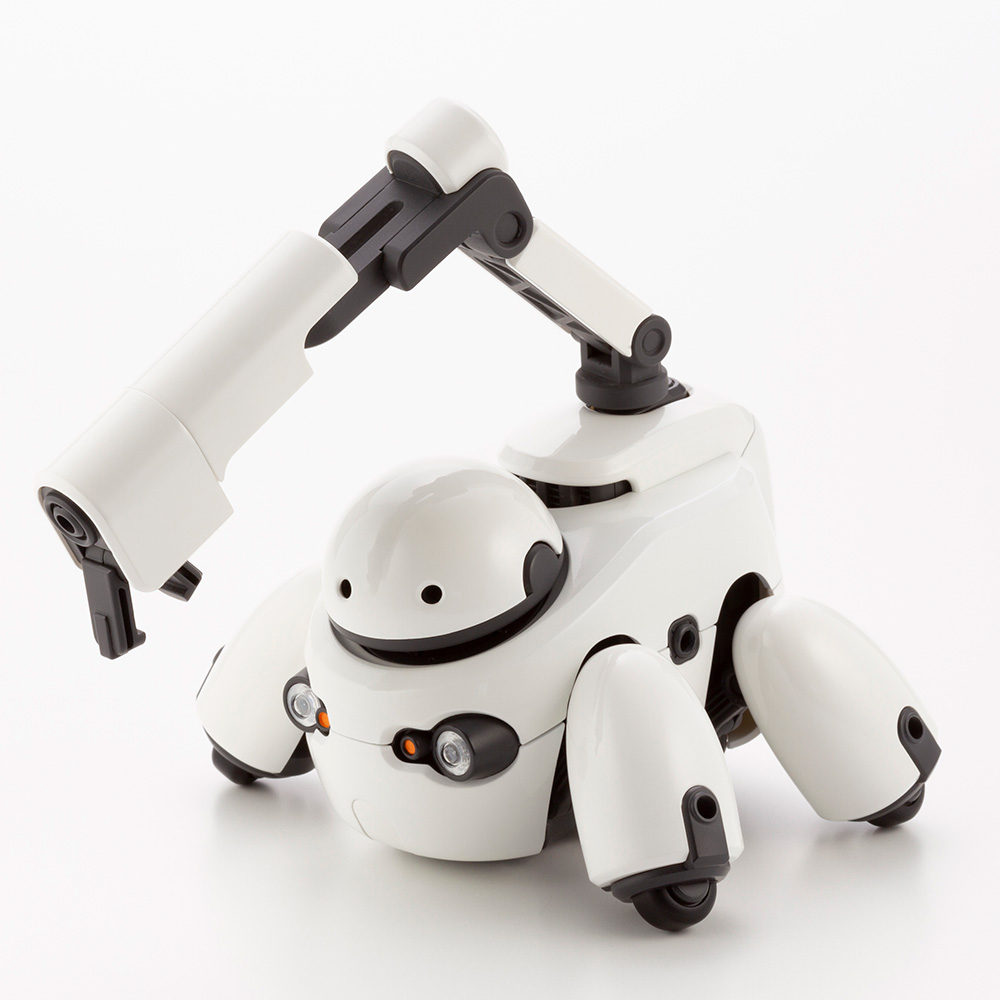 The limbs are very flexible, you can lift its feet up or lying on the ground, there are a variety of vivid and lovely actions you can pose. 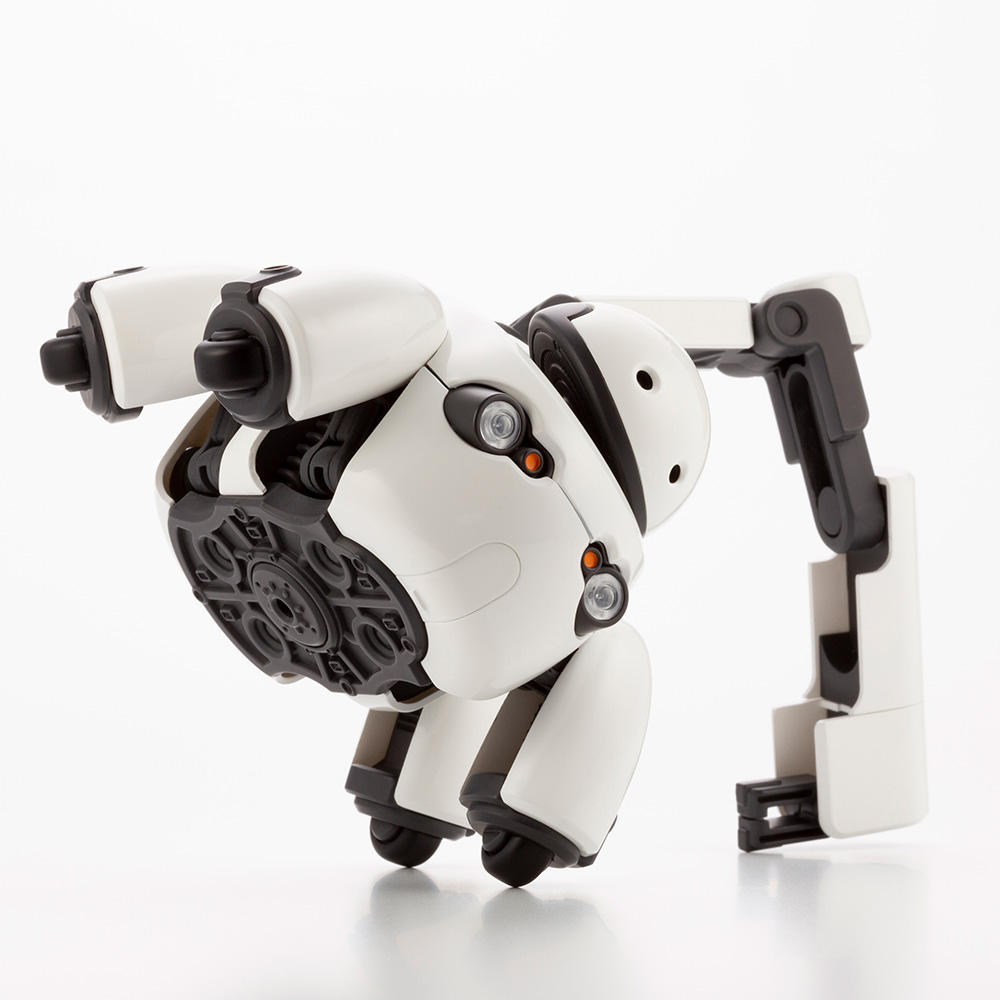 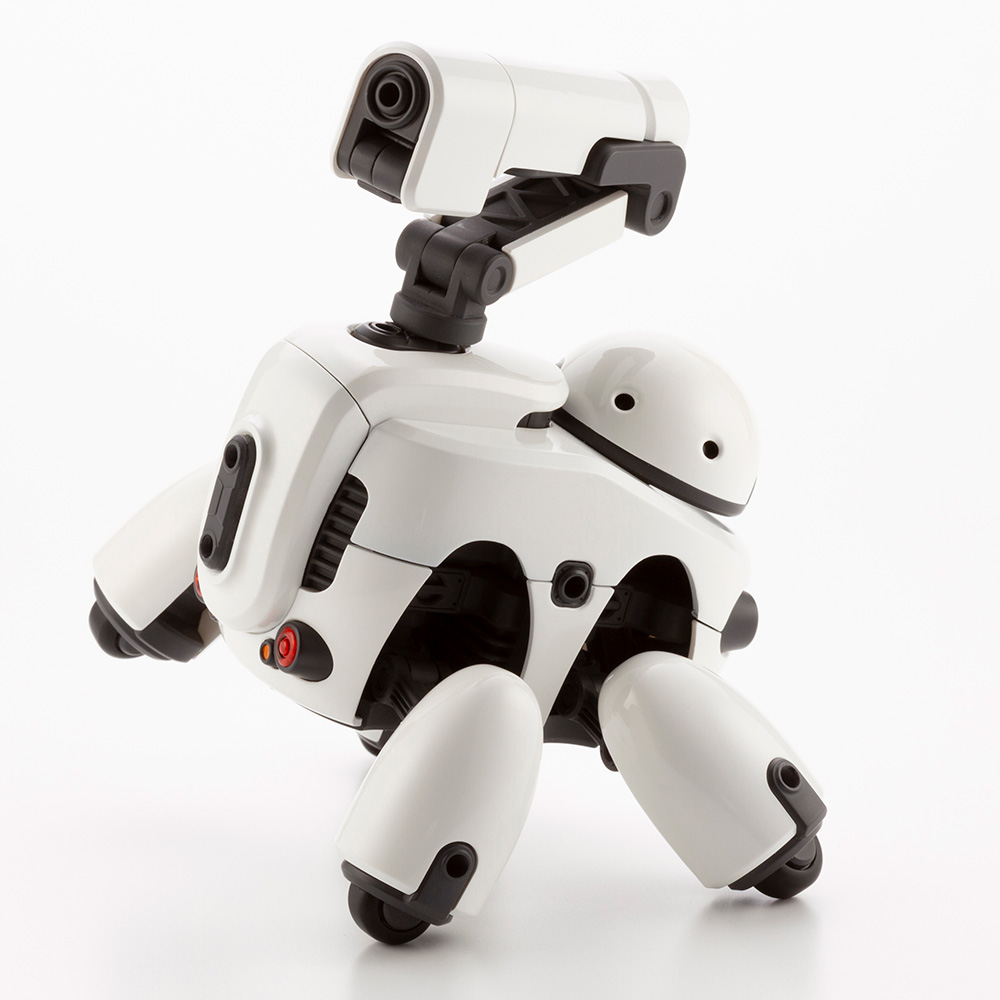 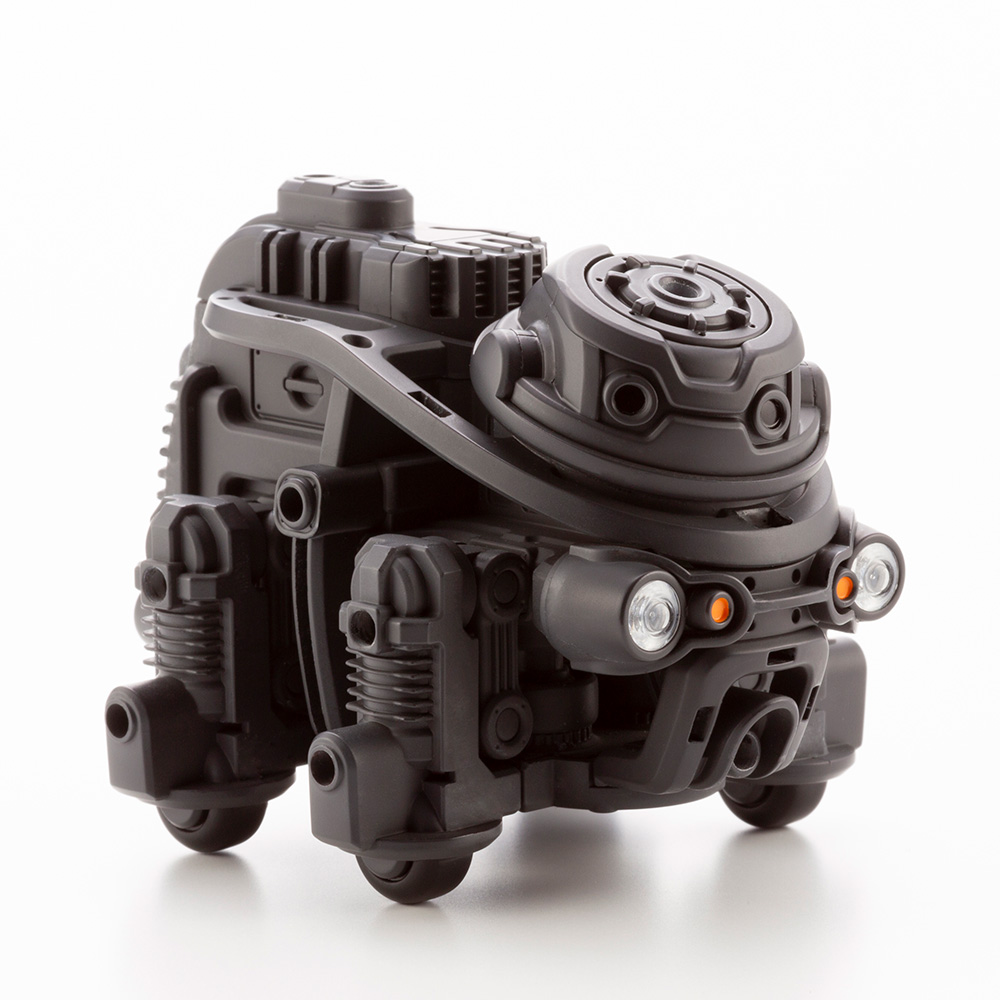 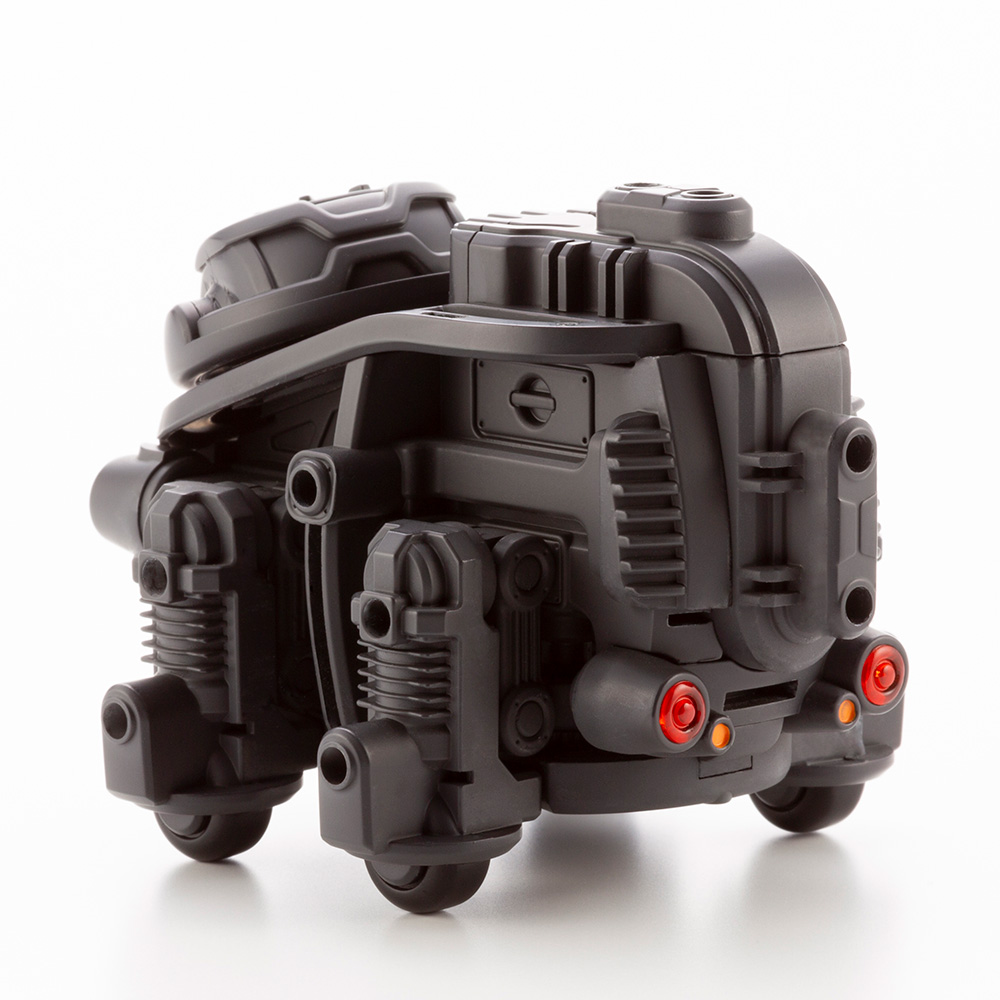 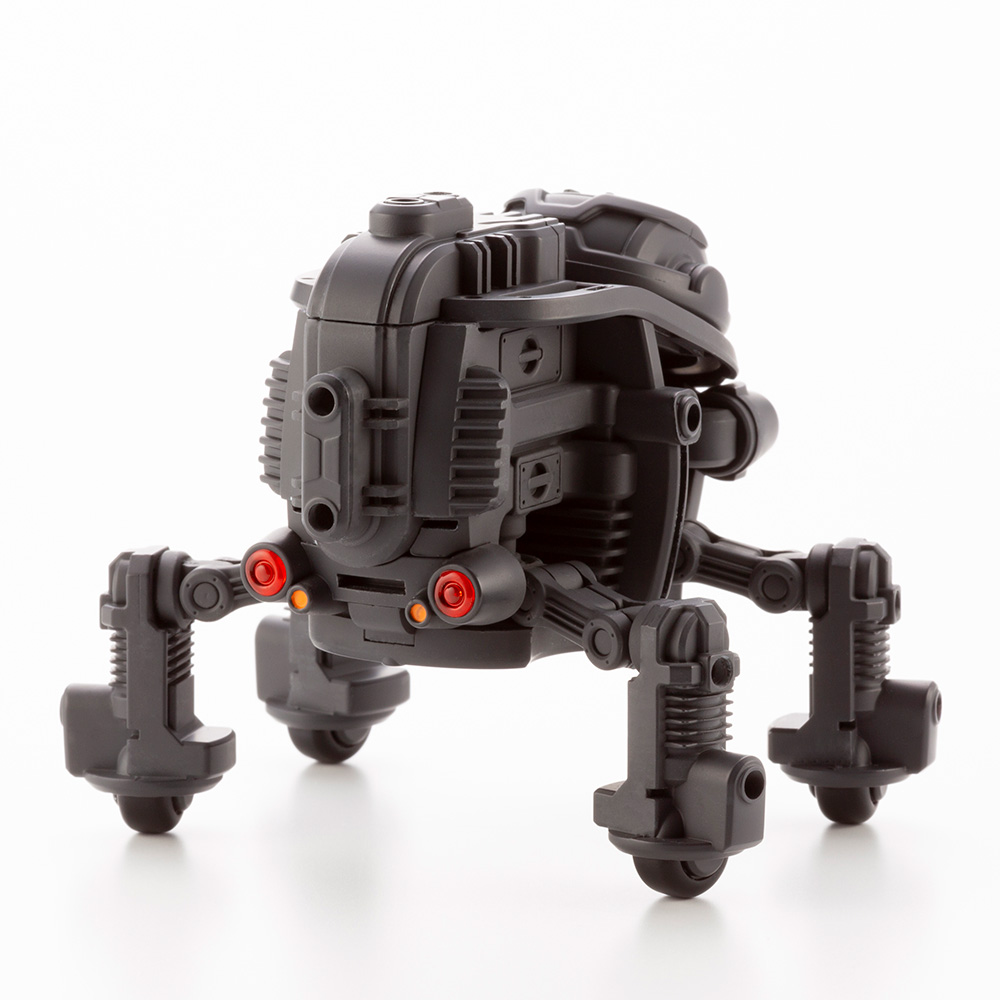 Besides, this TAMOTU model is built with a complete inner frame to which all outer parts can be removed. It’s really amazing on this design, avoid the outer armor’s interference when you assemble the parts of other series, increases the infinite possibilities. 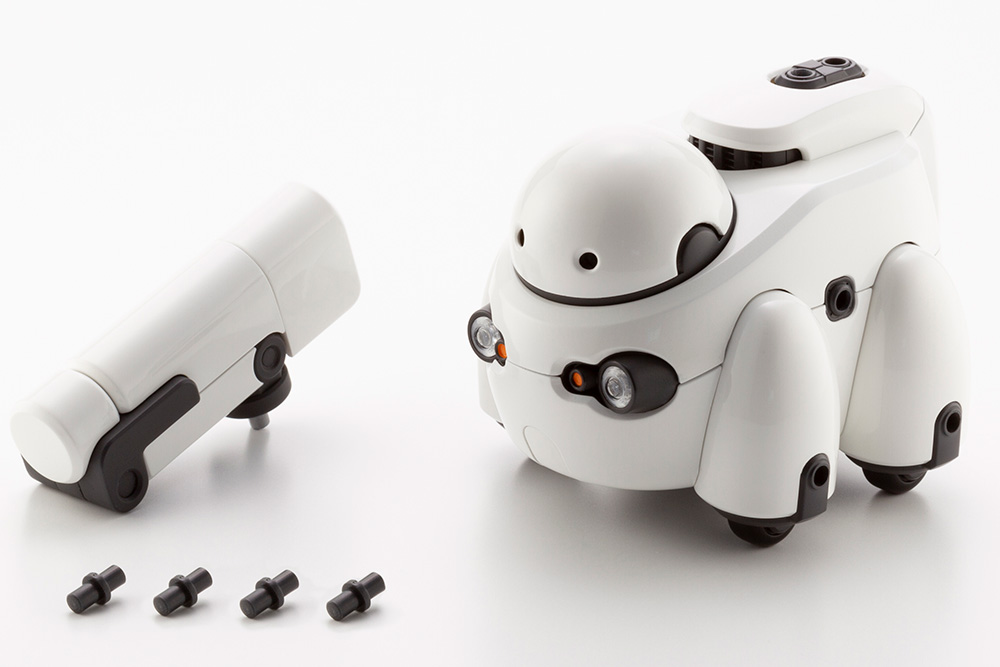 When you remove the robotic arm, the points for 3mm connection joints are all revealed. Includes on both sides of the body, four limbs, head, back, behind, chassis and front end of the robotic arm, which can be installed with a variety of funny parts. 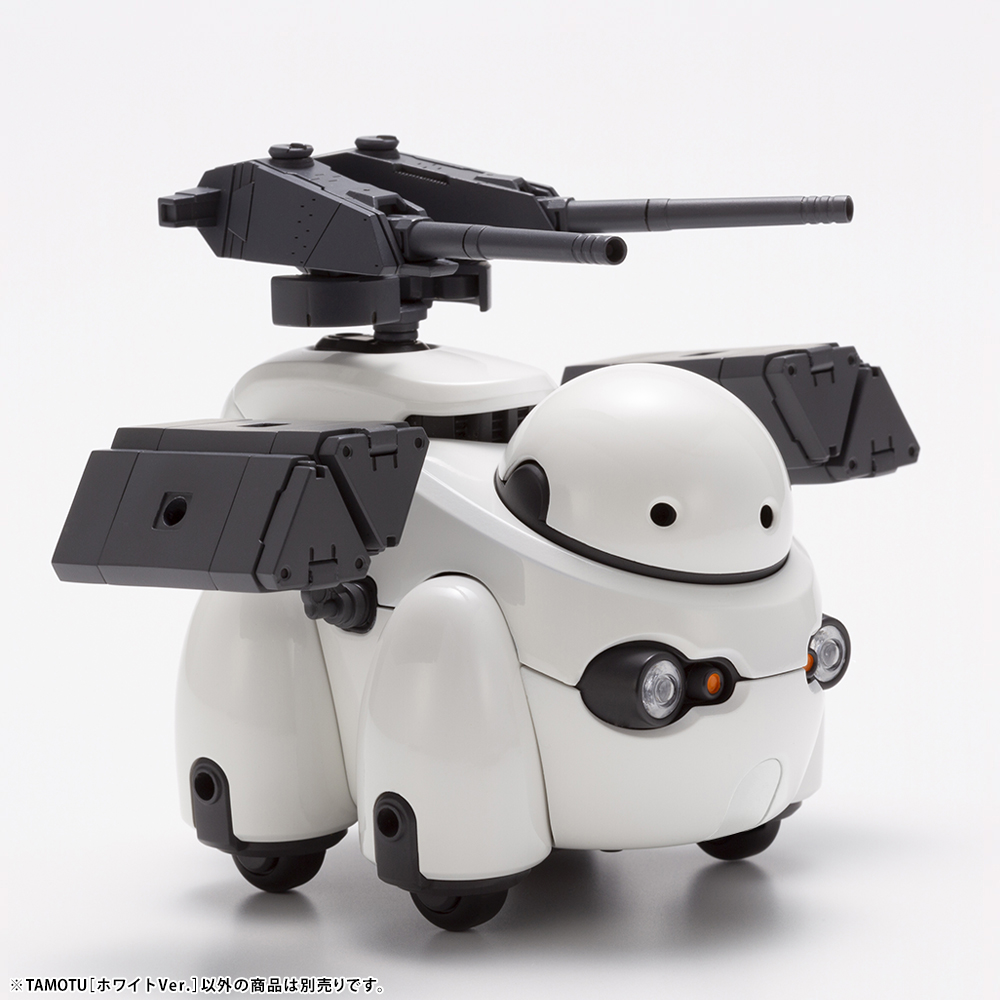 Look at this picture,  you can add multiple missiles on the both sides of TAMOTU’s body, replace the robotic arm with a heavy machine gun. 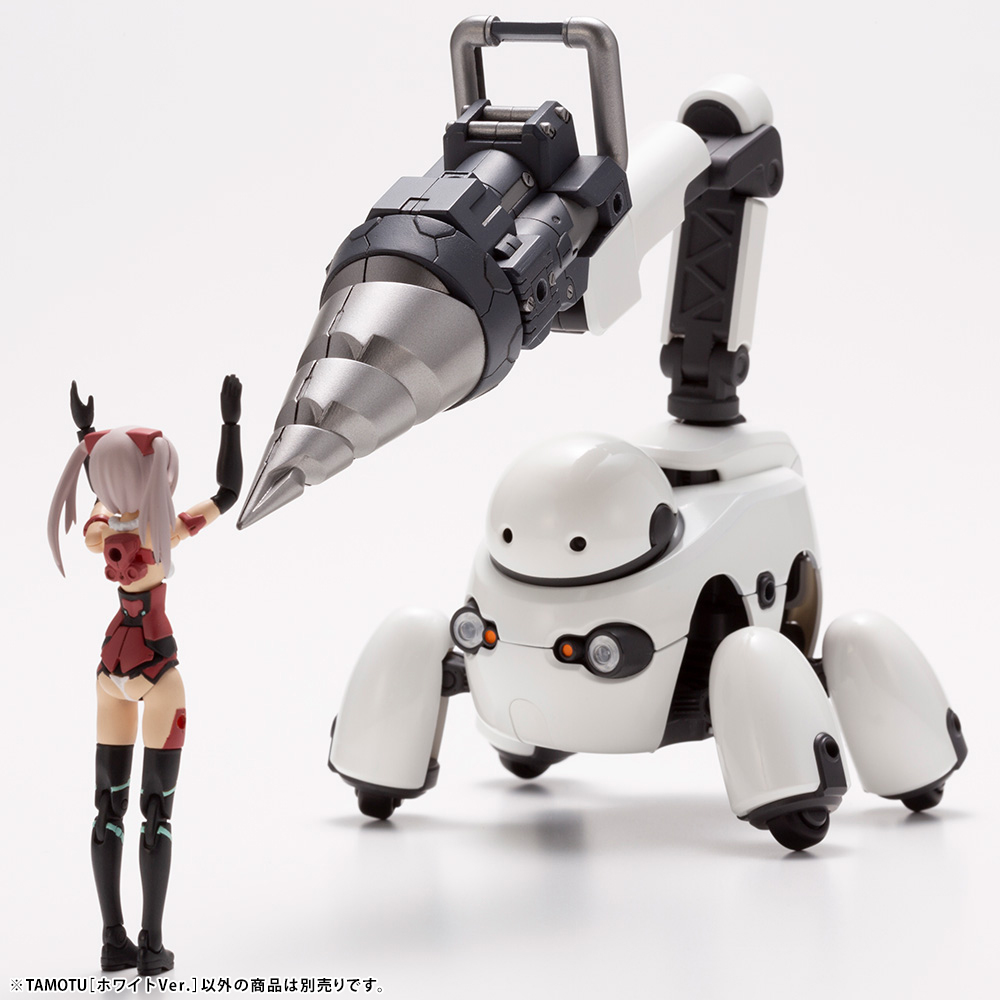 You can add a power percussion drill on the TAMOTU’s back  to pose an attack action. 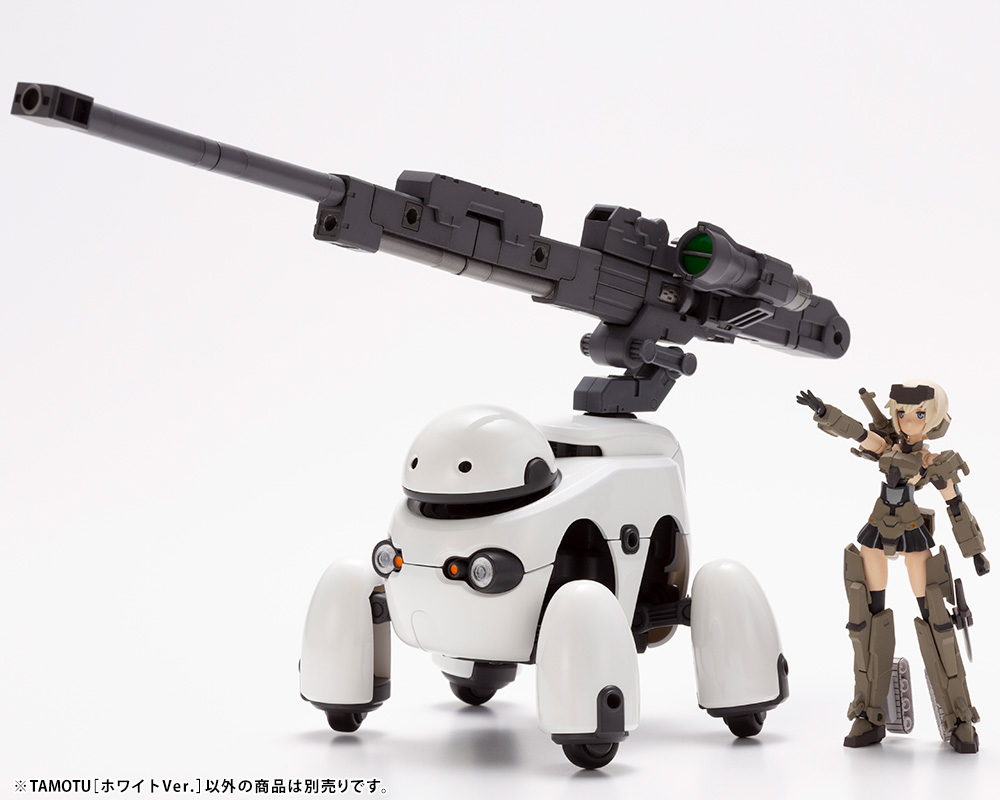 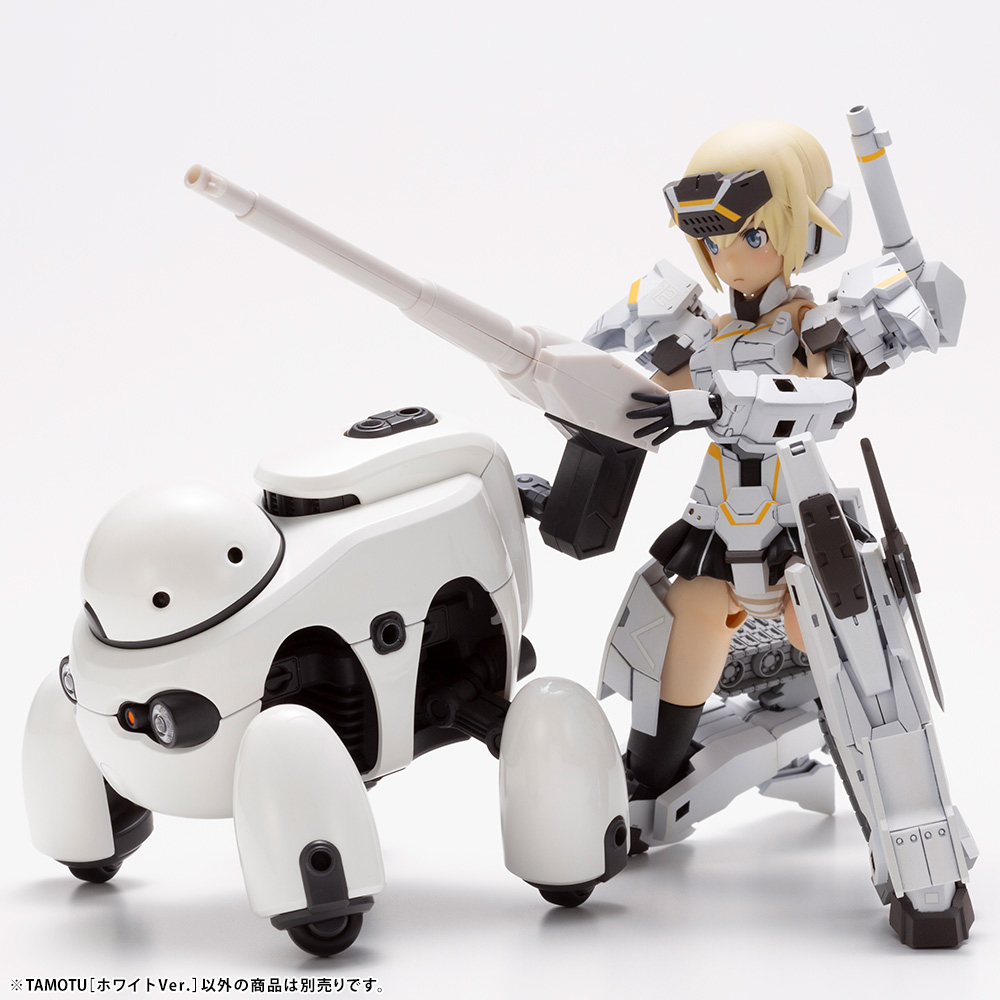 A variety of weapons can be installed on TAMOTU’s body to display many battle scenes. You can completely transform this cute robot into a terrifying killer. 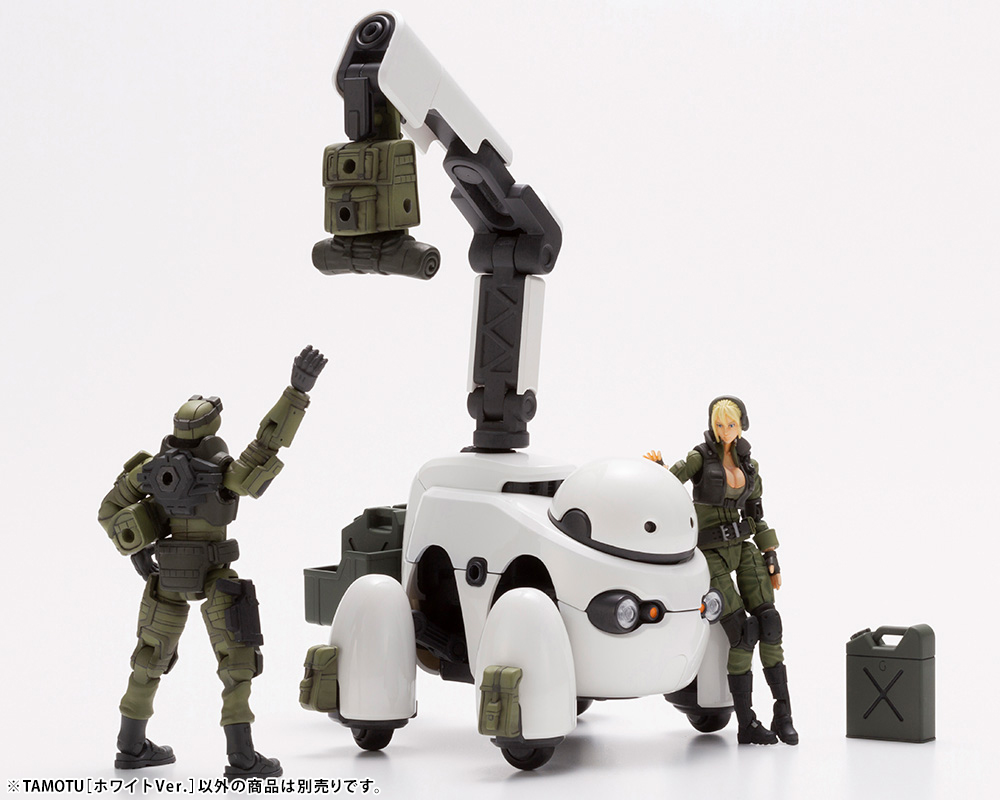 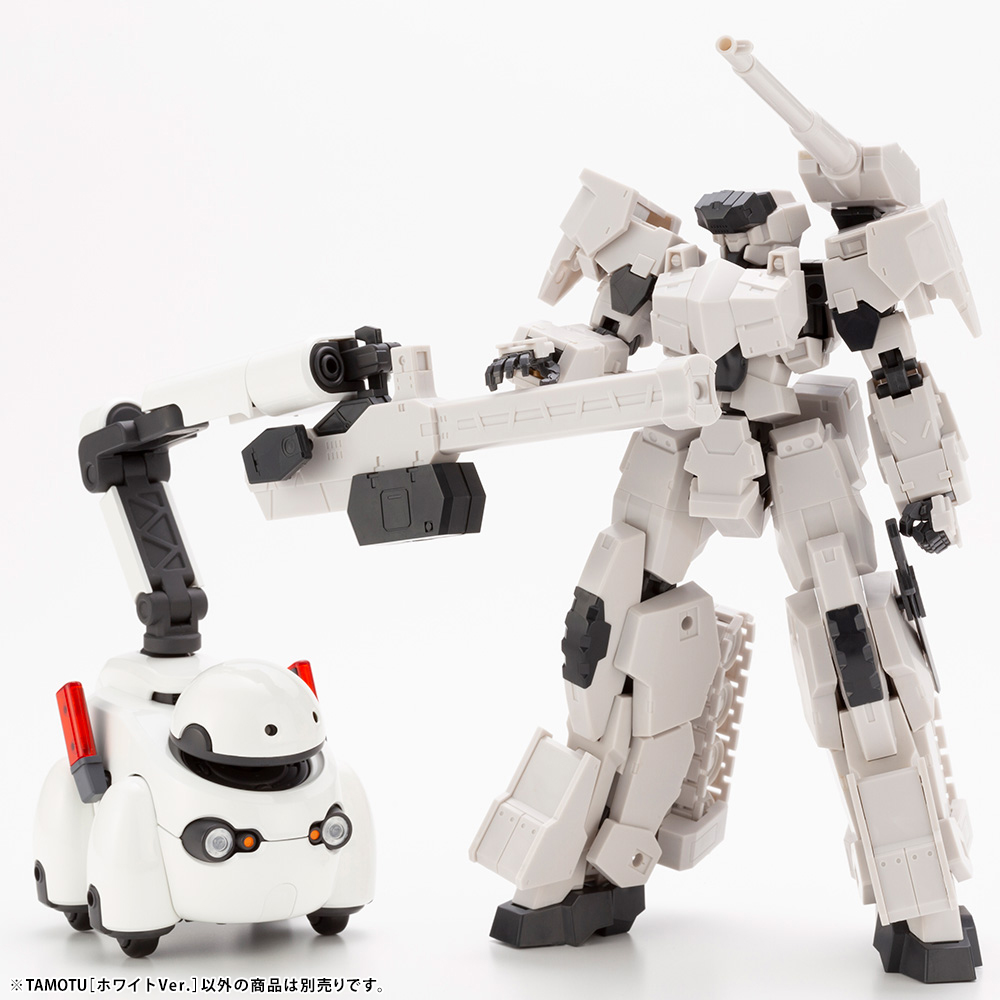 Also, you can transform TAMOTU to a construction vehicle. 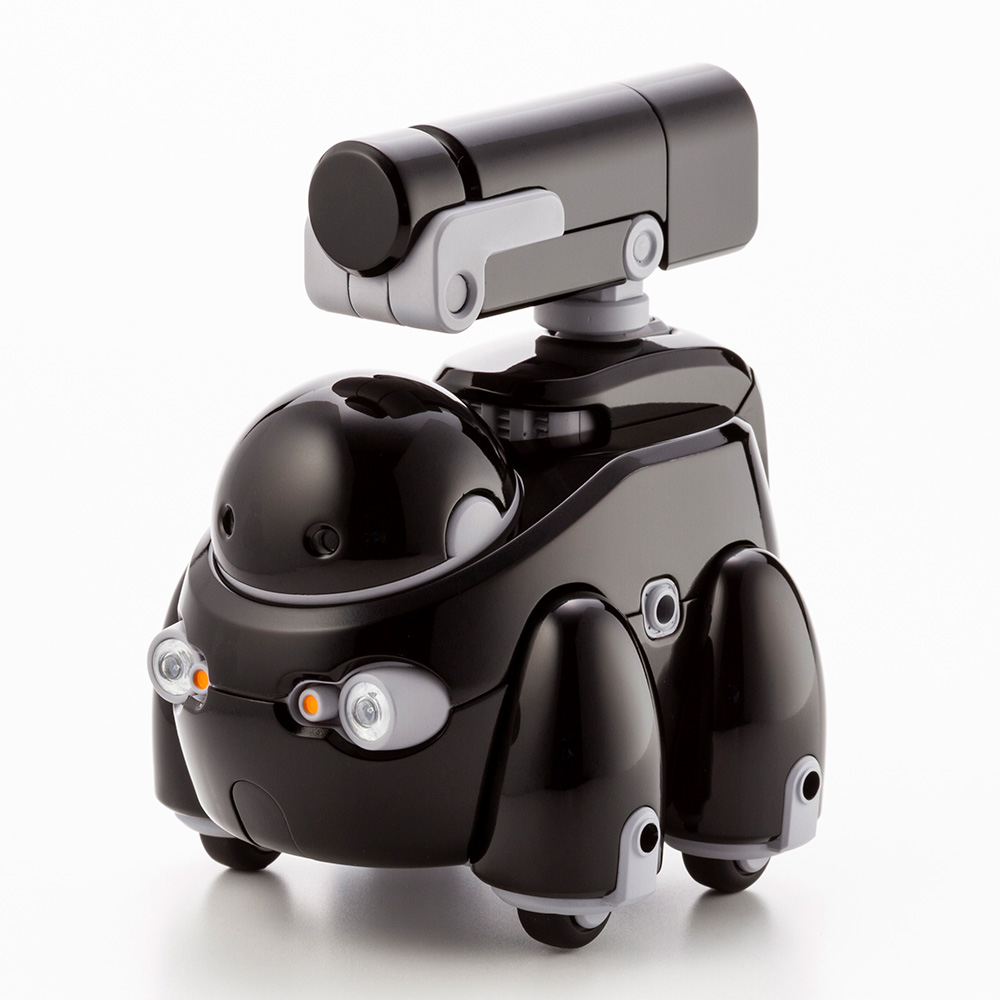 There is also a black version can be chose. Except for the color, the other structures are the same as the white version. 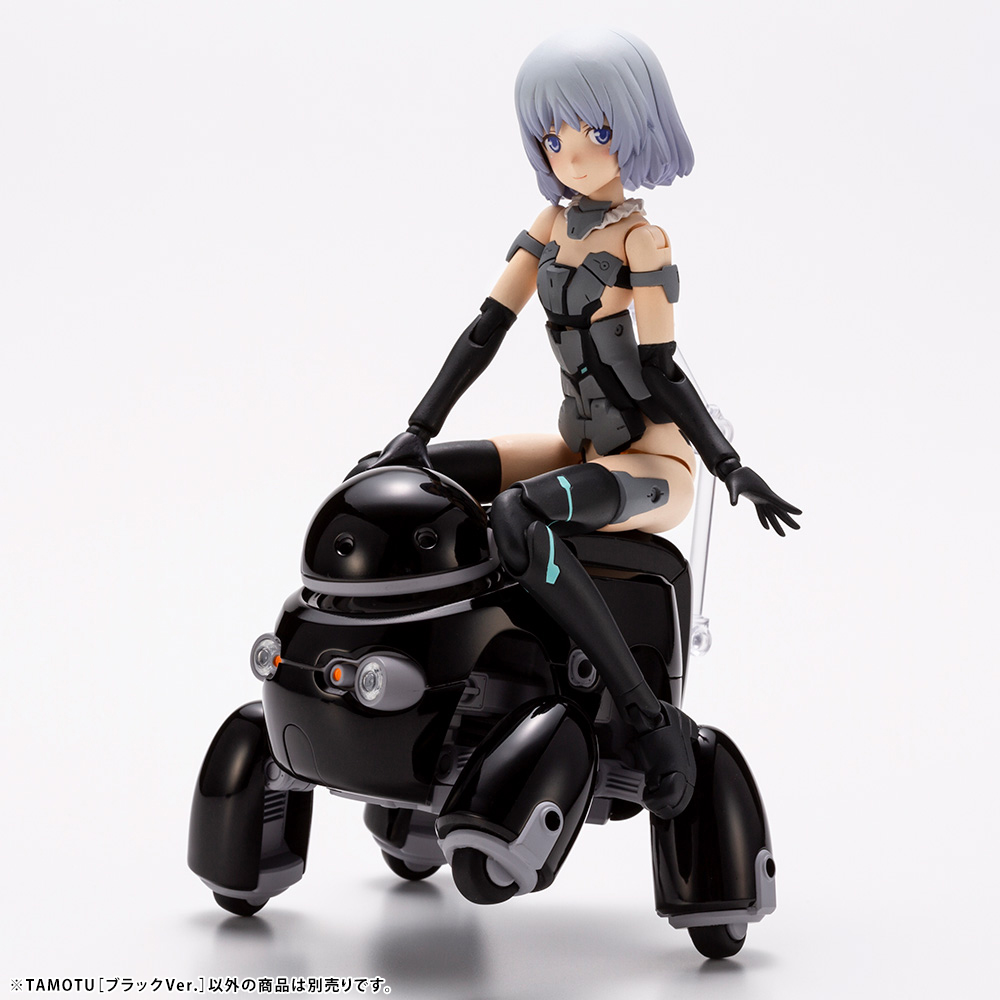 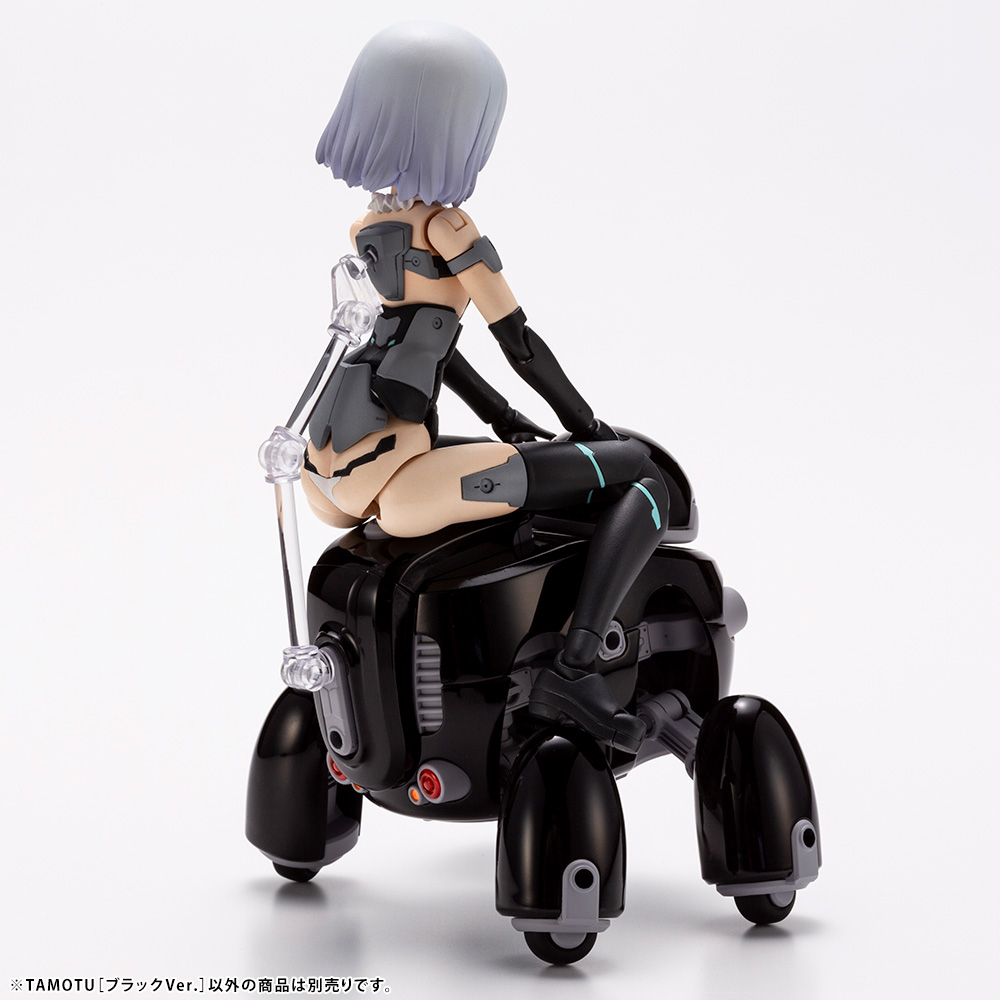 It also can be used as a mount for “Frame Arms Girl“, which is another plastic model series of KOTOBUKIYA.

In fact, these above assemblies are still normal, please see the following more wild assemblies by the KOTOBUKIYA’s unlimited imagination. 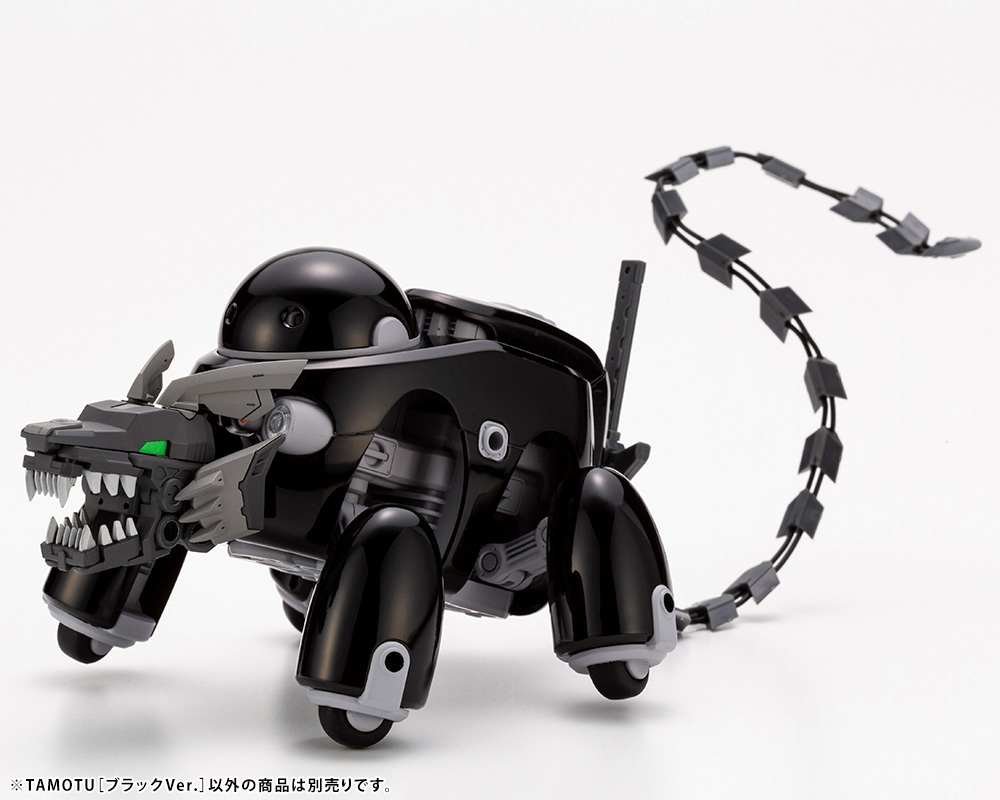 It is unbelievable that TAMOTU transformed into a ferocious wolf. LOL. 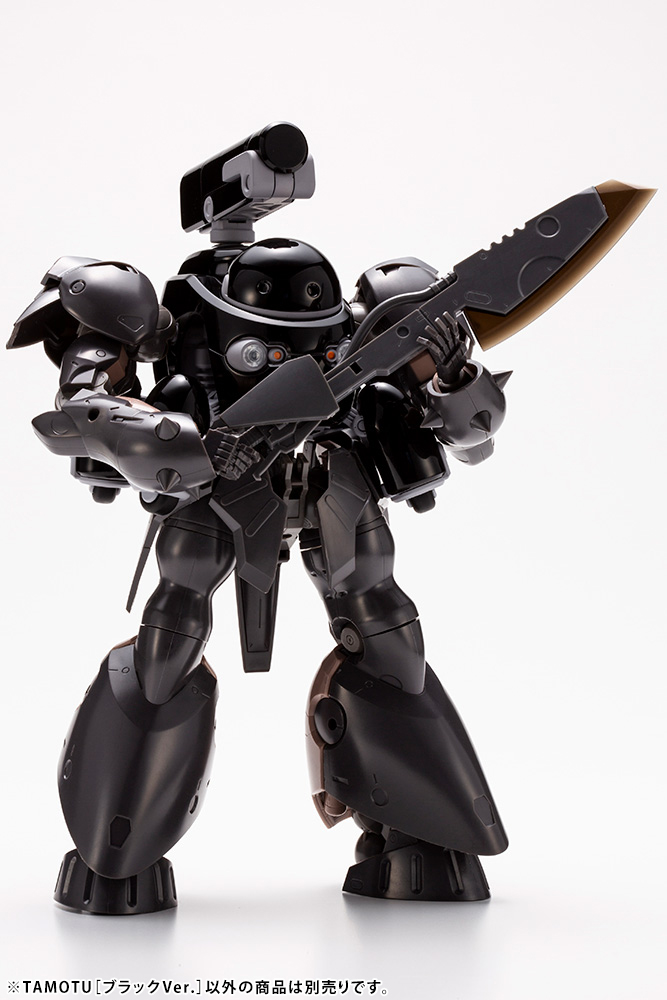 Meanwhile, it can be combined transform into a giant robot.

As long as you have many different Kotobukiya plastic model kits, you can assemble them into various funny scenes, the playability is really very high.