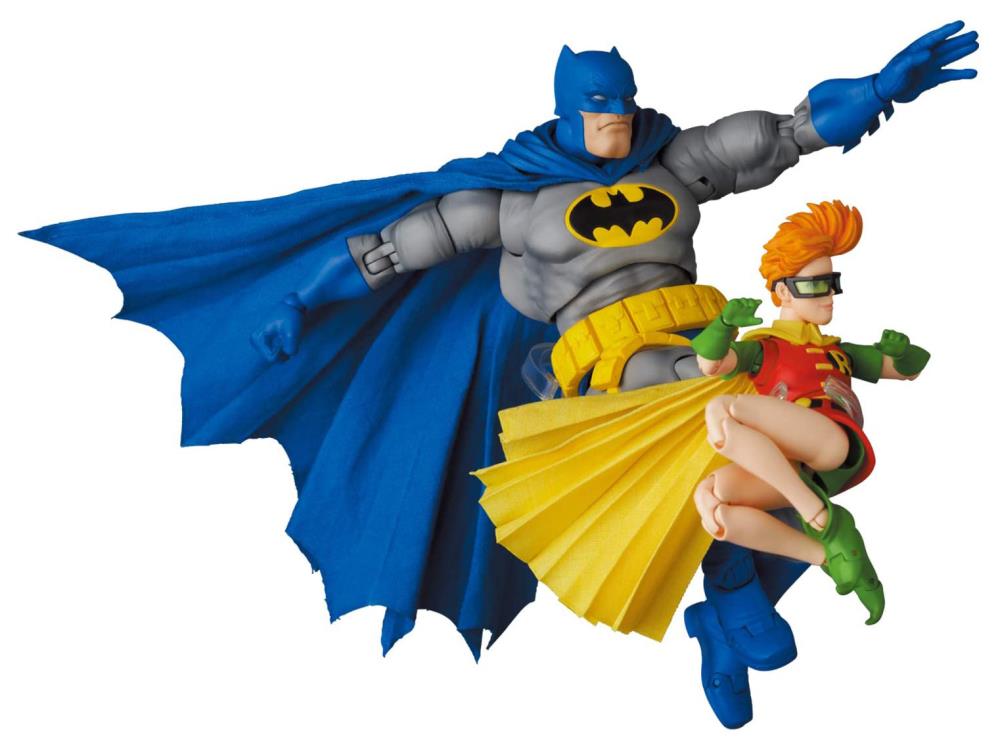 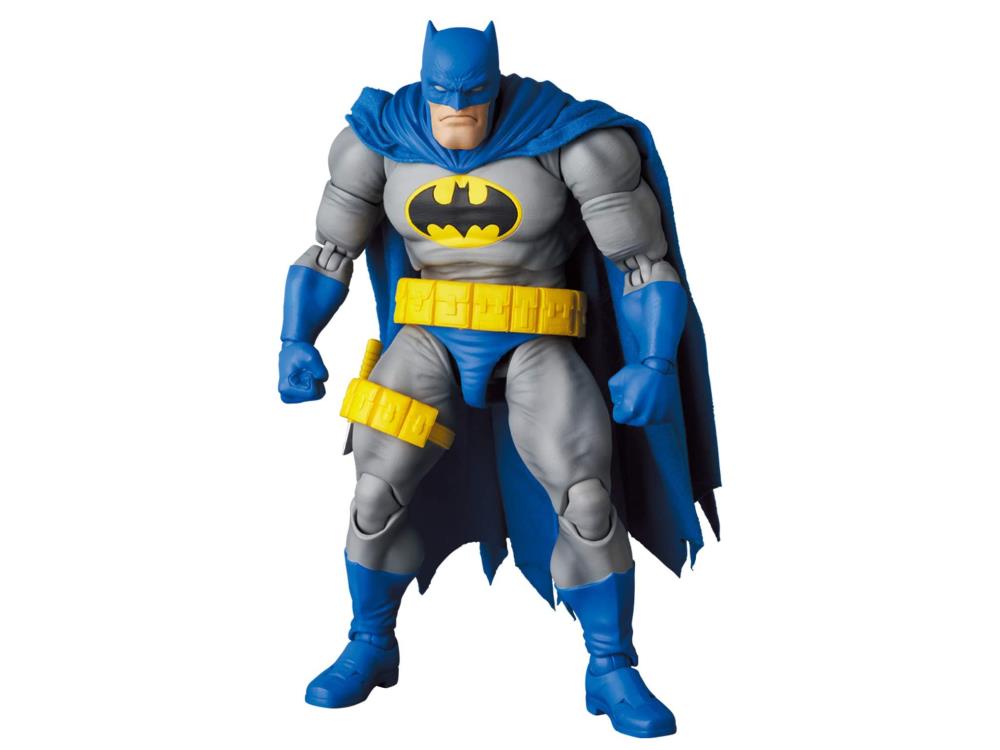 Let’s introduce this Batman action figure first! The styling of this Batman of the Dark Knight Returns version is quite classic. This action figure highly recreates the powerful body and muscle lines in the comics. And the surface of the battle suit also features the real fold details.

The bat logo on the chest part is different from the fat bat logo in the original comics, it uses a yellow-bottom and black bat logo which closes to the Batman animation series and the 1966  Batman classic TV series, and a weapon pocket is also attached to the right thigh. 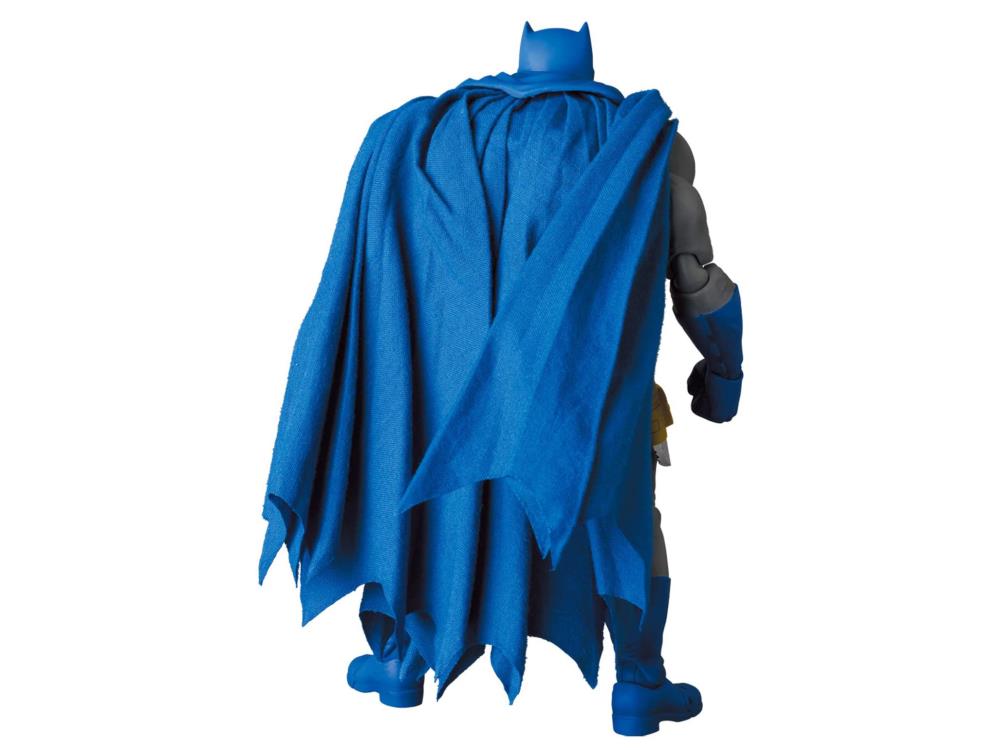 The cape part is made of real materials and the texture is very good. 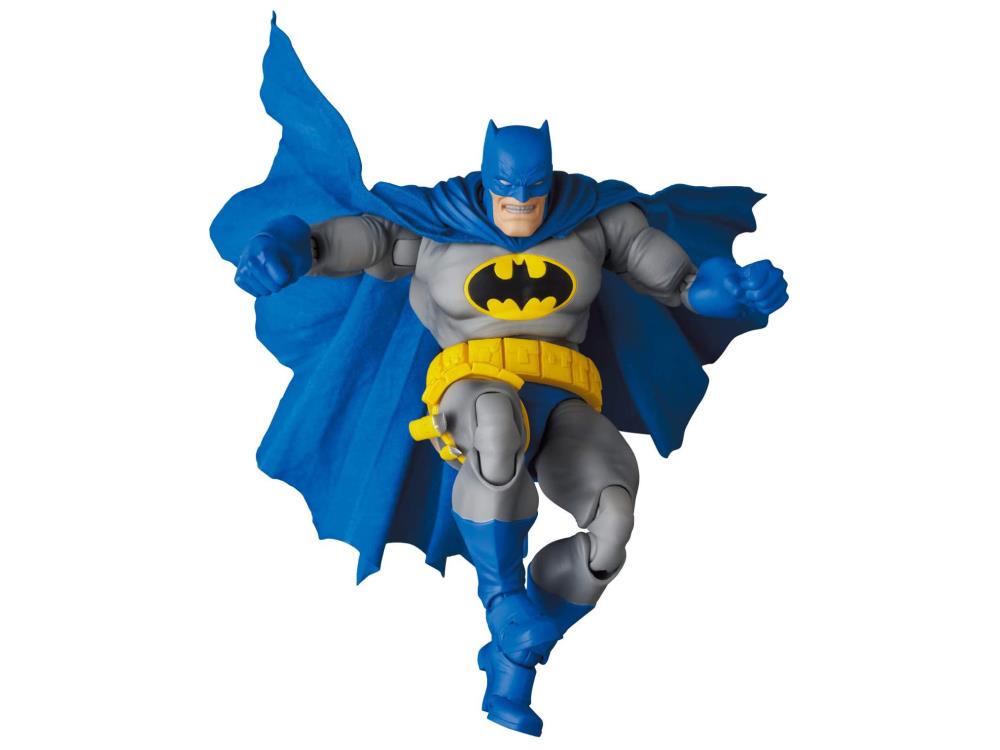 In addition, there are iron wires embedded in the edge of the cape.
So you can freely display the shape of the cape. 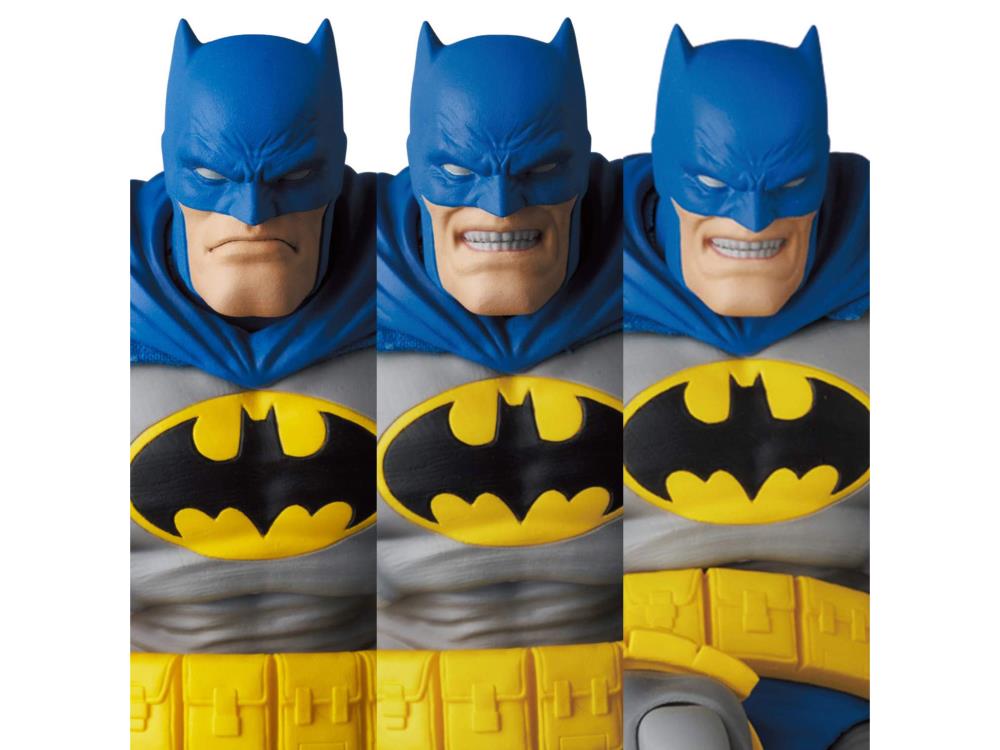 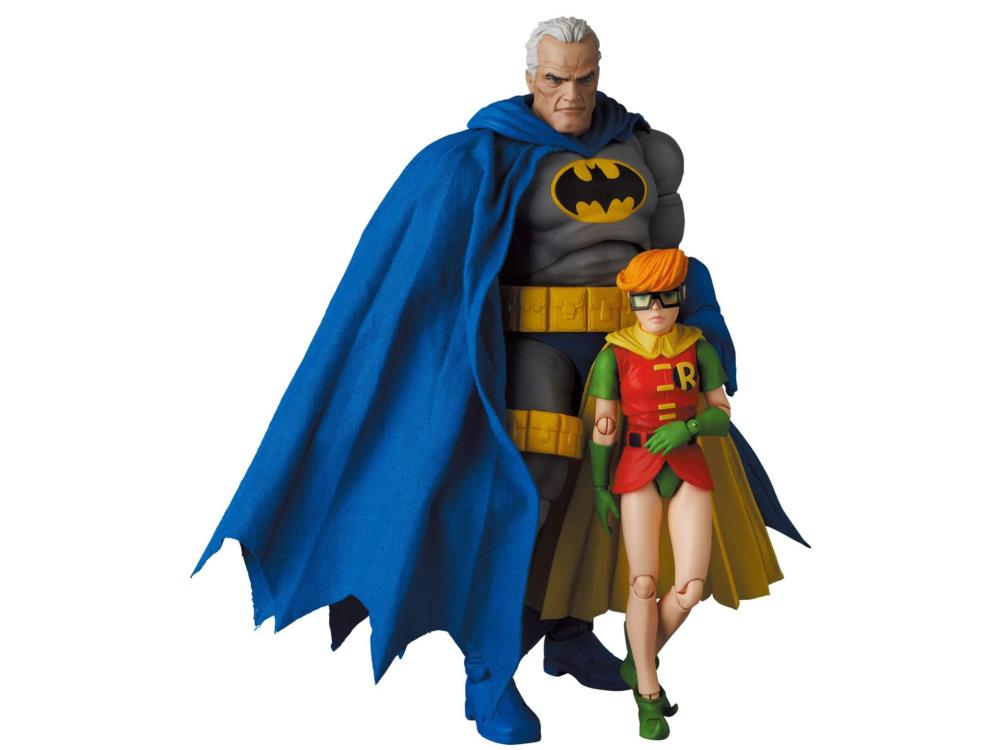 At the same time, there is an old “Bruce Wayne” head sculpt without a mask.
The details of white hair and the shape of the face are well portrayed.
And the biggest highlight of this figure is the attached Robin action figure. 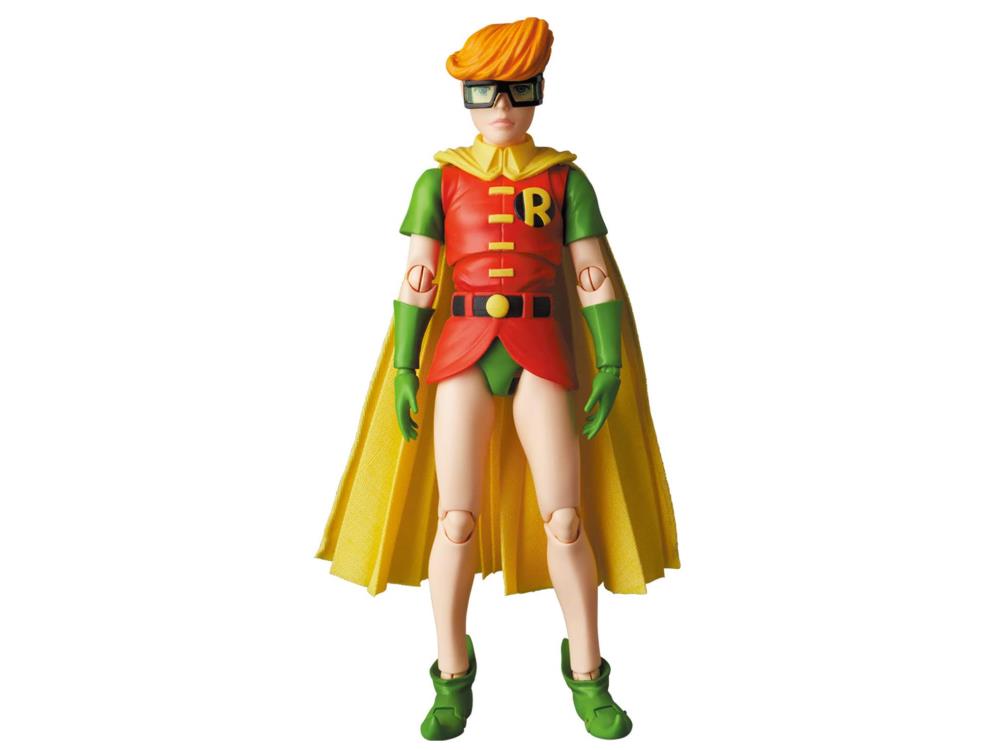 Carrie Kelley is one of the rare female Robin.
This work recreates the petite figure of the female Robin Carrie Kelley in the comics, with heavy black-rimmed glasses, red and green clothing, pointed green shoes that look like a fairy wearing, and a yellow cloak. 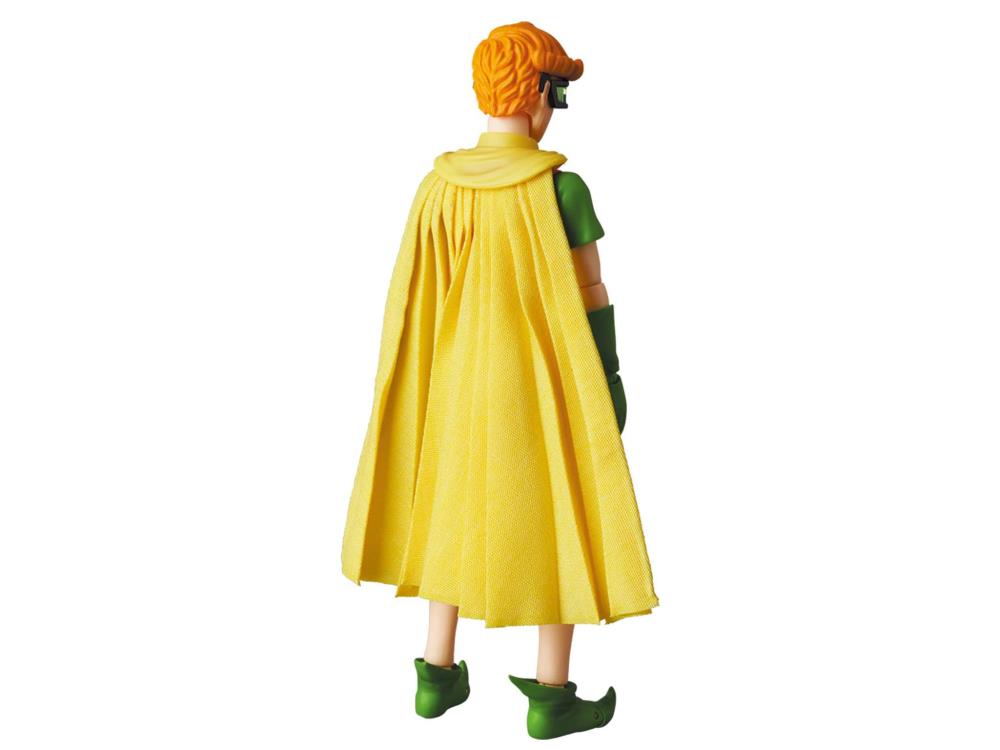 The cloak part is also made of real materials, and with iron wires for posing. 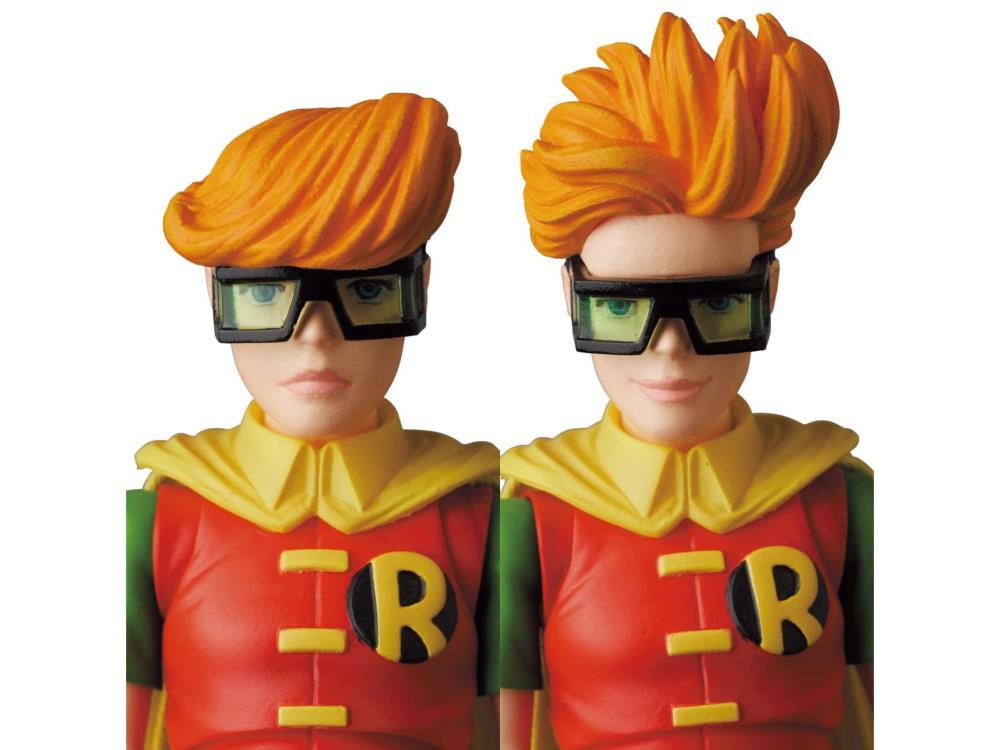 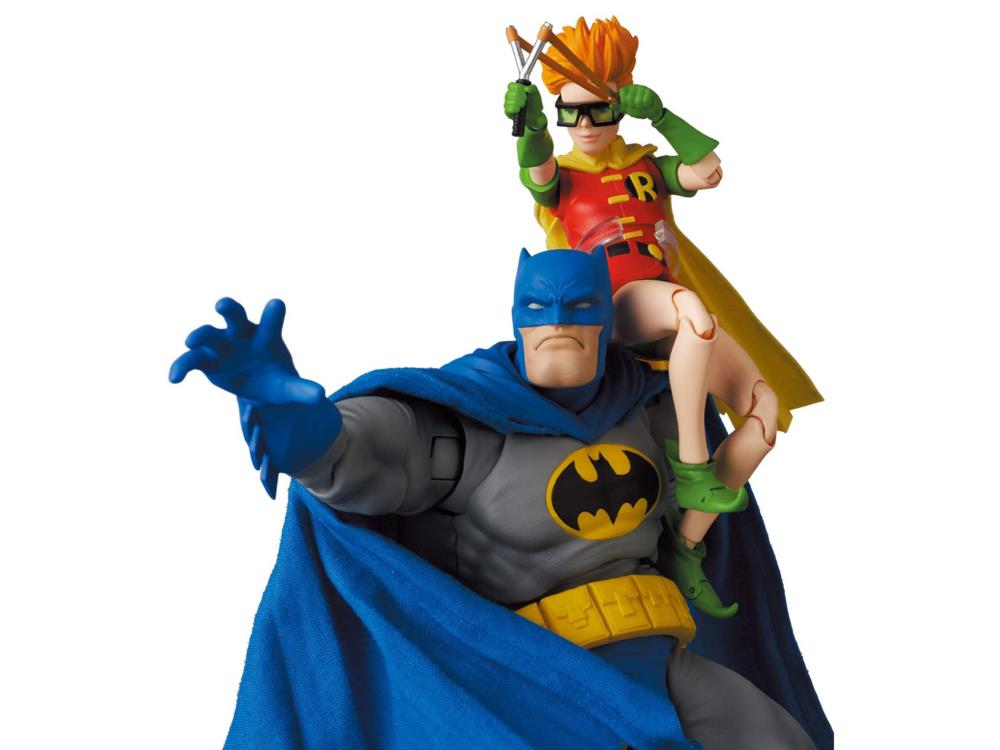 Besides, Robin’s iconic weapon slingshot is also attached.
Combined with the Batman action figure, you can display many interesting scenes.