As the POP One Piece series celebrated its 15th anniversary in 2019. Roronoa Zoro Figure, the great swordsman of the Straw Hat Pirates, finally have been released by MegaHouse. 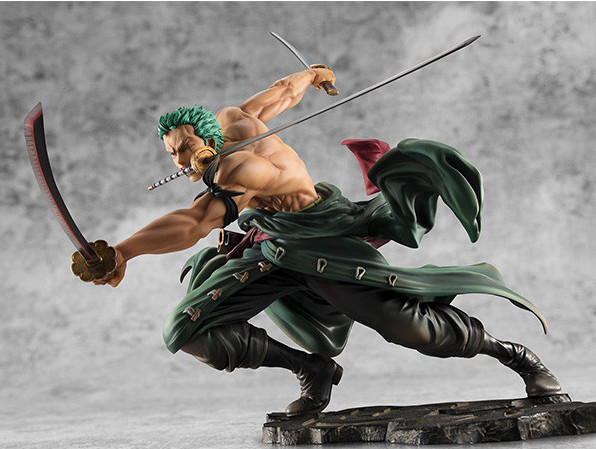 This time, Roronoa Zoro figure has been posed in meticulous detail making use of his trademark Three Swords Style Ultimate Attack: Three Thousand Worlds.
When Zoro fights, his mouth and hands can control three swords in the same time.
I’m very familiar with this attack, Zoro can use airflow generated by rotation of his swords to create a fairly fast wind. If you are just an ordinary soldier, you wouldn’t be able to see all the swords Zoro wields.

When I first saw this Roronoa Zoro figure, I am totally impressed by the color schemes and the beautiful lines of the muscle. As seen in One Piece, Zoro is holding a sword in each hand, and also has a
sword in his mouth. Zoro is in a very serious position. 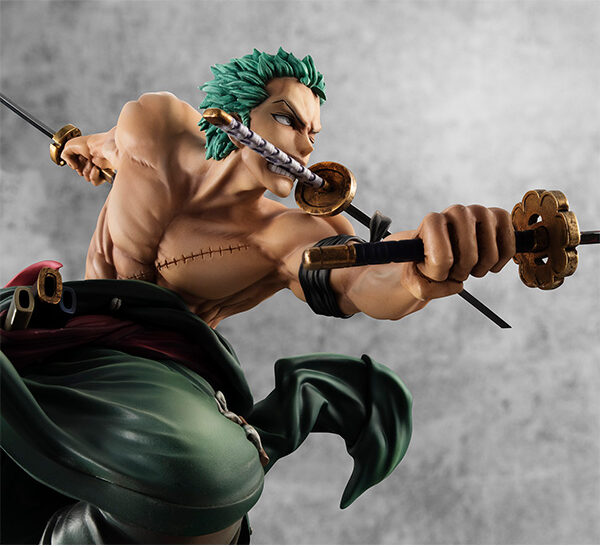 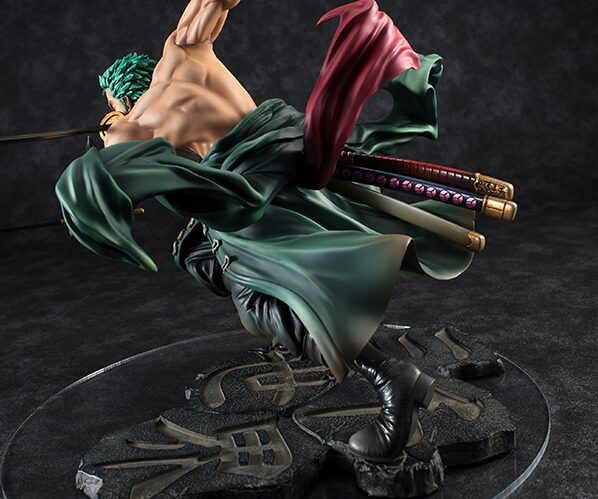 The folds of Zoro’s clothes are handled quite well. The Zoro’s clothes swings in the wind during the  attack of Three Thousand Worlds, which creates a dynamic feeling. Zoro’s muscles are so aesthetically pleasing that is definitely a bright part of the design.
And this Roronoa Zoro figure also has a base, designed as a rock, which be written of the words “Three Thousand Worlds” . 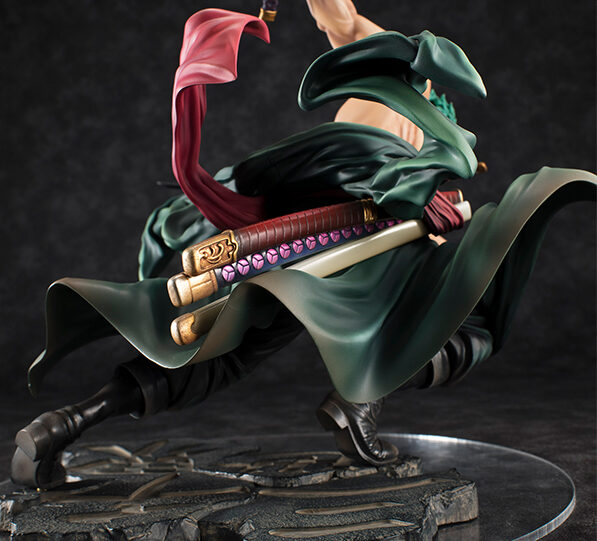 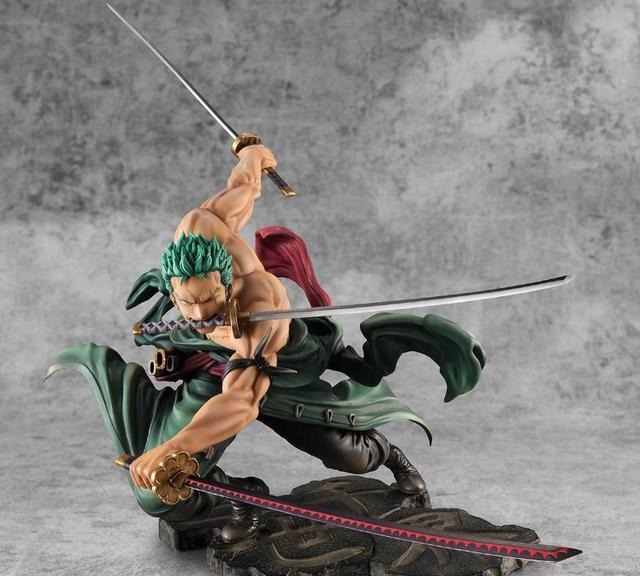 The three swords held by Zoro are quite looked well-made. The texture of swords looks very exquisite, and the figure also shows the luster of swords. It is a feeling called sword light and sword shadow.

Back to the color, The Zoro’s clothes is very well colored, and if you look carefully, the color of clothes is gradually changing.

On the whole, Zoro’s tempered body, gleaming eyes, iconic outfit and his three swords have all been sculpted in amazing detail with a dynamic appearance the provides the impact and quality .

It’s a great figure to add to your collection, no ONE PIECE fan should be without him, so don’t miss your chance!